Timothy and Caroline Hand take a look at new innovations to inspire your organisation to have a more sustainable future. 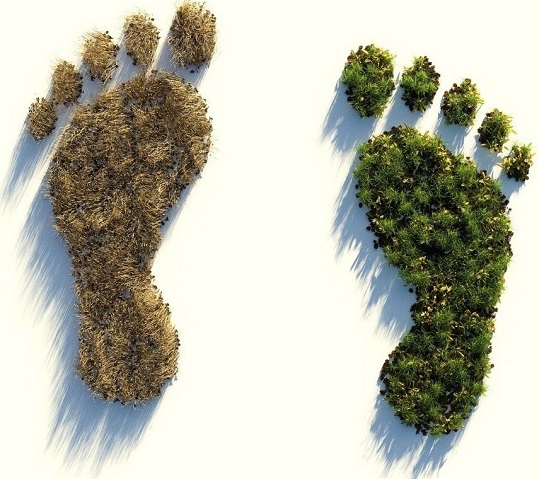 According to the Zero Carbon Humber (ZCH) partnership, the Humber region emits 12.4m tonnes of industrial CO2 every year and is the UK’s largest producer of the greenhouse gas. This makes reducing carbon emissions in the region a vital element of the UK’s 2050 net-zero goal. Promisingly, the Keadby 3 and Keadby Hydrogen power stations, which are being developed by SSE Thermal and Equinor to replace older carbon-based stations, could represent a notable step towards this target. Keadby 3 is to use natural gas and carbon capture technology, which will remove CO2 from emissions. This CO2 will then be transported through pipelines and stored in rocks under the North Sea.

The companies claim that Keadby 3 could account for 15% of the target for 10MT of carbon to be captured every year by 2030, and that Keadby Hydrogen could represent a third of the 5GW hydrogen production goal. Both plants are expected to be online by the end of the decade, and a spokesperson has claimed that they could create 1000 jobs during the construction phase, and over 100 when fully operating. Given the importance of green jobs and an eco-friendly power supply, it would be great news if similar projects start powering forwards!

Preventing carbon from polluting the atmosphere through carbon capture is a commendable goal in its own right. But what if the captured carbon could be put to use? Several organisations are already thinking along these lines, such as the consortium behind REACT-FIRST, a project using carbon to produce a new kind of protein. Their process, which involves feeding microbes with carbon, hydrogen and water, results in the production a single-cell protein named Proton, which could be used as an alternative to soy and fishmeal. Not only does Proton have the potential to transform CO2 from a waste product into a valuable resource, it also has a 90% lower carbon footprint than traditional animal feeds, as it doesn't require transportation over long distances, or involve harmful practices such as overfishing and deforestation in its production.

On a similar note, another consortium (including Rotterdam The Hague Airport and Climeworks) has formed to create a sustainable aviation fuel (SAF) produced with carbon captured from the air. The project, known as Zenid, seeks to provide CO2 to a co-electrolysis unit by means of a direct air capture plant. The CO2 and added water would then be turned into a syngas, transformed into liquid hydrocarbons, and refined into SAF. Given that SAF is regarded as one of the only possible means of decarbonising air travel, Zenid’s success could represent a soaring breakthrough!

Since shipping currently represents around 3% of global annual emissions, and might produce 14% more CO2 emissions in 2030 than in 2019 if left unchecked, it could have stormy consequences for the planet. Thankfully, two companies are planning to reduce the shipping industry’s carbon footprint by harnessing the power of the wind. Windship Technology, a UK-based company, has developed a wind rig with aerofoil sails, which can be used on large commercial oil tankers or bulk cargo vessels. Its structure is based on design and technology from the wind turbine industry, and it has already been endorsed by the University of Southhampton’s Wolfson Unit and Cape Horn Engineering following simulations. If appropriately rigged, a commercial vessel could achieve 30% savings on fuel and emissions annually.

BAR Technologies have been pursuing a similar course, by developing solid wing sails known as WindWings, which can capture wind power and improve aerodynamics on bulk cargo ships. The WindWings could deliver CO2 reductions of 30% in combination with route optimisation software, and BAR Technologies plans to release its first vessels upon the high seas next year, with the aid of Cargill and naval architect Deltamarin. Who knows how many ships will be feeling the wind beneath their wings in the future?

Despite raised awareness over plastic packaging, the UK still has a long way to go to resolve this issue, particularly given that it produces 2.4m tonnes annually, the second highest per capita in the world. The global situation is also bleak, with half of the plastic produced becoming waste in less than a year. However, a new recycling process developed by UK-based tech firm Mura could represent a significant triumph. The process, known as HydroPRS (Hydrothermal Plastic Recycling Solution), converts plastics back into their oil and chemical components with superheated steam. Excitingly, Mura has claimed that the technology can be used on all forms of plastic, including traditionally ‘unrecyclable’ ones such as flexible and multi-layer films, pots, and tubs.

Furthermore, the oils resulting from the process can be used to create virgin-grade plastic, and there would be no limit on the number of times the same material could be processed, in stark contrast with ‘downcycling methods. The new plastic could potentially be used in food packaging, which would mark another improvement over other recycling processes. Construction has already begun on Mura's first large-scale recycling plant, which is to be located in Teesside, with further sites planned in the US, Asia and Germany. Full steam ahead!

The UN has stated that e-waste represents the world’s fastest-growing domestic waste stream, with the 50m tonnes generated annually set to become 110m tonnes by 2050. To make matters worse, less than 18% of waste electronics items by weight were documented as reused or recycled in 2019. Fortunately, Soluboard, a new circuit board developed by Jiva materials, could help offset these alarming trends. Soluboard is flax-based, and its organic structure means that non-toxic ingredients separate when immersed in hot water. This allows for the removal of electronic components for re-processing and recycling, which is particularly beneficial given that these components contain precious, rare metals such as gold and palladium. Meanwhile, the biodegradable flax fibres can be repurposed or composted.

This process is far more efficient and environmentally friendly than the current method of recycling printed circuit boards, which involves shredding and incineration. Furthermore, the Soluboard could also enable carbon savings due to its lighter weight compared with traditional circuit boards, which enables the shipping of more material. Its potential has been highlighted by the Postcode Lotteries Green Challenge, which awarded it a €200,000 runner-up prize. Given that we’re definitely in hot water with our e-waste problem, these immersible circuit boards might have arrived in the nick of time!

With the sale of new gas boilers in new homes to be banned in the UK from 2025, it’s clear that the age of the gas boiler is coming to an end. While this could have very positive results (heating currently accounts for 14% of the UK’s carbon emissions), the question of how the gas boilers could be replaced with eco-friendly alternatives has yet to receive a clear answer, although several options such as hydrogen and heat pumps have been suggested. Joining these potential solutions is a new kind of boiler developed by UK technology company Heat Wayv, which heats water with microwaves produced by internal solid-state components.

According to Heat Wayv, the boilers could reduce a household’s CO2 emissions by up to 24% and will be a plumbing-compatible replacement for gas boilers. If the in-house trials expected to commence in 2022 succeed, the boilers could be available for installation by 2024. Let’s hope that they represent another step towards waving heating emissions goodbye, or our climate might end up boiling instead!