In our latest review of green innovations, Caroline Hand takes a look at some remarkable breakthroughs which may soon be “greening” our everyday life at work and at home. 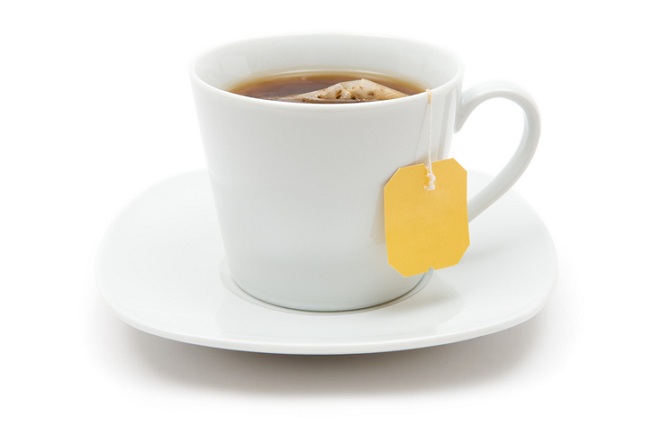 It will come as a surprise to most of us that all those teabags we have been dutifully putting in the food waste bin actually contain plastic — polypropylene polymers which are used to seal the teabag and help it to keep its shape. This plastic either ends up in landfill or contaminates the composting process. While the amount in each bag is fairly small, across the UK it adds up to 150t each year. The Co-op, as part of its drive to eliminate unnecessary plastic, has now developed a completely plastic-free teabag for its own-brand 99 tea. The bags are fully biodegradable and are manufactured using a heat-sealing process.

Turning from the bag to the tea leaves, Sainsbury’s and Unilever, in partnership with bankers Barclays, BNP Paribas and Standard Chartered, are trialling a blockchain system that records price, produce and production information on tea farmers in Malawi. Farmers who are using sustainable methods can be offered preferential terms or access to credit. The trial could reach more than 10,000 Malawian tea farmers and if successful, could benefit 1.5 billion families worldwide who depend on small-scale farming. (See also Q&A Blockchain).

By now, coffee drinkers must have heard the message that most takeaway coffee cups are not being recycled, but how many reusable coffee cups have you spotted lately in your local coffee shop? A new brand may help to capture the imagination of coffee drinkers and increase recycling levels. The Camcup — also known as Wasbeans — is made of an innovative new material comprised of upcycled waste coffee grounds and a recyclable plastic. It has been developed by Cambond, a Cambridge startup company producing green adhesives. The inventors, Gareth Roberts and Dr Xiaobin Zhao, came up with the product as a way to showcase their new fusion of plant and plastic technology, and have worked hard to develop an eye-catching design which will appeal to consumers as well as being fully recyclable. They have developed two separate products, one for the B2B market and another for consumers, which hopefully will appear on the market later this year.

Or a refreshing mineral water?

Here in the UK, pure, clean water is available free of charge from our taps, but some discerning drinkers still prefer the taste of bought mineral water — all too often purchased in a single-use plastic bottle. A remarkable new device called LaVie allows water connoisseurs to have the best of both worlds; pure mineral water which comes without any plastic packaging and does not even require a filter. The device is made of a wooden box, containing a one-litre glass bottle. The box is fitted with a UVA lighting device which treats the water, removing bacteria, chlorine, traces of pesticides and medicines while preserving all minerals. This patented technology is known as advanced oxidation by homolytic rupture. LaVie has a lifespan of 10 years and is made of natural eco-friendly materials: a bamboo box and a borosilicate tempered glass bottle. While it does require some electricity, the power consumption is low. For every LaVie purchased, manufacturer Solable will give a donation to an NGO.

And the sustainable comfort break

Among the winners at January’s edie Sustainability Leaders Awards was an unglamorous but surprisingly effective innovation which could save vast quantities of water worldwide. Instead of using mains water to flush toilets, the Encore Cistern uses the condensate (water) from air conditioning systems. Seeing that toilet flushing accounts for almost half the water use in offices, this is a significant benefit. The rewards of installing this cistern would be even greater in hotels, which are some of the biggest water users in the built environment. In the UK, Encore Cistern could save 218 million litres of water each year if installed in the 114 hotels currently being built. The cisterns are easily retrofitted to existing buildings and are no more difficult or costly to instal than a conventional cistern.

The difference between Encore and an ordinary cistern is that Encore has a much higher capacity, which enables it to store the condensate. However, it can still fit in the void used by a normal cistern. It has two separate chambers, the top one to accumulate the condensate and the bottom one to flush the toilet. While flushing, a communication valve opens, allowing stored condensate from the top 12-litre chamber to enter the bottom chamber. In hot climates, where a large amount of condensate is generated, no mains water is needed, but the system does include a backup to bring in mains water if all the condensate has been used. When installed as part of a new build or refurbishment, the Encore costs no more than a conventional concealed cistern of similar quality, and it starts saving water straight away. Buildings which instal it are entitled to BREEAM credits and LEED points — an acknowledgment of its environmental effectiveness.

Electric cars aren’t always a realistic choice for city dwellers who have to park in the street and cannot use their household sockets for charging. But in Kensington and Chelsea, they now have the option of tapping into lamp-posts! German electricity business Ubitricity is adding its Simple Sockets to 50 streetlights across the borough. Drivers plug in their cars using Ubitricity’s SmartCables, allowing their electricity consumption to be measured and tracked online. The sockets don’t require any logging in of details, or authorisation — all this is done by the cable, which contains a mobile, calibrated electricity meter and SIM card. Drivers can charge their vehicles at any Simple Socket using the same tariff, which is separate from their home electricity bill. And there is no fear of the streetlights going out: they have surplus energy after being converted to LED lighting. (See The right light for the benefits of LED).

If this trial project is successful, it could be rolled out to other areas and help greatly in the transition away from polluting petrol and diesel vehicles.

… through the polluted city streets

In the meantime, poor air quality in London and other major cities remains a problem. One possible solution is the Smog-Free Tower — the largest air purifier in the world — created by Dutch designer Daan Roosegaarde. It acts as a refined, enlarged version of the air purifiers found in hospitals, sucking in air at the point where copper coils create an electrostatic field that attracts smog particles. The tower can clean more than 30,000 cubic metres of air each hour, using the same amount of electricity as a water boiler. Disadvantage: it is 23 feet tall. However, towers have already been installed in the Netherlands and China, and within the next few months, a new tower will start cleaning up the smog in the Polish city of Krakow. The Smog-Free Tower concentrates the pollutants which, in an imaginative twist, are encapsulated in rings which people can buy to help finance the project. If more of these towers are introduced, city workers and residents will be able to relax in a bubble of clean air — making those coffee breaks healthier as well as more sustainable!