Late-2020 saw a flurry of green policy announcements, a long-awaited energy white paper and the promise of important low-carbon consultations and decisions early in 2021. Jon Herbert looks at how the jig-saw pieces are shaping a different kind of future. 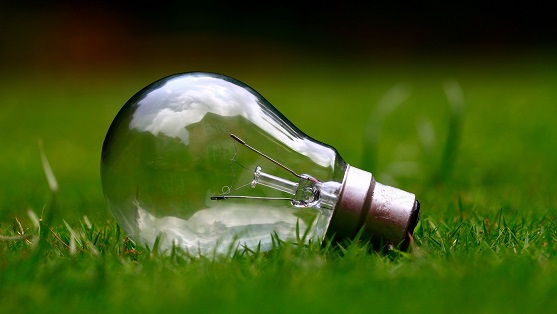 January 2021 was no ordinary New Year. A trickle of complex new Government plans and proposals added to the confusion of Brexit, vaccines and bad weather. However, their joined-up thinking is designed to reshape our long-term futures.

Overall goals are clear — a rapid green economic recovery, a successful trading platform for an independent UK, and meeting a series of tight low-carbon deadlines to tackle climate change.

These will start in early 2021, lead up to November’s COP26 climate summit in Glasgow, and continue through a 2030 mid-point to the final net-zero emissions target of 2050.

The pre-Christmas drip-feed of individual announcements may have made not only the big picture but also important planning and policy gaps, and how they will be filled, difficult to see.

However, December’s long-awaited energy white paper — with references to crucial actions scheduled for early 2021 — plots out in more detail how the overall strategy is coming together.

Sum of the parts

With the UK’s EU departure, new laws and regulations are being generated around sustainability.

The Environment Bill 2019–21 and Agriculture Act 2020 both focus on reducing carbon emissions. Biodiversity is another objective, as is better air quality. There will also be stringent new targets for reducing municipal and household waste in a circular economy.

But decarbonisation, green electrification and especially climate change are key interlocking threads that will affect businesses and communities at many levels.

The Prime Minister set the ball rolling last autumn with his vision of “your kettle, your washing machine, your cooker, your heating, your plug-in electric vehicle” powered by a huge offshore wind power increase.

However, a more comprehensive, though still incomplete picture and route planner for 2021 and beyond was presented in December’s Energy White Paper: Powering Our Net Zero Futurewww.gov.uk/government/publications/energy-white-paper-powering-our-net-zero-future).

The paper refers to strategies, consultations and plans which when complete will further define how life, work and society will operate as the century progresses.

Other potential actions include consultations on ending gas grid connections to new homes after 2025, regulations to improve home energy efficiency, and a biomass strategy.

One urgent priority is a deadline for legislation to meet the sixth legally-binding carbon budget. The UK is currently on course to meet its third carbon budget ending in 2022. But it is behind the curve for the following two five-year budgets, plus the all-important 2050 net-zero goal.

The new white paper shows how far the whole concept of “energy” has changed since the last paper in 2007 when Tony Blair was Prime Minister and the Climate Change Act 2008 was still a year away.

It does not recommend a specific future low-carbon energy mix, although offshore and onshore wind, plus solar PV, are expected to predominate. But it lays out the Government’s new plan to “transform energy”, provide a “fair deal”, drive a “green recovery” and support some 220,000 green jobs in the next nine years.

Importantly, achieving net-zero emissions runs through the document like a stick of rock and, while there is more work to be done in this area, an overarching net-zero strategy is seen as essential.

Off target — for now

The carbon data is important. The Ten Point Plan suggests cuts of 180 million tonnes of CO2 equivalent (MtCO2e) by 2032. White paper policies might increase this to 230 MtCO2e, with more potential savings in sectors like transport.

Further modelling indicates that the Ten Point Plan in practice could deliver a saving of more than 420MtCO2e by 2032. However, additional tough savings will be needed this year to meet 2050 goals.

The paper expands on several point. It confirms the UK will have its own UK ETS emissions trading scheme for big carbon emitters — power stations, industrial plant and aviation — to replace the EU ETS. However, the Government’s promise of “the world’s first net-zero carbon cap and trade market” has been queried.

UK ETS will start with a cap 5% lower than EU ETS. This will eventually be aligned to “an appropriate net-zero trajectory”; the aim is to give industry flexibility and policy-makers environmental certainty.

However, there are concerns that preparing the scheme in weeks rather than years, and its limited size, could compromise any world-beating status in without an international linkage, say, EU ETS.

A parallel worry is that even with a 5% reduction, the UK cap might be much higher than actual emissions, leading to a large surplus, low-price risks and mistakes made when EU ETS was launched.

Another important announcement is a commitment to bring “at least one large-scale nuclear project to the point of final investment decision” in the current Parliament to meet net-zero goals.

Sizewell C on the Suffolk coast could be a candidate as talks start with French energy company EDF. This is controversial; the UK’s only current major nuclear fission programme is Hinkley Point C in Somerset is on course for a £2.9 billion budget overrun.

Another innovative objective is to perfect a workable UK fusion technology to join rather than split atoms, a route described as building “the sun in a box” based on the power that drives the stars.

The paper also focusses on UK support for “at least one” operational power plant with effective carbon capture and storage (CCS) technology by 2030 to provide fossil-fuel flexibility and complement intermittent renewable energy sources. Hydrogen technology could also add flexibility and “security of supply at low cost” by 2050 at peak energy demand times.

Infrastructure is not enough

While the paper concentrates on keeping energy prices and bills low, with automatic tariff-switching, it recognises that a long-term energy strategy must embrace demand and behaviour patterns where smart technology means that future consumers with micro-renewable PV arrays and wind turbines of their own will also become suppliers.

Although a more responsive energy system must be developed, the Government estimates that a smarter more flexible system “could unlock savings of up to £12 billion per year by 2050”.

The need for low-carbon building heating systems by the mid-2030s shows how much everyday life will be affected. Heat pump installations to replace the UK’s 26 million mainly domestic gas boilers could rise from a current 30,000 annually to 600,000 by 2028.

However, poor user experiences and a shortage of skilled tradespeople are currently barriers the paper says.