The Government has released a Good Work plan in response to the Taylor review of modern working practices. The plan accepts the majority of Taylor’s recommendations, however, most matters are subject to consultation and there are no confirmed timelines for these recommendations to be introduced. Current uncertainty over important issues such as employment status is, therefore, likely to continue. 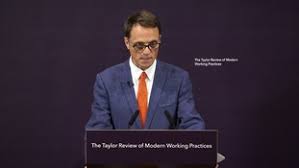 A main focus for Matthew Taylor and the Government has been worker rights. There are concerns that individuals are being exploited by the “gig economy” and similar employers by being wrongly classed as self-employed independent contractors when they are, in reality, workers and should be entitled to worker rights. Workers receive less rights than employees but they are entitled to certain rights such as minimum wage, paid holiday, rest breaks and other working time rights.

The Government will introduce a number of additional rights for workers. This includes:

The Government will ask the Low Pay Commission (LPC), the independent body who reviews minimum wage rates and makes recommendations to the Government, to consider the impact of introducing a higher minimum wage rate for working hours that are not guaranteed under an individual’s contract. This higher minimum wage rate is only at a consideration stage and there is no guarantee a new minimum wage band will come into effect. If a new wage rate is introduced for certain workers, such as zero-hours workers, it will only increase the complexity of minimum wage rules and, potentially, lead to greater uncertainty for employers. For now, employers are not required to make any changes in this area. Unpaid internships will also be a new focus of the Government. Currently, interns do not have to be paid where they are shadowing workers, however, if they carry out work they should receive the minimum wage. This does not always happen and some sectors heavily rely on unpaid internships as a source of work.

The Government is intending to improve the law in this area and HMRC will be tasked with carrying out enforcement action where internships are illegally unpaid. The Government will also legislate to require employers to state the number of hours employees (and workers) are being paid for on their written payslip.

Matthew Taylor recommended statutory sick pay (SSP) should become a day-one entitlement for all workers, not just employees, which is payable regardless of the worker’s income, eg potentially removing the lower earnings limit. To avoid workers going off on their first day of employment and being owed SSP, Taylor recommended SSP should be accrued on length of service, similarly to holiday pay.

In the press announcement, the Government stated it would introduce sick pay entitlements as day-one rights for all workers, however, the Good Work plan simply states the Government is considering making changes to SSP. This consideration includes looking at Taylor’s SSP recommendations and whether there should be a “right to return” to a job following a period of sickness absence. A “right to return” will work in a similar way to absences from work for family friendly leave, ie when an individual is absent from work for a prolonged period because of sickness they should have the right to return to the same role. This right may create difficulties for employers who have members of staff absent for indefinite periods of time as it could require them to protect their role in case they return.

The Government agrees it must become easier for employers and individuals to determine whether a person is an employee, a worker or self-employed. The Government is committed to improving clarity and certainty in this issue.

A consultation on employment status, which closes on 1 June 2018, has been released by the Government. The consultation looks at whether legislation will help make the determination of employment status easier, whether better status tests are needed and whether “worker” status needs to be reviewed.

The Government also intends to develop an online tool which will help determine employment status questions, however, this will be complex and will wait until any updates to the current legislation/tests take place.

Having a consultation in this area shows the Government’s commitment to making this issue clearer, however, it means any changes are likely to be many months in the future. For now, employers need to use the current status tests to examine their workforce and assess whether they are determining employment status, and the subsequent employment rights, correctly.

The Government will assess “Swedish Derogation” model agency contracts and review whether these are being abused. Under the Agency Worker Regulations, agency workers are entitled to equal pay and conditions with comparable full-time employees after they reach 12 weeks in an assignment. Under Swedish Derogation model contracts, the agency worker is offered a permanent contract of employment with the agency and they receive pay between assignments, however, they give up their entitlement to equal pay. There are concerns these contracts are being abused to allow employers to “bypass” the equal pay provisions.

Depending on the outcome of this review, the Government will either introduce state enforcement of these contracts through the Employment Agency Standards Inspectorate or repeal the derogation.

A consultation on this matter has been released. Currently, employers can continue to use these agency contracts which provide pay between assignments although they may be subject to review, or repeal, in the future.

The Government is also consulting on how to increase transparency in contractual arrangements for agency workers, such as what rate of pay they are working under and which party is responsible for paying them.

The Government will introduce a “naming and shaming” scheme for employers who fail to pay tribunal awards within a reasonable time. This is likely to be similar to the minimum wage naming and shaming initiative which creates significant adverse publicity for employers who appear on the list. How this scheme will be introduced will be subject to consultation but, as with any scheme, is likely to take a number of months to design and implement.

When employers lose a tribunal claim, the Government expects them to update their contracts and practices accordingly, unless there is good reason for not doing so. The Government will look at taking action against employers who ignore tribunal decisions and recommendations, such as introducing penalty fines.

Further matters to be consulted on

The Government will consult on a number of different issues including:

The Government will carry out awareness campaigns in the following areas.

A joint task force on flexible working will be created.