The UK Government has announced a target of net zero for UK greenhouse gas emissions by 2050. John Barwise defines the key environmental terms and explains the mechanisms by which we could achieve this ambitious target. 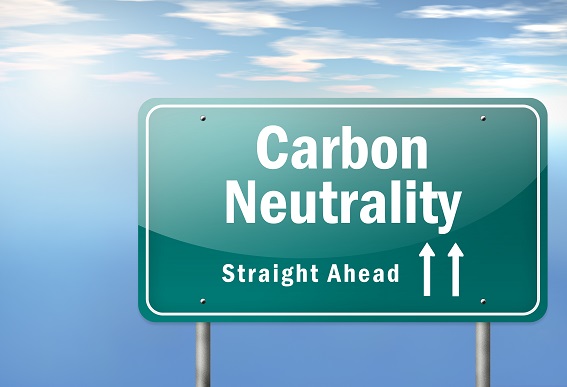 Global warming changes the climate in unpredictable and often catastrophic ways. The process of change is happening so quickly these days that natural processes that sustain life on Earth are unable to adapt quick enough. The 1.5°C threshold set by the Intergovernmental Panel on Climate Change (IPCC) gives people and ecosystems more time to adjust to a rapidly changing environment.

This feature article explains the basics of global warming and the mechanisms in place to monitor, measure and mange greenhouse gas emissions to achieve net zero by 2050.

Greenhouse gases: these naturally occurring gases such as water vapour, carbon dioxide and methane, sustain life on Earth by allowing the sun’s rays to pass through the atmosphere and warm the earth but preventing some of the warmth from escaping back into space.

Greenhouse gas (GHG) emission refers to the total mass of a particular GHG release to the atmosphere over a specified period of time.

Greenhouse effect: the rapid increase of carbon dioxide and other greenhouse gas emissions from human activity trap more of the heat from the sun, just like the heat trapped in a greenhouse hence the term.

Kyoto Protocol: an international treaty that commits countries to reduce the onset of global warming by reducing GHG concentrations in the atmosphere to “a level that would prevent dangerous anthropogenic interference with the climate system”.

The GWP of GHGs closely associated to human activities are as follows.

According to national statistics, CO2 is the most dominant greenhouse gas from the Kyoto “basket” of GHGs, accounting for 81% of total UK GHG emissions in 2018.

It is a legal requirement for all quoted companies in the UK to report their annual GHG emissions. Streamlined Energy and Carbon Reporting (SECR), which replaces the carbon reduction commitment (CRC) is a UK Government requirement for mandatory annual reporting and disclosure of energy and carbon information within company accounts.

The aim of all the various carbon and GHG reporting initiatives is to encourage organisations to implement energy efficiency measures as a way of reducing emissions, with the added benefit of cutting business costs and improving productivity.

A carbon footprint is defined as the total GHG emissions caused by an individual, organisation, nation or a product, usually expressed as tonnes of carbon dioxide equivalent (CO2e) emitted every year, where CO2e is calculated as the mass of a given GHG multiplied by its GWP.

Carbon footprints are measured by undertaking a lifecycle assessment (LCA) to determine the total GHG emissions associated with a particular individual, product or activity etc. The complex interactions between contributing processes in a lifecycle, including natural processes, means the total footprint of a particular product or activity cannot be calculated accurately. But it does provide a “best estimate” snapshot of the GHG emissions at a point in time, based on available data.

For businesses, calculating the carbon footprint of industry, product, or service is a complex task. Useful guides include the following.

A carbon footprint of a business is basically the sum of all GHG emissions (CO2e) associated with all processes, products, services and other activities across the supply chain and within a given timeframe (usually a year).

Carbon budgets restrict the amount of greenhouse gas the UK can legally emit in a five-year period. These are set in five-yearly carbon budgets from 2008 to 2050. Under the Climate Change Act, the Government can “borrow” or “bank” amounts from one budgetary period to another, which allows the Government to increase the budget by borrowing up to 1% from the succeeding period, if targets are not met. Conversely, if it has a surplus in a budgetary period, it can carry all or some of it forward to the next period.

The UK is on-course to comply with targets for the third carbon budget period (2018 to 2022), but on currently trajectories is likely to miss its targets for the fourth and fifth Carbon Budgets, without further action. The budgets were set originally with the aim of cutting GHG emissions by 80% by 2050. The revised commitment to net zero by 2050 will make the task much harder.

Achieving net zero is achievable but requires action across all sectors of the economy to reduce GHG emissions close to zero, particularly in transport, industry, power and land use. The remaining emissions will need to be compensated by expanding carbon sinks such as forest growth and other land-based sequestration schemes as well as carbon capture and storage.

Technologies exist that can reduce emissions close to zero across most sectors. Renewables and nuclear power used to generate electricity and heat can reduce demand for gas and other fossil fuels. Similarly, electricity and hydrogen technology can radically reform the transport sector — legislation to phase out of petrol and diesel vehicles will speed up this process. The rapid expansion of energy storage technology will play a vital role in shifting from fossil fuels to renewables.

In buildings, retrofit measures to improve insulation will drastically reduce heating demand, while ground and air-sourced heat pumps and other technologies can also replace gas heating systems. Industrial processes powered by clean electricity rather than gas and coal will similarly reduce GHG emissions.

Beyond carbon cutting to carbon neutral

Aviation, for example, relies heavily on fossil fuels and technology alternatives are limited, although changes are happening. Boeing has managed to significantly reduce emissions on their Airbuses and other new planes by using lighter materials and more efficient engines.

The UK aviation industry has pledged to cut its net carbon emissions to zero by 2050 despite a 70% growth in passenger numbers to 2050. The Sustainable Aviation coalition has produced a “decarbonisation road map” outlining how aviation can cut its carbon footprint including sourcing sustainable aviation fuel, such as oil from nicotine-free tobacco and developing hybrid and fully electric aircraft. But more significantly the industry intends to cut more than a third of its emissions through global market-based carbon investment in carbon removal solutions saving 25.8 Mt CO2.

Similarly, UK agriculture currently creates around 10% of the UK’s GHG emissions. Initiatives are under way to achieve net zero emissions by 2040 by changing the types of commodities the sector produces and reducing carbon intensive products such as livestock, as well as boosting productivity by eliminating waste and capturing methane from manure for heating. Another element of the plan is to sequester carbon from the atmosphere by planting more woods and hedges to soak up CO2 and introducing ways to increase the carbon content of the soil.

CCS is the process of capturing waste CO2 and storing it. Natural sequestration through reforestation does this, but more applications are needed to deal with industrial emissions, such as those from cement works, iron and steel production and other high CO2 emitting industries.

Carbon dioxide can be captured directly from the air or from an industrial source using a variety of technologies. Recent studies suggest applying CCS to a conventional power plant could reduce CO2 emissions by approximately 80–90% compared to a plant without CCS. Storing CO2 in deep geological formations is considered the most practical way to sequester emissions.

In his first budget, Chancellor Rishi Sunak announced a cash injection in the form of a new CCS Infrastructure Fund of £800 million to help establish two UK sites to store “millions of tonnes of carbon dioxide” that would otherwise be released into the atmosphere. In a separate project, a trial of bioenergy with CCS to remove a small amount of CO2 while producing energy at the same time.

The concept of negative carbon emissions goes beyond carbon neutral by aiming to remove more CO2 than a particular activity or process generates in the first place. It means neutralising the emissions associated with a particular entity or activity and then taking additional steps to remove additional CO2 from the atmosphere.

This is entirely feasible. Once a business has calculated its total emissions and carbon footprint, and taken measures to bring total emissions to zero, it can take additional steps to ensure the removal of additional CO2 from the atmosphere.

Examples might include sequestering more carbon by planting more trees or supporting moorland restoration. Other options might include purchasing carbon offsets from a third party which support the reduction of CO2 elsewhere. Offsetting schemes are used by companies and individuals to invest in various environmental projects around the world as a way of compensating for their own footprints. Projects vary from large hydro schemes, forestry and methane capture, to smaller community cooking stove schemes etc.

This is a popular option for airline companies and highly polluting industries. Although many argue that offsetting is often used as the cheaper, rather than choosing the most effective option for reducing carbon footprints. Verification of global offsetting schemes has also been the subject of much debate in recent years, with accusations that many schemes do not fulfil the reduction of GHGs they claim.

The UK’s commitment to a target of net zero for UK GHG emissions by 2050 is ambitious but achievable. All the mechanisms for monitoring and measuring progress are in place, along with existing and emerging technologies to make it happen, both in the UK and elsewhere.

The crucial international climate change talks to be held in Glasgow in November (although this is no longer certain), may well prove to be the turning point for a truly global effort by world leaders to slow global warming and prevent the devastating impacts of climate change on society and the world economy.