The large number of migrant workers from Central and Eastern Europe currently employed in the UK has made an impact on health and safety and employment law. Many of these workers do not have a fluent grasp of English and may be particularly vulnerable to failings in health and safety practices. Barrister Robert Spicer reports on a recent prosecution. 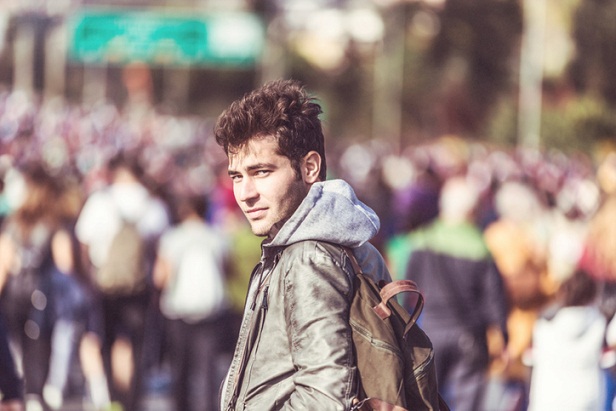 Migrant workers are generally regarded as being highly motivated, reliable and committed. They may be prepared to accept lower wages than their British counterparts because pay levels in their home country may be far lower than those in the UK for comparable work. However, these workers are often not familiar with the laws and customs in their new home and therefore are particularly vulnerable to exploitation. Fortunately, English employment tribunals and courts are showing an increasing awareness of the situation.

The most recent example is the High Court hearing in the case of Galdikas v DJ Houghton Catching Services Ltd (2016).

In June 2016, the High Court gave judgment in favour of six Lithuanian men who were trafficked to the UK and severely exploited by the British company which employed them. The company was DJ Houghton Catching Services Ltd and the company’s officers were Darrell Houghton and Jackie Judge. The company ran a business providing labour to poultry farms across Britain.

The Lithuanians’ claims included breach of contract, breach of the Agricultural Wages Act 1948, negligence, harassment and assault. They alleged that they had suffered loss and damage, including personal injury, distress and unpaid wages as a result of the defendants’ unlawful acts.

The hearing in the High Court involved a number of complex procedural issues. In summary, the court found that the claimants had not been paid according to minimum wage requirements for agricultural workers. They were paid for the number of chickens caught on farms rather than for time worked at minimum rates including night rates and for time spent travelling. The defendants were found to have charged prohibited fees, unlawfully withheld wages and failed to ensure that the claimants had adequate facilities to wash, rest, eat and drink.

The claimants alleged that they were trafficked to Britain with the involvement of a Lithuanian national who was paid by the Houghtons. The claimants were driven from farm to farm across the country, travelling for up to seven hours before doing gruelling work in filthy conditions without adequate personal protective equipment, clothing or proper pay. Most of their work took place at night when the chickens were more docile or easily caught. They alleged that their wages were reduced or withheld and that they were threatened and abused by supervisors with dogs.

The claimants relied on a report from the Gangmasters Licensing Authority (GLA), which had carried out a detailed inspection of the company’s practices. It described the company as the worst gangmaster ever. The company’s licence was revoked by the GLA in October 2012. Thirty-eight workers were referred to the UK Human Trafficking Centre, which confirmed that all the men were victims of trafficking.

In June 2016, the judge found in favour of the claimants and found the company liable for labour exploitation. He ordered it to pay compensation for the unpaid wages. Compensation plus costs was agreed at more than £1 million in an out-of-court settlement.

In general, tribunals and courts have expressly recognised the problems arising in relation to large numbers of workers with a limited grasp of English language, law and culture. Spokespersons for the Health and Safety Executive (HSE) have repeatedly commented on the vulnerability of such employees.

A gangmaster is a person who supplies a worker to another person, or uses a worker, to carry out the following types of work:

The licensing of gangmasters is governed by the following legislation:

It became apparent during the late 1990s that a number of gangmasters were guilty of significant worker exploitation. In February 2004, 23 Chinese cockle-pickers were killed at Morecambe Bay by a rising tide. Following this tragedy, the Gangmasters (Licensing) Act came into force in July 2004.

The Gangmasters (Licensing) Act 2004 applies where such work is carried out in the UK, on any portion of the shore or bed of the sea, or of an estuary or tidal river adjacent to the UK, or in UK coastal waters. The location of any gangmaster is irrelevant for the purpose of the Act.

The Gangmasters (Licensing) Act 2004 set up the GLA. The GLA is responsible primarily for the licensing of gangmasters and for ensuring that licensed gangmasters comply with their legal obligations. Subject to certain exceptions gangmasters are required to hold a licence.

It is a criminal offence for labour providers in the agri-business industry to operate without a licence. It is also an offence for labour users to employ workers supplied by unlicensed labour providers. The licensing process starts with an initial application to the GLA. A decision on how to proceed is taken after verification checks with other government agencies. The GLA will then inspect the applicant. Following the issue of a licence, the GLA carries out targeted, intelligence-based compliance checks.

A soft fruit producer from Scotland was the first labour user to be prosecuted by the GLA for using an unlicensed gangmaster.

David Leslie Fruits of Scones of Lethendy, Perth, was sentenced to pay a fine of £500 in January 2010 at Perth Sheriff Court. The prosecution resulted from a GLA investigation which uncovered that an unlicensed business in Bulgaria had supplied 250 workers to pick strawberries at the farm in the summer of 2008. All the workers left the farm after the GLA’s action, with most returning to Bulgaria. The GLA investigation was conducted with Tayside Police and other Government enforcement agencies. The gangmaster involved in this case subsequently applied for and was refused a GLA licence.