Consumers are more concerned, educated and vocal, thanks to social media, about food safety and health than ever before. Vicky Powell highlights some of the big food industry safety and health trends to watch out for in the next decade. 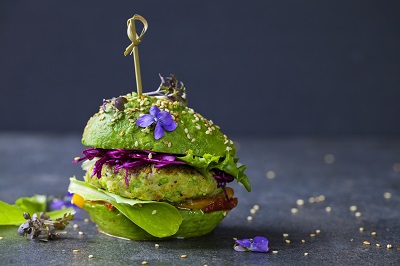 Changing profile of the UK’s consumers and workforce

The UK’s population and its workforce is rapidly changing. By 2030, one in five people in the UK will be aged 65 or over, and this ageing population will be reflected in an older workforce with more over-55s staff, along with a higher relative percentage of older consumers.

A report on 2019’s food trends published by the University of Nottingham and prepared by Resvey Research Services has recently identified healthy ageing as a major global theme for the food industry, pointing out massive interest from consumers in healthier food choices for ageing well in addition to “deep concern” about issues such as heart health, joints and dementia. In response, the report urged food companies and brands to address the different health states of consumers who are over 55 years old, as more people are poised to live longer and looking for food choices to support their medical needs.

At the other end of the spectrum, younger consumers are also more interested in health but their concerns are different from the over-55s, focusing on muscle mass and energy. In addition, the report adds, fast food and convenience food is being redefined by young people and children’s needs, as parents look to feed their children healthy meals and young urbanites crave healthy food.

Consumers now want healthier choices than high fat, sugary fast food or junk food. In fact, sugar content is now, according to the Resvey report, the most important factor in choosing heathy food.

However, increasingly, intelligent consumers are pushing for more evidence on health claims, as well as asking other questions, eg around sustainability or ethical considerations such as modern slavery within supply chains.

Another recent horizon scanning report published by the professional services provider Lloyd’s Register recently concluded that one in three shoppers in the UK are increasingly concerned about food safety, with many now switching brands following reports of food safety incidents or product recalls.

Consumers are most worried about bacteria in the food supply chain, with 57.1% of 1000 shoppers surveyed saying their biggest concern is food contamination, such as listeria or salmonella. However, consumers also worry about health, with 22.3% citing concerns about the sugar, dairy or fat content of products and about foreign objects, such as metal or plastic, being found within their foodstuffs (11.4%).

These food safety scares and health concerns are playing a major role in changing the modern food shopper’s behaviour. Nearly one in five (around 19%) of UK consumers admitted to having changed their food shopping or consumption habits in the last year because of a food safety scare.

The move to plant-based everything

A large part of the healthier, more ethical food movement is centred around vegetarian and vegan food options. The report on 2019’s food trends by Resvey sees the surge in veganism to be driven by the rise in the “free-from” industry, with consumers looking for food options, depending on their personal motivations, that are free from cholesterol, or saturated fats, cruelty or extra calories. The report points out that a 2016 survey concluded that Britain’s vegan population had increased from 150,000 to 542,000 in just 10 years and more recent estimates put the figure at 3.5 million people in 2018.

Health concerns over meat consumption have resulted in lifestyle trends of flexitarianism, while concerns over the environment has given rise to reducetarianism (reducing the consumption of animal products such as meat and cows’ milk), in support of animal welfare and the planet.

All of these, the report notes, have increased the appeal of vegetarian and vegan foods among meat eaters.

These health (and in some cases ethics-based) trends towards vegetarian and vegan foods and away from meats are fuelling the growth of plant-based protein products. It goes beyond soy, which has traditionally dominated the space. In the USA, the natural foods supermarket chain Whole Foods predicts soy in vegan protein powders will increasingly be replaced with options such as mung beans, pumpkin and avocado. Other big trends, according to Whole Foods, will include more nut butters and nut spreads on the market as options for vegan and keto dieters (a high-fat diet which forces the body to burn fats instead of glucose) to use on crackers, vegetables and toast for a quick protein boost.

There is also a trend towards meat-plant blends: Whole Foods reports that major US brands are seeing if meat-eating consumers will swap a traditional beef burger for one with 30% plant-based ingredients, such as mushrooms, touting benefits of less fat and cholesterol when compared to regular ground beef. The idea is to achieve a burger that is not only healthier, but budget-friendly and potentially better for the planet.

Vegans and vegetarian consumers will be asking lots of health-based questions about their food. According to a “top food trends” report by Bullseye Food Marketing, GMO-free (ie free of genetically modified organisms) is now a bigger trend in the USA than gluten-free. Baby boomers and millennials are actively avoiding genetically modified foods and consumers are focused in general on achieving overall health by seeking out more wholesome ingredients, food that isn’t processed and is free from all GMO’s, as well as free from artificial additives colourings and preservatives.

Demand for packaging and information, transparency and ethics

All of the above has massive implications for food, its packaging and the health and safety information supplied to consumers.

The Bullseye report had the following to say about food transparency and traceability: “Consumers want to understand everything about their food through better food labelling. Recipes need to contain clean ingredients — no nasty additives or preservatives. Seafood or meat must be sustainably sourced or farmed responsibly. Full ‘Farm to Fork’ traceability and ethical rearing are key requirements. Consumers want to know the real story behind their food, and how it is made. Shoppers are seeking out details such as Fair Trade certification, responsible production, sustainability, and animal welfare standards.”

It’s a tall order but this is the reality of the food industry today. Food information and labelling will become ever more important, not only in meeting health and safety regulations but in encouraging consumers to stay loyal to favourite brands or switch to new ones.

Packaging will be greatly affected, too. The Bullseye report notes that plastic packaging that was once considered safe is now being questioned for its potential negative health impacts. Health concerns are emerging, since plastic packaging is synthetically produced from petroleum products using a chemically infused manufacturing process. In particular, the report notes, consumers are worried about Bisphenol A (BPA), formaldehyde or other toxic chemicals leaching into their food. Bullseye predicts that this research will drive consumers to become increasingly wary of the type of material that their food is packaged in.

The report notes, “There will be a shift towards sustainable, ‘petroleum-free’ packaging made from 100% natural materials such as bio-plastic and plant fibre board.”

The Lloyd’s Register report concurs that consumers have increasingly high expectations of supermarkets and restaurants, with 71.8% expecting food retailers and outlets to know the precise ingredients of all products sold.

Similarly, sustainable and ethical sourcing will increasingly be of concern to the 2020s food shopper, with 85% stating it’s important or fairly important for supermarkets to source their produce ethically.

And despite the rise of veganism, only 18.8% of consumers were “very confident” that the vegetarian and vegan food they consumed did not contain meat.

Another crisis of confidence, according to the Lloyd’s Register report, lies within organic produce, with 26.9% of consumers “not confident at all” that food products labelled as organic are truly grown or reared using organic methods.

Food in the future

As a consequence of these trends, the new decade will see consumer organisations putting pressure on governments to protect their health and potentially working with trade unions to achieve mutual interests of consumer and worker health and safety.

Recently, the European Trade Union Confederation (ETUC), the European Consumers Organisation (BEUC) and the European Environmental Bureau (EEB) which represents a number of green groups, jointly lobbied the European Commission to build a “non-toxic economy” and a healthy future that protects workers, consumers and the environment.

This type of pressure on the food industry — from workers, consumers and environmental groups — is very likely to continue into the new decade. However, food businesses that stay a step ahead of safety and health food regulations and go beyond the legal minimum to ensure excellent quality, safety and health, as well as transparency, both in labelling and in their supply chains, will be rewarded: by winning over the ever more vocal, health conscious and educated consumers of the 2020s and through protecting their workers’ health.

For detailed advice and current guidance, see the topic on Food Safety.