Caroline Hand examines research showing the impact of food production on climate change and explores the challenges of persuading people to change their eating habits. 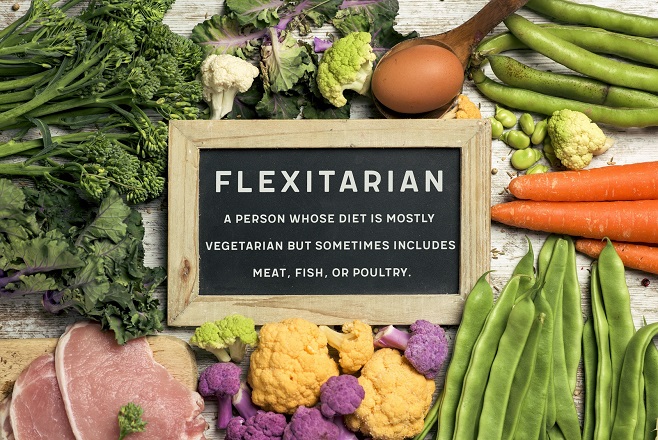 Eat 90% less meat now — or by 2050, our planet will no longer be able to produce the food we need to survive. This was the simple yet drastic message of Options for Keeping the Food System Within Environmental Limits, a research article published in the journal Nature on 10 October 2018.

According to lead author Marco Springmann, “humanity might soon approach the planetary boundaries for global freshwater use, change in land use, and ocean acidification. Beyond those boundaries, ecosystems could be at risk of being destabilised and losing the regulation functions on which populations depend”.

Food production is a major driver of climate change. Agriculture, as a whole accounts for around 20% of human-induced greenhouse gas (GHG) emissions, and livestock alone is responsible for 14.5% of total human-induced emissions.

Worldwide, cows make a bigger contribution than cars to climate change. Their “enteric fermentation” releases methane, a very potent GHG, with additional emissions deriving from manure and meat processing. Springmann’s report came hot on the heels of a landmark UN report (Intergovernmental Panel on Climate Change (IPCC) Report published October 2018) warning that there are just a dozen years in which to keep global warming under 1.5°C, beyond which even half a degree will significantly worsen the risks of drought, floods and extreme heat.

Eating meat is an inefficient way of getting our energy: for every 100 calories of grain we feed animals, we get only about 40 new calories of milk, 22 calories of eggs, 12 of chicken, 10 of pork, or 3 of beef. Thanks to this inefficiency, 40% of the world’s cropland is used to feed livestock rather than people.

By 2050, the earth could be home to 10 billion people, many of whom will aspire to a Western lifestyle. If current patterns of food production continue, Springmann’s study predicts that:

Water shortages and pollution by nitrogen and phosphorus are already being experienced across the world. For example, the huge dead zones at the margins of the Atlantic Ocean have been caused by runoff from fertiliser. (For more on these global problems, see the articles Threat multiplier and The global garbage bin.) The grim message of the Nature article is that if these trends are allowed to continue, the earth’s ecosystems will be irreparably damaged through climate change, pollution and biodiversity loss, and will no longer be able to sustain the human population.

What can be done?

Marco Springmann believes that: “No single solution is enough to avoid crossing planetary boundaries. But when the solutions are implemented together, our research indicates that it may be possible to feed the growing population sustainably.”

The solutions fall into three categories.

Without concerted action, we found that the environmental impacts of the food system could increase by 50–90% by 2050 as a result of population growth and the rise of diets high in fats, sugars and meat.

Flexitarian diets, based primarily on plant foods but including small amounts of meat, are already gaining in popularity, particularly among younger people. Adopting plant-based diets globally could reduce GHG emissions by more than a half, and could also reduce fertiliser application and the use of cropland and freshwater, by a 10th to a quarter. However, achieving this would require far more than the occasional meat-free meal.

The average world citizen needs to eat 75% less beef, 90% less pork and half the number of eggs, while tripling their consumption of beans and pulses and quadrupling nuts and seeds. For us in the UK, beef consumption needs to be reduced by a staggering 90% and milk by 60%, while eating between four and six times more beans and pulses. We would also need to eat nine times less pork.

A range of measures could be used to persuade people to change their diet: education programmes in schools and workplaces, economic incentives such as subsidies for plant-based foods or taxes on meat and milk, and direct bans. Researchers in the Netherlands carried out a study to find out how best to persuade people to adopt an occasional meat-free meal: they found that appeals based solely on climate change had no effect on climate sceptics and concluded that the best strategy was to refer to the health benefits of a plant-based diet alongside the environmental imperatives. Springmann recommends that policymakers’ first step should be to align official healthy eating guidelines with the environmental impact of diets.

Measures to improve the sustainability of agriculture and water use could reduce the environmental impact of food production by around a half.

Nitrogen and phosphorus fertilisers must be used more efficiently and water supplies must be better managed and conserved: this includes better utilisation of rainwater. Changes in irrigation, cropping and fertilisation could reduce methane and nitrous oxide emissions from rice and other crops. While less can be done to reduce methane emissions from cattle, it is possible to give them a new formulation of feed which reduces enteric fermentation.

Some of the options for making agriculture more efficient and sustainable have been outlined in WRAP’s publication Food Futures which explores the following possibilities:

Worldwide, a third of the food we produce goes to waste. (This problem, and the actions being taken to tackle it, are described in greater detail in articles such as Food waste and prevention). If we can succeed in halving food waste, the environmental impact of food production could be reduced by up to a sixth (16%). It will require measures across the entire food chain including storage, transport, packaging and labelling. The eventual aim should be a zero-waste supply chain. UK businesses are already taking action to reduce food waste through the Courtauld Commitment and other initiatives, see Food waste — next steps for processors and manufacturers; Courtauld 2025.

While most people are supportive of initiatives to reduce food waste, and are willing to make changes in order to waste less — and save money — at home, the worldwide consumption of meat and dairy is rising rather than falling. Policymakers will need all their tact and ingenuity to communicate the flexitarian message convincingly to a growing, hungry population.