Fire safety legislation places duties on those in control of the premises — but when you outsource your facilities management, do you outsource this responsibility? Mike Sopp explains. 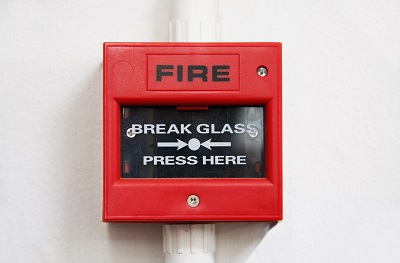 According to the Institute of Workplace and Facilities Management, outsourcing has become “second nature” with an increase in organisations outsourcing facilities management (FM) operations, tasks and functional areas.

In particular, there has been an increase in volume and value of Total Facilities Management (TFM) contracts, which are likely to include many fire-safety-related functions including not only hardware/fire systems but also softer functions such as the completion of fire risk assessments.

With fire safety legislation placing duties on those in control of the premises, the question arises as to who is in control of premises under an outsourced FM function, whether risks are transferred under the contract and what the client should be doing in terms of procuring and managing the contract.

Who is in control of the premises from a fire safety perspective is a key question arising under any FM contract. Article 3 of the Regulatory Reform (Fire Safety) Order 2005 (RRFSO) makes reference to the meaning of the “responsible person” and provides a “hierarchy” of responsibility, which can be summarised as follows.

It should be noted that similar definitions are contained in the respective legislation for Scotland and Northern Ireland but guidance relating to this legislation should be referred to determine who is in control of the premises.

From the above, it could be suggested that an FM contractor could be in control of a workplace by virtue of the carrying out of FM functions as a trade, business or undertaking.

However, guidance in the UK Government’s Guidance Note 1: Enforcement highlights that article 3(a) “imposes unconditional obligations on employers by having the ultimate responsibility for the safety of their employees in case of fire even where others have obligations in respect of the premises”.

Similarly, guidance from the Chief Fire Officers Association (now the National Fire Chiefs Council) states that “it is difficult to envisage an example whereby an employer does not have some form of control over the workplace” and that the fact that a person decides to own a business which employs someone “gives them a degree of control and therefore responsibility”.

Perhaps more pertinent to an outsourced FM function is article 5(4). It states that any person who by virtue of any contract, has an obligation of any extent in relation to the maintenance and repair of any premises, shall be treated as being a person “who has control of the premises to the extent that his obligations so extends”.

From the above, it can be concluded that there is the potential for there to be more than one responsible person, depending on the circumstances of the FM contract and what is included in that contract.

This is reflected in the enforcement guidance document note above that states that “the level of responsibility will vary according to the employment position and the degree to which the person can exercise control over the safety in the premises”.

It further states that enforcing authorities will use discretion when deciding who to take action against in the event of a breach, taking into consideration “the degree of culpability and the appropriateness as to the person against whom any necessary action should be taken”.

Cases that have tested this position are limited. However, the courts looked at the requirements of article 5(4) in the case of Greater Manchester Fire and Rescue Authority v Morris (2010) where a fire alarm engineer was found guilty of offences in relation to the lack of maintenance of a fire alarm system in a care home.

In another case from 2014, a residential landlord and a housing co-operative with whom the landlord had entered a tenancy agreement were both found guilty of breaching the Order. The landlord, Mr Bhatti, was found guilty of four offences under fire safety regulations including breach of article 5(3) and (4), while Embrace Co-operation Ltd (the housing co-operative) admitted six charges.

Both were found to have had a degree of control over the premises in question but failed to take the necessary action to ensure the safety of those occupying the premises.

The prosecution case was that it should have been apparent to the responsible person that the document produced by the risk assessor was wholly insufficient and unsuitable for a high-risk premise such as a nursing home. The fire risk assessor was given a custodial sentence.

In a wider context of contract management and safety, the argument by a client that a particular act complained of was not in fact carried out by its employees as part of its undertaking (and therefore there is no criminal accountability) because the work has been sub-contracted to an independent contractor over whom the client had no control has been tested in court, most notably in the case of R v Associated Octel Ltd (1995).

In this case the Court of Appeal considered the issue of the employer’s (Octel’s) control over a contractor’s operations and concluded that Octel was culpable for the incident that occurred as cleaning, repair and maintenance of plant, machinery and buildings necessary for carrying on a business is part of the conduct of the undertaking, whether it is done by the employer’s own employees or by independent contractors.

While complete control is not necessary, Lord Justice Steyn is quoted as stating “it would drive a juggernaut through the legislative scheme if corporate employers could avoid criminal liability where the potentially harmful event was committed by someone who was not the directing mind of the company” and that it would be easy for large companies “to escape liability on the basis that the company through the directing mind or senior management was not involved”.

In effect, this case means the enforcing authorities no longer have to investigate whether particular employees were or were not part of the directing mind of the company and that companies themselves will need to consider what measures they will need to take (so far as is reasonably practicable) to avert risks arising from the actions of independent contractors.

From the above, it can be concluded that any organisation outsourcing fire-safety-related functions should accept that this does not necessarily mean that they are no longer in control of the premises or are free from risk of prosecution in the event of a breach of fire safety legislation.

Taking into account the key principle of managing risks to as low as reasonably practicable required by the Regulatory Reform (Fire Safety) Order, the client should be ensuring that there are appropriate processes for procurement of competent contractors and that a system of ongoing contract management is in place.

As the Health and Safety Executive notes, poorly thought-through contract specification development “can have a significant effect on control of subsequent risks and may require considerable additional financial and managerial resource to rectify” and “a legacy of potential liabilities” can be created.

Therefore as part of procurement and consequent mobilisation, a service specification should provide a clear, accurate and full description of the client needs. A Service Level Agreement (SLA) can then be developed, which is a negotiated agreement between client and contractor, designed to create a common understanding about expectations, the nature of the relationships, services, roles and responsibilities, performance indicators and price/costs.

Together the SLA and specification should set out the:

The amount of detail required in describing the requirements will be very much dependent upon the range of services being tendered. A balance must be found as to the level of information to be included in the service specification. For example, if the tender relates to fire risk assessing only, the tender may include:

Ongoing contract management should take into consideration the need to have some form of oversight and control to ensure statutory obligations and service requirements are met. It should be borne in mind that under the RRFSO, those on site from different employers have an obligation to co-operate and co-ordinate measures to manage risks.