The way occupants behave in a fire evacuation will have a significant impact on the timely evacuation of a building. Mike Sopp advises on how to encourage and mitigate certain behaviours. 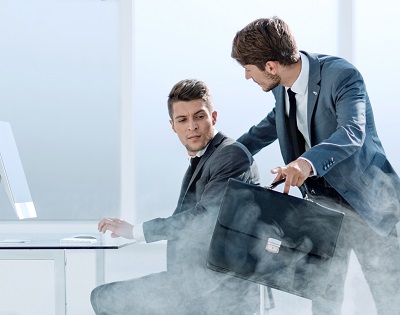 Fire evacuation is a process by which building occupants are moved from a place where there is immediate or anticipated danger from fire to a place of relative or ultimate safety such as an assembly point.

The effectiveness of the evacuation process depends on a number factors including how building occupants behave. This is sometimes known as “escape behaviour”.

Building designers should consider escape behaviour issues and “design in” elements that enable the safe evacuation of the building in a timely manner.

However, the person responsible for fire safety should also address behavioural matters in the fire risk assessment and take steps to encourage occupants to behave in the desired manner during an evacuation.

Most cases of suspected or actual fire will require the evacuation of building occupants by simultaneous, phased or progressive evacuation.

The following definitions should be understood.

A basic requirement of the building's design is that the available safe escape time is greater than the required safe escape time. The organisation needs an appropriate margin of safety that takes account of uncertainties in the ASET/RSET calculations.

A major design criterion is therefore the estimation of the time required for escape in situations where occupants are not directly affected by fire effluent or heat.

When considering the ASET/RSET requirements of a building, designers will be “building in” safety in terms of fire safety design. There should be a strategy that ensures building occupants are able to reach a place of relative or ultimate safety preferably without ever coming into contact with or even being aware of the fire.

The required safe escape time described above will have a number of components to be considered, ie:

The latter components in particular can be influenced by so-called escape behaviour. Clearly, where escape behaviour is inappropriate, the required escape time and margin of safety may be compromised.

Guidance such as BS 9999 Fire Safety in the Design, Management and Use of Buildings. Code of Practice, notes that designers should take account of human behaviour and “seek to use this behaviour to lead people to safety”.

It further states that “in designing management systems, designers should take account of human behaviour and should ensure that the fire safety systems will be appropriate for what people actually do, not what the designer would like them to do”.

However, it is not only designers who need to consider escape behaviours. Those responsible for fire safety in occupied premises should also be addressing the issue. The challenge is to understand what the human behavioural issues are.

Indeed, PAS 79 Fire Risk Assessment. Guidance and a Recommended Methodology states that, when assessing the consequences of fire, “account needs to be taken of human behaviour” and in particular “consideration needs to be given to the manner in which the known occupants of the premises are likely to behave in the event of fire”.

This means the risk assessor should:

The guidance then states that the assessor should be “aware of current professional thinking and practical guidance on human behaviour in fire, including case studies”.

A good summary of current thinking can be found in BSI publication PD 7974 Application of Fire Safety Engineering Principles to the Design of Buildings. In particular Part 6, Human Factors, relates to occupant behaviour and the uncertainty this can bring to the ASET/RSET.

This publication recognises that how occupants respond to an emergency situation is a complex issue influenced by many variables based around the building design, the emergency life safety management strategy, fire dynamics, effects of any interventions and occupant characteristics.

Research suggests that as much as two-thirds of the time it takes occupants to exit a building after an alarm sounds is “start-up time” and that fire alarm warning cannot always be relied upon to prompt people to immediately move to safety.

According to PD7974-6, the three most influential variables on escape behaviour are the:

In respect of the alarm/warning system, PD7974-6 notes that behaviour can be influenced by:

Building complexity can influence behaviour through what is known as wayfinding (searching for a suitable escape route) and exit choice (studies indicate occupants generally tend to exit through the main point of access).

Poor fire safety management, in particular in terms of staff training and emergency management practice, will influence behaviour. This can result in occupants “standing up, looking at and consulting others, gathering or putting on outdoor clothing, collecting bags or other items” rather than immediately evacuating.

Finally, after recognition and response stages, occupants will travel to exit the building. Travel times are well quantified and consist of walking time, queue time at exits and exit flow time. Human behaviour during travel time can be influenced by both physical aspects (eg.density factors) as well as demographics (eg age) and individual characteristics (eg helping others).

What action can be taken to manage behaviour?

In practical terms, it could be the case that data may only be available through observations (eg of fire drills) and feedback from previous drills (eg from fire wardens). In addition, any information available (such as the fire evacuation strategy) may assist in informing the action necessary to ensure the RSET is achieved.

The key is to seek appropriate behaviour. The question the responsible person should be asking is not so much what makes individuals behave in an inappropriate manner but rather when do individuals act in a safe way? The key factors in this are that individuals:

The following are some of the actions that can be taken to encourage appropriate behaviour in a fire evacuation.

The way occupants behave in a fire evacuation situation will have a significant impact on the timely evacuation of a building.

Although fire safety will be designed into a building with a margin of safety given to enable safe evacuation, the responsible person should be ensuring that all occupants behave in the required manner.

Identifying the causes and outcomes of poor behaviour is not an exact science but all reasonable efforts should be made to identify issues as part of the risk assessment process.

Where behaviours do require modification, it should be done so on the principles that occupiers are aware of the hazards and that their actions will control the risks from the hazard.

This should be reinforced through good management practices that instil a positive culture.

The following are available from the British Standards Institution:

The following is available from the Society of Fire Protection Engineers: