Barrister Robert Spicer reports on a case where a worker was subjected to high levels of noise from a faulty fire alarm. 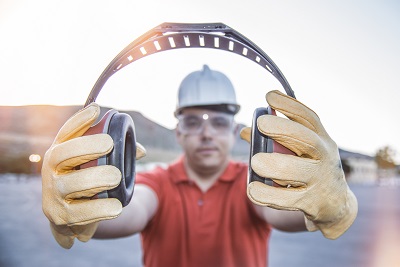 Control of Noise at Work Regulations 2005

In the recent Scottish case of McDonald v Indigo Sun Retail Ltd (2021), the court considered the application of the Control of Noise at Work Regulations 2005 in a case where a worker was subjected to high levels of noise from a faulty fire alarm. The 2005 Regulations aim to protect persons against risk to their health and safety arising from exposure to noise at work. They include the setting of exposure limit values, make provision about risk assessments, the elimination or reduction of noise levels and the provision of hearing protection.

The facts, in summary, were that Ms M was employed by ISR from January 2015 until February 2016 at its tanning salon in Dundee. She was employed on a part-time basis as she was a student studying contemporary dance.

In December 2015 she went to work her shift from 9am to 1pm. There were two fire alarm devices on the ceiling of the salon. Shortly after 9am, one of the alarms sounded and continued to sound for nearly four hours. There was no fire. The alarm had sounded unnecessarily on a number of previous occasions and the employer was aware of this.

The noise of the alarm made it difficult for Ms M to concentrate on her work. The excessively loud noise caused a headache, pain in her ears and ringing in her ears. She telephoned her manager, who told her to carry on working. The manager came to the salon later and applied tape to the alarm to muffle the sound. The staff in two adjoining shops were sent home because their alarms had sounded and could not be turned off. The alarm in the salon stopped sounding at 12.55pm.

Ms M was exposed to noise of 87.5dB. Following her shift, she continued to have a headache and ringing in her ears, which impaired her hearing. She continued to experience difficulties with her hearing at her college and at work. She consulted a private hearing aid company and was offered an expensive hearing aid which she could not afford.

In December 2016, a year later, she consulted an otolaryngologist. Bilateral sensorineural hearing loss was confirmed as a diagnosis, and hearing aids were advised. Another consultant diagnosed that Ms M had sensitive inner ears and most of her hearing loss had been caused by exposure to noise.

Ms M now needs to wear hearing aids to hear properly when communicating with other people. She graduated with first class honours but is not able to pursue a career in dance. She will need to purchase private hearing aids, which cost approximately £4000 and must be replaced every three years.

The court ruled as follows.

Similar issues were dealt with in the case of Cropper v Ford Motor Company Ltd (1992), where the claimant was employed by Ford from 1966 until 1982. He claimed damages for loss of hearing induced by noise during the course of his employment. The court stated that there were three questions which needed to be dealt with, as follows.

On the evidence, the judge found that the hearing loss had been caused by exposure to noise at work. Ford could have provided him with suitable ear protection and could have warned him of the risk to his hearing if he did not use that protection. The fact that it had not done so meant that they were liable in negligence. Also, in the light of the lack of any education programme or advice, it could not be said that C had been contributorily negligent.

It is important for employers to be aware that, where work is carried out which is liable to expose workers to noise at or above a lower exposure action value, they must comply with the requirements of the Control of Noise at Work Regulations 2005. The level of compensation awarded in the McDonald case illustrates the potentially serious consequences of failure to comply with the regulations.