Fashion may be fickle but its impacts are large and global. However, sustainable fashion is increasingly adding another low energy, low waste, low transport and low raw-material-use word to the circular economy’s four “Rs” — reduce, reuse, recycle and recover. Upcycling. Jon Herbert reports. 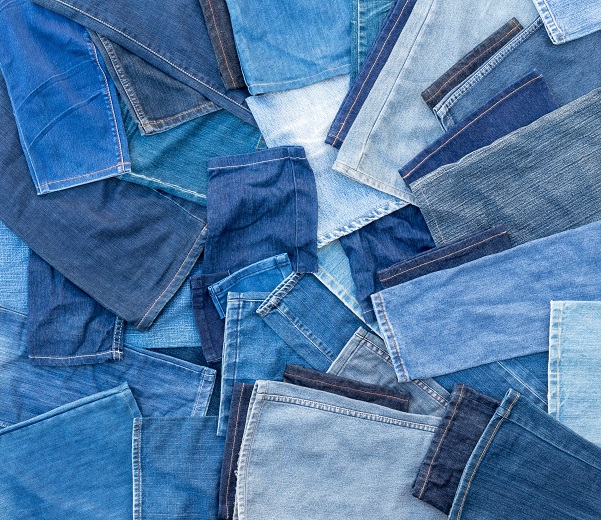 Whether a dedicated follower or not, no-one can dispute that “the rag trade” is a major generator of wealth, jobs and careers. However, it also has a controversial environmental record.

The UK fashion market has been valued at c.£66 billion — or 7% of the economy — while fashion-related industries employ some 555,000 people; comparable US figures are an estimated $406 billion, 4% and 1.9 million employees.

But as an Extinction Rebellion “funeral” march at the end of September’s London Fashion Week also highlighted, fashion creates not only waste but 10% of the world’s carbon footprint.

On the positive side, the fashion industry is also leading the way with a sustainability concept for which it is particularly well-suited, that has potential opportunities for other sectors.

On the way up

Upcycling is the idea of turning old or unwanted materials into something useful or creative with a higher value but a smaller footprint — recycling, in contrast, is sometimes described as down-cycling because reprocessing tends to decrease value at each successive stage.

In contrast, instead of breaking down items or materials into components, upcycling retains, adapts and improves them so the value of the end-product is greater than the sum of the parts. It can help to reduce air and water pollution, landfill use, greenhouse gases, waste disposal handling costs and combustion. Even cigarette butts can be upcycled into premium products.

Impacts and the rise and fall of fast fashion

A major problem is “fast” fashion — described as cheap, trendy clothing that changes by the season, or more frequently — often with vibrant colours, prints and finishes that are created with toxic chemicals. In 2000, according to an EU report, there were typically two “collections” a year — spring and autumn. This rose to five by 2011, and in some chains is up to 24 annually.

Another factor is fast production that is cost-efficient and driven by innovative supply chain management, especially with imitation styles seen on the catwalk. The presumption has been that customers want high fashion at low prices, one upshot being that many clothing items are now “nearly disposable” goods that have significant environmental consequences.

Washing problems down to the sea

For example, it is estimated that one washing load of non-biodegradable polyester clothing can put some 700,000 microfibers into the environment — circa 500,000 tonnes flow out to sea annually and have been traced around the world, including in freezing Arctic ice.

A report by The Pulse of Fashion found that in 2015, fashion put 1,715 million tonnes of CO2 into the atmosphere; the UN estimates fashion uses more energy than aviation and shipping combined.

Tackling the environmental impacts of fashion is not a passing fancy. Over the summer, the Commons’ Environmental Audit Committee wanted to impose a 1p levy per garment on fast fashion items, or to ban burying or incinerating clothes that can be recycled — some 300,000 tonnes went to landfill in 2016, according to WRAP. But there are potential circular solutions too.

One suggestion is to develop microbes that “eat” and break down petroleum-based polyester cheaply into a basic raw material that can be recycled. Another is to make use of up to 25 million tonnes of wasted citrus peels and seeds that can be transformed into raw materials used to spin yarns.

One very pragmatic suggestion is for a database that tracks the circa 15% of fabric-ends left after clothing manufacture, for other producers to use.

Upcycling is personal and industrial

Much of fashion’s new upcycling drive is based on individual designers and makers inventively incorporating used items into their clothing; the fact that this is done on an individual basis is attractive to many customers. Upcycling can also reduce waste by reusing ‘deadstock’ or ‘gently used fabric’.

But upcycling is also being carried out on an industrial scale. Plastic bottles are being turned into yarns and materials for everything from jackets and t-shirts to shoes and accessories. Closed-loop plastic material recycling technology allows plastics to be returned repeatedly into consumer products. ‘Electrospinning’ can turn plastics, including ocean microfibers, into fabrics and more attention is being paid to the circularity of fibres.

Adidas Parley already upcycles ocean plastic into shoes; Adidas has made six million pairs with upcycled ocean plastic uppers. Another thought is that young designers as 'waste engineers' should be taught about zero waste pattern cutting, following waste-streams, using second-hand clothing at scale, asking for factory remnants, plus taking garments apart and using them for something else.

However, some problems need industrial-scale solutions. Cotton used extensively in denim creates a large fraction of textile waste but is land and water intensive. Converting waste denim into reusable cotton fibres efficiently has proved elusive. Ionic liquids — salts that are liquid — have been used in research to dissolve cotton textiles into cellulose building blocks which can then be spun into new viscose-type fibres. This is expensive and difficult. But a new process is said to cut solvent costs by 77% and, by retaining colours, also cuts water and energy use that would be needed for dyeing.

Away from textiles, US coffee chain Starbucks recently signed a deal with Pentatonic to make its hallmark “bean” chairs from used plastic bottles and discarded coffee cups following a pilot project making tables and counter tops from Starbucks paper cups.

Meanwhile, in September The British Fashion Council announced plans to launch the Institute of Positive Fashion on the basis that there is “… an urgent need for industry-wide coalition to help set industry standards in a new way, embrace innovation and develop the need for leaders to create green businesses fit for the future and enable positive change.”

Fashion may be transient but it has far-reaching impacts. The global fashion industry as a major GDP and jobs generator is working in a number of ways to reduce its environmental footprint.

One important concept with important implications for other industries is upcycling which aims to turn old or unwanted materials into useful or creative products with a smaller footprint where the value of the end-product is greater than the sum of the parts.