With Halloween almost upon us, some employers may want to use this as an opportunity to allow employees to wear fancy dress to work. Ben McCarthy, employment law writer at Croner-i, outlines what companies should bear in mind in these situations. 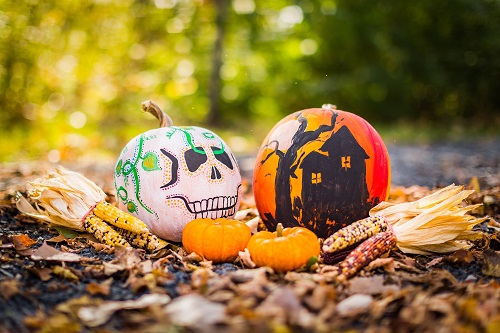 Work-related social events are often regarded as an inexpensive and easy-to-organise workplace perk, designed to increase productivity, work against job-related stress and reward staff for their hard work. Often planned around key events during the year, such as Christmas, the summer or Halloween, social events can include external parties and activity days or internal activities, such as dress-down and fancy dress occasions. Fancy dress may not be at the top of an employer’s list of potential activities to permit their employees to take part in, especially if it conjures up images of staff dressed up as the Avengers or Dracula. That said, employers should not underestimate the impact that such occasions can have on employees. Fancy dress may not be possible in all companies, but the occasion can help to improve employee morale, maintain a positive relationship between management and staff and encourage higher levels of productivity.

Legally, employers do not have to let their employees come into work dressed as their favourite superhero, or Freddy Kruger, just because it is Halloween. Generally, most companies will maintain a clear dress code policy that outlines what is, and is not, acceptable workplace attire and there is no obligation on them to relax this. After all, first impressions can be important. If a company is primarily customer facing, management will likely want their staff to maintain a certain professional look or even wear a uniform. While a company may be willing to relax these requirements for one day in order to allow fancy dress, it should be careful not to let this go too far. The last thing a company wants is for staff to use this more lenient atmosphere as an excuse to break workplace rules, either in the way they are dressed or in other forms of misconduct. Such behaviour can potentially lead to costly issues for a company; in the case of X v Y, the employment tribunal found that a gay employee was harassed at a workplace fancy-dress event due to the sexual banter it had encouraged.

To work against this, it is highly advisable that employers have a policy in place which addresses office parties or work-related social events, outlining that staff have a duty to behave responsibly at all times. Ahead of the day, it would also be a good idea to issue employees with a reminder, by letter or email, of the company’s rules on acceptable dress and, particularly, what form of outfit should be avoided. If any individual breaches this expectation, a full investigation should be held into their conduct and they should be disciplined appropriately.

Being mindful of discrimination

It should be remembered that some outfits, or items of clothing, may be offensive to colleagues. For example, a costume that could be stereotypical against someone who has a mental health problem, or is from a particular religion or nationality, could lead to a discrimination claim. Previously, employment tribunals have upheld such claims; in the case of Brown v Young & Co’s Brewery, it was held that a black employee was harassed when he was told he “looked like a pimp” while wearing a St Patrick’s Day hat. Similarly, supermarket chains ASDA and Tesco had to famously pull Halloween costumes that depicted “mental patients”, from shelves in 2013 after they received much criticism for stigmatising people with mental health. Employers should bear in mind that the perception of the individual who feels they have been discriminated against will always be taken into account by the tribunal. Although the individual in fancy dress may not have intended any insult, their actions in wearing the costume may still be enough to result in a successful claim.

If employers do decide to go ahead with the fancy dress day, they should also take steps to invite all members of staff to take part in the event and not single out employees who may not be performing as strongly as their colleagues. This could easily make the person in question feel excluded and potentially have a negative impact on the ongoing employment relationship. That said, employers should always be mindful of members of staff who may not want to take part. At the end of the day, this is meant to be a voluntary activity and at no point should anyone be forced to dress up if they don’t want to.

There could be a number of reasons why some employees may not wish to join in and although there are steps employers can take to try to encourage inclusivity, such as holding a staff survey to ascertain the needs and requirements of the workforce as a whole, they should always be mindful of this. Mandatory events are less likely to be considered fun by a workforce and employees who feel they have to take part and they may start to question whether working for the company is still what they want to do. Essentially, this action could have the opposite effect than what was intended; rather than strengthening an employment relationship, it could actually serve to damage it. As an extension of this, employers should also keep an eye out for any bullying behaviour that may arise due to the employee’s choice to not take part. If employees are being subjected to this form of treatment because they would rather not dress up, the company should process this through their usual bullying procedures.

Provided they are carefully planned for, fancy dress days can be a fun activity for all who take part. That said, they should not be used as an excuse for poor behaviour and it is essential that a workforce is made aware of this both beforehand and during the day.