As arguments continue on whether Covid secure measures have gone far enough, Paul Clarke considers a recent report from the Institute for Employment Rights that pulls no punches. 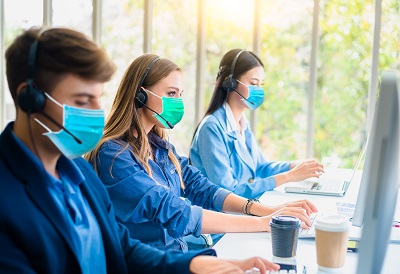 It is nearly a year since the Parliamentary and Health Service Ombudsman wrote to the Chancellor, Michael Gove, recommending a review of the Government’s response to the Covid-19 pandemic so that “improvements can be made to policy and practice across the public sector”. Prime Minister Boris Johnson has repeatedly been asked in the intervening period whether he would launch such an inquiry. While accepting that some sort of investigation is inevitable, he has always added that now is not the time to reflect on the past.

As such, the Prime Minister is unlikely to welcome a new report from the Institute for Employment Rights (IER). The title of the report (HSE and Covid at Work: A Case of Regulatory Failure) makes it clear that this detailed analysis will not make comfortable reading for the Government or for its leading occupational health and safety agency, the Health and Safety Executive (HSE).

Focus on the workplace

Criticism of the Government has tended to highlight the delay in moving to the first lockdown, the fact that it continued to allow major events such as the Cheltenham Festival to go ahead and its failure to tackle the growing problem in the nation’s care homes.

However, the IER turns the spotlight on the role of work in transmitting the disease. An analysis of Public Health England (PHE) data conducted by Professor Rory O’Neill, one of the co-authors of the IER report, revealed that 40% of people testing positive for Covid-19 reported prior “workplace or education” activity.

While it was clear from the outset of the pandemic that workplaces represented a very real location for the transmission of the SARS-CoV-2 virus, the report argues, it has become increasingly clear that the risks of workplace infection are significantly greater than first thought.

What were the Government’s main mistakes?

It is clear from the title of its report, lacking even a question mark to soften the blow, that the IER believes that there were significant failures in the Government’s approach to dealing with infection in the workplace. Its research, carried out by 11 specialists in occupational health and safety and labour law, identifies what is described as a serious mismatch between the risk to workers’ health and the Government’s claims to make workplaces “Covid-secure”.

For example, a survey of call centre workers by co-author Professor Phil Taylor revealed that over one in three (35.4%) were seated less than two metres away from their colleagues in contravention of social distancing rules. This is despite a warning from the Government’s own SAGE advisors that reducing social distancing to one metre rather than two could increase transmission 10-fold.

IER’s main argument is based on strong evidence that risk was not sufficiently mitigated in workplaces because Covid-19 rules were not adequately enforced.

It reveals a strategy based on an “underfunded, light-touch approach” which failed to regulate the risk to workers. “The magnitude of this risk has since been tragically borne out by large workplace outbreaks such as that seen at the DVLA’s Swansea offices,” the IER states, “while the Government’s underwhelming response is reflected in the complete absence of prosecutions of employers known to be breaking Covid rules.” And that last point, of course, points the finger straight at the HSE.

The rules and regulations

Officials charged with protecting workers do not lack for ammunition, the report argues, as it describes a substantial body of law governing health and safety at work that applies to the risks of contracting Covid-19. It devotes a chapter to this array of legislation which includes the Health and Safety at Work etc Act 1974 (HSWA), the Workplace (Health, Safety and Welfare) Regulations 1992, the Control of Substances Hazardous to Health (COSHH) Regulations 2002 and the Reporting of Injuries, Diseases and Dangerous Occurrences (RIDDOR) Regulations 2013.

In particular, it highlights that the Personal Protective Equipment at Work Regulations 1992 require that “every employer shall ensure that suitable personal protective equipment is provided to his employees who may be exposed to a risk to their health or safety while at work except where and to the extent that such risk has been adequately controlled by other means which are equally or more effective”. Given this clear and wide-ranging body of law, the question arises why it was not more effectively deployed and what was the HSE doing to ensure employer compliance with its statutory (and criminal) elements.

Government and HSE advice on managing Covid-19, while voluminous, barely mentions the duties laid down under this body of law, the report claims, nor the consequences if duty-holders fail to comply with them.

What went wrong at the HSE?

The IER is quite categoric on its condemnation of the agency charged with implementing the laws. The report states: “HSE has become a hollowed-out shell, a shadow of what a safety regulatory body needs to be”.

The report highlights a situation where investigations of Covid-19 workplace clusters in Britain are led by public health staff not by the HSE. However, while the HSE and local authority regulators have powers to close a workplace hazardous to health, Directors of Public Health do not.

This has meant, the report claims, that the HSE has failed to adequately monitor the spread of Covid in the workplace and has not taken action to protect workers and communities when they have found anything dangerous. The IER concludes that it has proved to be far less the safety regulator it was meant to be, and much more “a smokescreen for Government inaction”.

As early as May 2020, the Government declared workplaces “Covid-secure” and reassured workers that this would be enforced through a £14 million package for HSE “spot checks”.

However, IER’s analysis found strong evidence that risk was not sufficiently mitigated in workplaces because Covid-19 rules were not adequately enforced. The extra money could not be used to train new inspectors, for example, and more than more than half of the additional £14 million was spent on third party compliance spot checks. In other words, the IER report states, many Covid “spot checks” were conducted by telephone calls, largely made by outsourced, private providers working to 15-minute scripts.

The report concludes that certain occupational groups have been particularly exposed to the risk of contracting, and dying from, the disease and that there is no doubt that failures of control have resulted in unnecessary fatalities.

It then offers a number of recommendations for reform, starting with the urgent launch of a major independent public inquiry into the future of the regulation of safety and health at work in the UK, with a focus on creating a regulatory system, including an effective regulator, that will better protect the health and safety of all workers in the UK, now and in the future.

It is IER's intention to follow up this work with a more detailed analysis of the UK's health and safety framework, based on discussions with trade unions, health and safety reps, non-organised workers, enforcement bodies and safety specialists.

It plans to publish its findings and recommendations next year, on the 50th anniversary of the 1972 Robens Report, which the Institute describes as still the cornerstone of the UK’s health and safety laws, despite changes in workplace practices.