The world is facing species extinction on an unprecedented scale, undermining critical parts of the Earth’s ecosystems that are essential to human health and the wellbeing. We can either scale-up global collaboration to protect nature or face an uncertain future. The choice is ours. In this report, John Barwise reviews the UN’s latest biodiversity report and explores the solutions it says are essential to prevent a global breakdown. 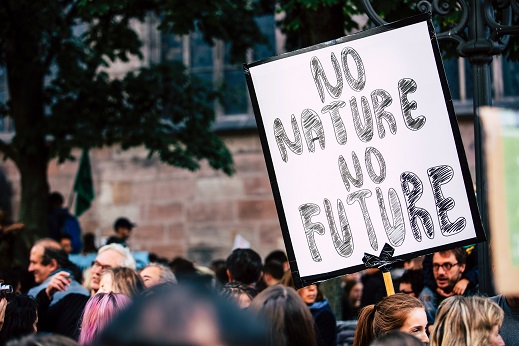 The latest UN Global Biodiversity Report (GBO 5) report paints a bleak picture. One million plant and animal species face extinction. Crucial parts of the Earth’s ecosystem that support all life on Earth are collapsing and we are not immune to this unfolding catastrophe.

Water resources, food supplies and even the climate, are all affected by biodiversity loss. The latest threat is the emergence of more pandemics such as Covid-19 as we continue to encroach more into nature’s habitats, forcing more wildlife to spread into urban areas.

Despite the gloomy forecast, the report does show some progress is being made against a number of biodiversity goals. More data and information on biodiversity available to citizens, researchers and policy makers than previously, and finance to support biodiversity has doubled in the last 10 years, whilst subsidies harmful to biodiversity are being phased out in many countries.

Around 100 countries have now incorporated biodiversity values into national accounting systems and protected areas have increased over the 2000–2020 period from about 10% to at least 15% terrestrially.

Just this week, signatories from 70 nations across 5 continents have signed a Leaders Pledge for Nature with commitments to put nature on a path to recovery by 2030. The UK is a signatory to this new pledge, promising to designate an additional 4% of new land in England to support nature’s recovery.

However, the most worrying conclusion in the UN report is that biodiversity is disappearing at a rate faster than at any other time in the Earth’s recorded history and not just in places like the Amazon or Africa, but everywhere, simultaneously.

Last year, the United Nations commissioned over 500 scientists from a wide range of disciples, to investigate the current state of the natural world. The fifth edition of the Global Biodiversity Outlook (GBO-5) is based on data provided by the Biodiversity Indicators Partnership, with inputs from national biodiversity assessment and provides up-to-date information for tracking the underlying causes of biodiversity loss.

The report tracks progress against a set of 20 global targets under the Strategic Plan for Biodiversity 2011–2020, known as the Aichi Biodiversity Public awareness Targets, which were adopted by the UN in the Aichi Prefecture, Japan in 2010.

The 20 targets are grouped under 5 strategic goals, largely to address the underlying causes of biodiversity loss, including reducing pressures on ecosystems and improving species and genetic diversity. The latest report shows that none of the 20 Aichi targets that were agreed by all UN signatories in 2010 have been fully met and only 6 have been partially achieved.

On average, countries report that just one-third of all national targets are on track to be met (34%) or exceeded (3%). But even this data is questionable because national targets are generally poorly aligned with the Aichi biodiversity targets, in terms of scope and the level of ambition.

The report estimates that fewer than a quarter (23%) of the targets are well aligned with the Aichi Targets and only about a 10th of all national targets are similar to the Aichi Biodiversity Targets and currently on track to be met.

Concern about climate change as a major threat has risen substantially around the world. But this is not the case for biodiversity. Research published last year by Special Eurobarometer shows one-third of the UK public have never heard of the term biodiversity and only 20% were very concerned about biodiversity loss. The UN report shows a similar pattern in other countries with just 33% of people in the most biodiverse countries aware of the value of biodiversity and conservation.

Two-thirds of farms use unsustainable agricultural practices. Various scenarios suggest continuous declines in the global area of forest and other natural land by the middle of the next century, with an estimated increase of around 200 million hectares in global cropland by 2050, rising to 300 million hectares through urban expansion. Globally, agriculture causes 80% of deforestation, mostly for growing commodities like palm oil, soya, and cocoa.

Over one-third of industrial fishing activity is unsustainable. “Business as usual” scenarios suggest over-exploitation of fishing effort around the world would cause continued depletion of fish stocks, leading to a reduced and unprofitable harvest by 2050. The number of overfished stocks globally has tripled in half a century and today one-third of the world's assessed fisheries are currently pushed beyond their biological limits, according to the Food and Agriculture Organization of the United Nations.

An estimated 4.2 million premature deaths globally are linked to ambient air pollution. Atmospheric nitrogen deposition is projected to increase substantially for the remainder of this century, with significant negative impacts on biodiversity, particularly in Asia, Africa, and Central and South America. Plastic pollution entering oceans and other marine environments is projected to increase by 2.6 times the level of 2016 by 2040, further damaging aquatic ecosystems.

Commitments under the Paris Climate Change Agreement indicate temperatures will still rise by around 3C above pre-industrial levels by the end of the century, with extremely serious consequences for biodiversity. The Intergovernmental Science-Policy Platform on Biodiversity and Ecosystem Services (IPBES), warns that climate change is emerging as one of the top threats to wildlife around the world. Extinction rates will continue to increase, leading to the virtual disappearance of some ecosystems altogether, including coral reefs.

What needs to be done?

The report calls for a shift away from “business as usual” across a range of human activities that impact on the natural environment. It outlines a series of interdependent transitions that collectively can move societies into a more sustainable co-existence with nature.

Global food systems are associated with many drivers of biodiversity loss. Enabling sustainable and healthy diets with a greater emphasis on a diversity of foods, mostly plant-based, and more moderate consumption of meat and fish, as well as dramatic cuts in the waste involved in food supply and consumption.

Industrial scale fishing is causing irreversible damage to marine life. Protecting and restoring marine and coastal ecosystems, rebuilding fisheries and managing aquaculture, and other uses of the oceans to ensure sustainability, and to enhance food security and livelihoods.

Mental and physical wellbeing is improved with access to open green spaces. Deploying “green infrastructure” and making space for nature within built landscapes to improve the health and quality of life for citizens and to reduce the environmental footprint of cities and infrastructure.

Covering less than 1% of Earth’s surface, these marine habitats are home to approximately one-third of vertebrate species and 10% of all species, but unsustainable abstractions and pollution is taking its toll. An integrated approach to guarantee water quality and water flows required by people and to protect critical habitats, control invasive species and safeguard connectivity of freshwater systems from mountains to coasts.

Climate change and biodiversity loss are inseparable threats to humankind and must be addressed together. Employing nature-based solutions, alongside a rapid phase-out of fossil fuel use to reduce the scale and impacts of climate change, while providing positive benefits for biodiversity and other sustainable development goals.

Extinction is now happening up to 100 times faster than the natural evolutionary rate. Everything in the natural world is connected in networks that support the whole of life on earth, including humans.

The UN report remains optimistic, despite the failure to meet the targets set out in the Strategic Plan for Biodiversity 2011–2020. It is not too late to slow, halt and eventually reverse current trends in the decline of biodiversity, the report says.

The actions required to achieve this turnaround (or “bending the curve” of biodiversity decline, as it has been termed), are fully consistent with other commitments set out under the 2030 Agenda for Sustainable Development and the Paris Climate Change Agreement.

The latest “Pledge for Nature” by 64 world leaders to protect 30% of their land and seas by 2030 to stem "catastrophic" decline in biodiversity, is recognition of the dire state of the planet and will hopefully build momentum ahead of the UN gathering in Kunming, China next year, where nearly 200 countries will negotiate a much stronger commitment to protect nature.

More importantly, the UN report reminds us how dependent we are on the resources biodiversity provides and nature’s crucial role in regulating the climate.

In his latest documentary, Extinction: The Facts, David Attenborough explores how this crisis of biodiversity has consequences for us all. He believes that if we make the right decisions now, “we can safeguard the planet’s ecosystems and its extraordinary biodiversity.”

“What happens next is up to each and every one of us”.