Will the change in behaviour seen during the COVID-19 crisis help to solve the long-term environmental emergency? Expert views differ. However, this would be a good time for SMEs to reinvent and realign themselves to meet challenging times ahead. Jon Herbert reports in the fourth of our features on coronavirus and the environment. 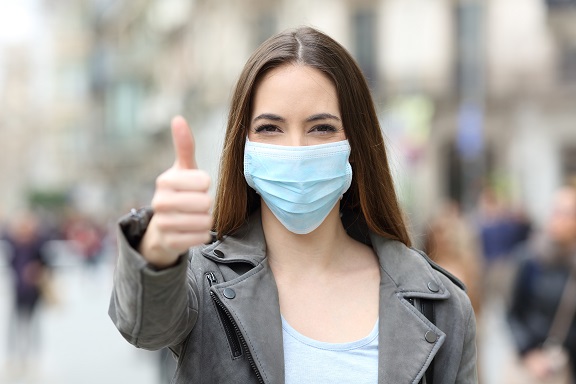 The draconian COVID-19 lockdown is proving to be a bonus for the environment: wildlife is moving back into quiet urban areas as both air pollution and greenhouse gas emissions fall.

We are travelling less. Energy demand from workplaces has dropped so much that offshore wind farms could be shut down to prevent the grid from becoming overloaded. New farm developments are on hold. The virus is also playing havoc with offshore oil and gas operators.

The wider question for many people is whether these changes could be permanent, or will people and businesses slip back into bad old habits when the health emergency abates?

Part of the answer may lie in comparisons between the two crises. The pandemic lockdown will hopefully be relatively short. However, climate change could lead to a series of continuous disasters that worsen over time with no obvious end in sight. With COVID-19 developments uppermost in everyone’s mind, these can easily be missed.

As an example, scientists have warned that a multi-decade, naturally occurring mega-drought that ranks among the most severe in the western US record books is now underway — and is being made more intense by rising temperatures.

Considering parallels between the two crises, former Bank of England Governor, Mark Carney, says the “economy must yield to human values”, and that the “great test of whether this new hierarchy of values will prevail is climate change”. Climate change, he adds, is an issue involving the entire world from which no one can self-isolate.

Laura J Martin of Scientific American magazine also explains the different impacts the virus and the environmental emergency are likely to have on different generations. “Rather than young people changing their lifestyles to protect the elderly,” she says, “the large and growing proportion of older citizens in industrialized countries will have to change their lifestyles in order to protect children and those not yet born.”

So, will the world revert to its pre-virus unsustainable behaviours with the relief and release of an end to lockdown?

One view is that the current changes taking place are so fundamental that we will not return completely to our old, unsustainable high-carbon habits. The economics of homeworking may remain very attractive to companies in the long run.

However, the very specific conditions that can trigger long-lasting behavioural changes may be present in the current crisis.

Bill Gates is an optimist who sees fighting the pandemic and climate change in policy terms as two peas in the same pod that both need “innovation and science, and the world working together”.

Optimists say COVID-19 will highlight the virtues of cooperation, shock policymakers into being more precautionary in taking future climate and health risks seriously, and underline the role of governments in acting decisively, either with lockdowns or moving aggressively to achieve net-zero carbon targets.

Professor Mike Berners-Lee of the Lancaster Environment Centre at Lancaster University, has commented that, “COVID-19 is a re-evaluation and re-wiring opportunity. It won’t be much fun but it does give humanity an enforced chance to stop and think.”

Others believe that the urge to socialise will see every temporary gain quickly lost again, and that the economic damage caused by COVID-19 will set back climate efforts for years to come.

Dieter Helm, an energy economist at the University of Oxford who has advised UK governments, is less sanguine: “The virus has created an economic crisis and people will be less willing to pay for saving future generations.” He says the virus could “mark the point of passing peak net-zero”.

Leo Murray, Director of Innovation at the zero carbon society campaign group Possible, says that, in both the short and long-term, people will have to deal with COVID-19 challenges that define their behaviour, and that “getting consumers in rich nations to shift to more sustainable lifestyles is incredibly difficult, even at the best of times”.

He adds that “almost all forms of direct entreaty or psychological nudge to individuals to voluntarily change their behaviour to combat climate change do not work, or at best have very limited impacts”.

One exception he suggests is “moments of change” — moving house or job — where old behaviours are disrupted and new, active choices are made that can create fresh patterns. COVID-19 could be an example of mass “habit discontinuity”, especially in transport.

Frans Timmermans, Executive Vice-President of the European Commission with responsibility for climate change, and Bertrand Piccard, Chairman of the Solar Impulse Foundation, suggest “aiming for qualitative growth, with a circular, sustainable and highly competitive economy”.

Instead of financial stimulus packages supporting “business as usual”, they argue that a green deal would “help us to create the biggest industrial market of the century, as it has become today more profitable to protect the environment than to destroy it”.

On a micro-scale, this time of change and readjustment could be an area of opportunity for companies.

SMEs can play a small but active and important role in the UK’s low-carbon transition designed to achieve net-zero emissions by 2050 and meet and lead on global climate commitments.

The main areas where documented improvements can be demonstrated are energy reduction, using renewable energy sources, and as a result cutting carbon emissions. Many companies also contribute by developing and taking low-carbon innovations, solutions and technologies to market.

Another important area is waste reduction, recovery, reuse, recycling — all elements of the circular economy.

The COVID-19 crisis has altered energy use and transport patterns significantly, as well as employee and company behaviour.

Opinions differ widely over what this might mean for the long-term battle against climate change. Not only are colossal economic, political and social costs and pressures involved, there are also deeply entrenched behavioural patterns to overcome.

However, many organisations may be in a strong position to “reinvent” themselves and market more efficient, cost-effective low-carbon versions of themselves in a world where “business as usual” is no longer an option. Efficiency and cost improvements can be offered through better green energy use, emissions reductions, and a range of low-carbon innovations, products and solutions.