With the Job Retention (furlough) Scheme having been extended once again, many employers will be wondering if there are any key changes to the Scheme to be aware of. In short — yes, there are. Ben McCarthy, lead researcher and employment law writer at Croner-i, examines this more closely below. 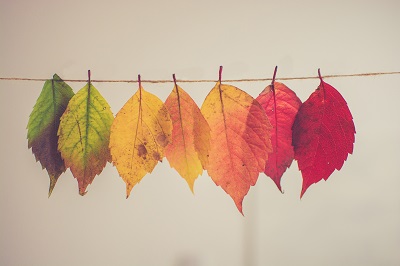 The words “furlough”, “lockdown” and “coronavirus” feel almost engrained into our collective conscious as we enter yet another month of the Covid-19 pandemic. However, this was all very new to us at the start of the year. Back in March 2020, with the threat of the coronavirus forcing the UK Government to implement a national lockdown, businesses across the country were faced with the very real prospect of making large numbers of staff redundant. To help prevent this, the Government announced the Job Retention Scheme, through which it would provide a grant to cover a portion of employee wages in companies across the UK. To benefit from this, employers needed to place their staff on “furlough”, which initially meant they kept them on company books but provided them no work to do.

The furlough scheme was a substantial success, preserving jobs as the UK moved through its first period of lockdown and most businesses were allowed to reopen in the summer.

However, it was also expensive. Incredibly expensive. As such, in May, the Government announced plans to roll down the scheme and contribute less money towards it, with it set to end completely on 31 October. Unfortunately, despite a significant decrease in coronavirus cases seen in the summer, they once again started to rise as September hit and new restrictions on businesses began to be put into place. Pleas to extend the furlough scheme past October hit the Government, but it remained adamant that this would not happen. So determined was it that the scheme was to end, that in September it even announced a new scheme, the Job Support Scheme, that would provide support to businesses once the furlough scheme ended but would be less generous.

However, on 31 October 2020, ironically the day it was originally set to end, Prime Minister Boris Johnson finally confirmed the furlough scheme was to be extended once again until at least December, as a result of a new national lockdown in England. On 5 November, the Government outlined that it was to last until the end of March 2021. On 17 December, the scheme was extended again to the end of April 2021.

In order to continue to benefit from the scheme from November, employees still need to be placed on furlough. Employers can then claim a government grant to pay a portion of staff wages but will continue to pay National Insurance and employer pension contributions. Both “full” and “flexible” furlough remain options, meaning that furloughed staff can still work part time provided they are paid in full for the time they work or not work at all. Staff must agree to be furloughed, regardless of whether they have been furloughed before or not, as furlough will result in a reduction in their hours and pay. Subject to some new eligibility requirements outlined below, employees on any type of contract, including zero-hour workers, can still be furloughed.

As before, all employers with a UK bank account and UK PAYE schemes can claim the grant, which is a departure from the eligibility requirements that were to be in place for use of the Job Support Scheme. This is likely to reflect the new national lockdown in England and the expectation that more businesses are going to need to close. It should be noted that the Job Support Scheme has now been postponed. Those operating in the public sector are still not permitted to use the scheme however, as before, they may be able to if they are not fully funded by public grant.

Further guidance was released by the Government on 5 November, which confirmed a number of additional areas that were to stay the same. Furloughed staff are able to take annual leave as before, provided they are paid in full for the time, and will continue to accrue this leave while furloughed. Staff can still be furloughed for as much or as little as their employer deems necessary, with the minimum claim period remaining seven days. If employees were eligible to be furloughed under the original scheme from March, they should continue to use the same procedure for calculating hours worked, and corresponding pay, when applying for the grant. If not, new rules apply.

The first thing that has changed is the amount of government grant available. While the Government has been gradually reducing the amount they provide over the past few months, from November this is once again 80% of employee wages up to a cap of £2500 per month per employee. This means that if an employee was placed on full furlough, their employer will not need to pay any of their usual wage outside of contributions mentioned above. Although the original plans were to review the amount the Government were providing in January 2021, as of December 2020 it seems that the 80% grant is to remain in place until the end of scheme in April 2021.

Between July and October, employees could only be placed on furlough if they had not been furloughed previously, subject to certain stated exceptions. This has changed from November, with staff once again able to be furloughed for the first time provided they meet eligibility criteria. To be eligible, staff now need to have been on an employer’s PAYE payroll by 23:59 on 30 October 2020. This means a Real Time Information (RTI) submission notifying payment for that employee to HMRC must have been made on or before 30 October 2020.

Another key change is whether staff who were serving a notice period, such as those who have been made redundant, can continue to benefit from the scheme. In November, this was permitted to continue, however the Government has since prohibited this from December. In short, the furlough grant can no longer be claimed for those serving any form of notice, since it goes against the purpose of the extended furlough scheme, which is to preserve jobs. There is also a change to the rules surrounding employees coming off family leave. To give a direct example, if an employee wishes to return from maternity leave early in order to be furloughed, they need to now provide eight weeks’notice to their employer, and cannot be furloughed until those eight weeks are up.

The coronavirus situation is moving very quickly and, unlike before, it is currently unclear how long this furlough extension is set to last. It is therefore vital that employers keep up to date with all developments.