The rules for the carriage of dangerous goods by air, sea and inland transport are clear, but it is different when using the Channel Tunnel, explains Desmond Waight.

Under the air, sea and inland transport provisions for the carriage of dangerous goods, there are clear transitional arrangements laid down, which vary according to the mode used.

The new editions can all be used from 1 January of each odd-numbered year. However, the transitional provisions relating to carriage of dangerous goods through the Eurotunnel is subtly different, as this article will explain.

ADR Regulated Goods – the Practical Guide, which sets out the Eurotunnel requirements, makes reference to the specific, current edition of ADR. The recently published 2013 Practical Guide, for example, states:

The carriage of goods classified as hazardous through the Channel Tunnel must comply with ADR (European Agreement concerning the International Carriage of Dangerous Goods by Road). ADR regulated goods definitions are subject to the 2013 revision of the ADR regulations. Declarations have to be made using the 2013 ADR revisions from 1st July 2013.

Accordingly, during the period from the publication of the 2013 Practical Guide until 1 July 2013, it will be possible to continue to use the 2011 ADR provisions rather than the 2013 ADR provisions.

It should be noted, however, that it was not possible to use the 2013 ADR provisions prior to the publication of the 2013 edition of the Practical Guide. This means that any new possibilities that were introduced in ADR 2013 could not be taken advantage of until 13 February 2013, when Eurotunnel “published” the new 2013 Edition.

From 1 January 2013, 10 new UN numbers were introduced into ADR which could be used under ADR immediately. However, there was no possibility that hauliers could carry these products through Eurotunnel until 13 February at the earliest because the 2013 Guide had not been published. Readers should refer to ADR for these new numbers (UN 3497–3506 inclusive), which are at the end of the existing dangerous goods list (Table A of Chapter 3.2) and are discussed below.

Whether or not these UN numbers will actually be permitted through the tunnel is Eurotunnel’s decision.

Eurotunnel’s policy, as outlined in the Practical Guide, is “that ADR-regulated goods that do not appear in this list are not authorised for transit via Eurotunnel Freight”, thus making their restrictions tighter than those under ADR.

Those seeking to ship UN3497 KRILL MEAL (Class 4.2) will not find it listed. This substance can therefore only go via Eurotunnel as Excepted Quantity (EQ) packages, since it notes in the 2013 Practical Guide:

Goods, which are transported under the conditions (packaging, weight, etc.) laid down in the respective Chapter (e.g. 3.4, Limited Quantities and 3.5, Excepted Quantities) of ADR are authorised for transit via the Eurotunnel Freight service, under the terms of ADR.

However, use of EQ provision is not a likely package style for such a product, except perhaps for samples.

Shipment of UN 3498 IODINE MONOCHLORIDE, LIQUID will be possible in fully regulated packages (as well as Limited Quantity and Excepted Quantity packages), with no restriction on the quantity carried, but transport must be in unit packages of 250 litres/400kg maximum (whereas ADR also permits carriage in IBCs).

UN3499 CAPACITOR (electric double layer with an energy storage capacity > 0.3 Wh) may now be shipped without any restriction.

Many adhesive companies who manufacture spray adhesive products (see Figure 1 below) to comply with the new chemicals under pressure provisions may be disappointed to find that UN3501 CHEMICAL UNDER PRESSURE, FLAMMABLE, N.O.S. is not listed, and thus cannot be carried on Eurotunnel services despite now being permitted for carriage under ADR 2013. In fact, of these six new entries, only the UN3500 CHEMICAL UNDER PRESSURE, which has no subsidiary risk of Class, 6.1 or 8, is permitted unrestricted through the tunnel, either as packages or in UN portable tanks. 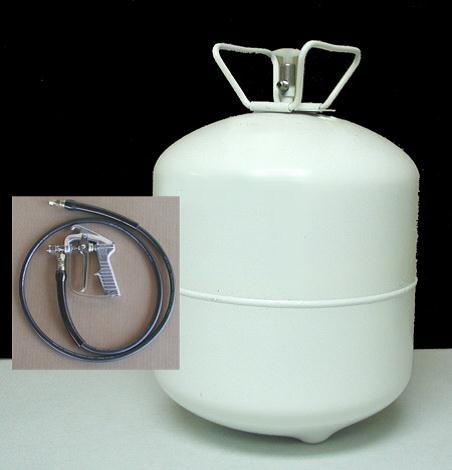 As always, carriers will need to check the goods offered for carriage for suitability for transit through Eurotunnel, using the 2013 edition of the Practical Guide.