Most international trade negotiations begin with expressions of goodwill as both sides can see the advantages of moving closer together in order to increase the opportunities for companies in their two territories. The peculiarity of the talks just beginning between the UK and the European Union is that the two are already closely aligned but are now looking to move further apart. 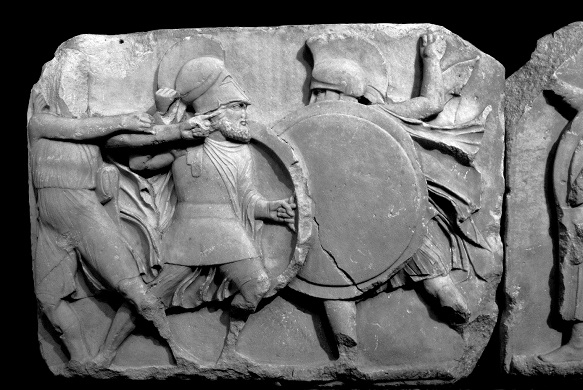 In addition, to many people in the UK, the talks are something of an afterthought given that they were being repeatedly told last year that Brexit would be “done” by the end of January 2020. In a way, of course, it was; the UK has formally left the Union although it is now in a one year transition period. The problem is, as most businesses and all traders know only too well, the hard part of Brexit remains to be completed.

The EU’s chief negotiator, Michel Barnier, had the habit during the drawn-out negotiations with Theresa May’s Government of reminding British MPs that the clock was ticking. If anything it is now ticking even louder given Prime Minister Boris Johnson’s insistence during the election campaign that he would not exercise the option of extending the transition period to two years. He has now doubled down on the pressure to finish the trade negotiations within this restricted time frame by saying that the Government will examine progress by June this year and, if it is not satisfied, will walk away from the talks.

It seems a long time since the options following Brexit included following the Norway model. That was swiftly ruled out as offering only a position where the UK would have to accept legislation over the drafting of which it had no say. The favoured country to copy then became Canada, with Brexiters arguing for a deal similar to that agreed with the North American country. In other words, one that would avoid most tariffs and quotas without tying the UK into compliance with the EU’s regulations and standards.

In the face of opposition to that idea from Brussels, the Government has warned that it may take an Australian-style deal: something of a euphemism, as Australia does not have an agreement with the EU (but would like one) and has to rely on World Trade Organisation (WTO) rules. This offers the bare minimum and is usually the baseline for two sides seeking closer ties, not the end result.

The two-month period since the general election has been spent with both sides making scarcely veiled threats rather than with diplomatic expressions of friendly cooperation. Mr Johnson may still occasionally mention “our friends and partners in Europe” but he has missed few opportunities to let Brussels know that it can expect a much tougher fight than it had with his predecessor. Even the Prime Minister’s chief negotiator, David Frost, who as a civil servant would normally be more likely to be seen than heard in public, has spoken out in no uncertain terms. The idea that the UK should follow EU rules after the transition period would be contrary to the “fundamentals of what it means to be an independent country,” he said.

Amidst the rhetoric and fighting talk, both sides have taken the opportunity to publish papers setting out their demands ahead of the negotiations’ formal opening at the beginning of March. The European Commission has been given a mandate by the 27 EU Member States to act on their behalf. The full text of the 46-page negotiating directives (essentially the instructions to Mr Barnier and his team), can be found at www.consilium.europa.eu. These directives cover all areas of interest for the negotiations, including trade and economic cooperation, law enforcement and judicial cooperation in criminal matters, foreign policy, security and defence, participation in Union programmes and other thematic areas of cooperation. The mandate stresses that the future partnership should be underpinned by robust commitments to ensure a level playing field for open and fair competition, given the EU and the UK's geographic proximity and economic interdependence.

This is likely to cause problems for Prime Minister Boris Johnson’s team as he and Mr Frost have already made clear that they want a future in which the UK sets its own standards and is free to diverge from EU rules and regulations. Another point in the mandate which is likely to provoke argument is the insistence that the future partnership should uphold the existing reciprocal access to fishing waters as well as stable quota shares. The Commission has produced a useful Q&A document on the negotiations, available at

For its part, the Government has published The Future Relationship with the EU which can be found at

assets.publishing.service.gov.uk. In this, the UK continues to demand that the proposed trade agreement should follow the pattern set by the EU-Canada Comprehensive Economic and Trade Agreement (CETA) which does not contain “level playing field” requirements. However, the EU remains insistent that it cannot have a large economy on its doorstep that can gain a competitive advantage over firms in its Member States by cutting back on standards in areas such as employment law, state aid and environmental protection. As one EU diplomat pointed out, UK imports into the Union not only total more than comes from Canada, but from that country plus Japan and South Korea added together.

“Whatever happens, the Government will not negotiate any arrangement in which the UK does not have control of its own laws and political life,” the relationship document states. “That means that we will not agree to any obligations for our laws to be aligned with the EU's, or for the EU's institutions, including the Court of Justice, to have any jurisdiction in the UK.”

Under EU legislation, basic trade deals (which mainly comprise agreement on areas such as tariffs and competition rules) fall under the EU’s jurisdiction and can be agreed by the European Commission (albeit acting with the agreement of the Member States). However, when the talks move into areas where those Member States retain a degree of sovereignty (rules on intellectual property, visas, data and, of particular interest to the UK, services) such agreements are defined as “mixed”, and require not only EU ratification, but also approval from the governments of every Member State. In some cases this can extend to regional bodies which is why agreement on CETA was delayed by the parliament of Belgium’s French-speaking region of Wallonia.

Not only will this extend the process of confirming a final deal but it also opens the way for individual countries to add their own demands to the negotiations. This line in the EU’s negotiating directives is therefore potentially significant: “The Parties should, consistently with Union rules, address issues relating to the return or restitution of unlawfully removed cultural objects to their countries of origin.” This could lead to a demand by Greece for the return of the Elgin Marbles to their original home in Athens.

The aggressive approach to the trade talks by both sides could be tactical posturing that will eventually lead to compromise. However, when the Government is prepared to accept an Australian-style exit, business organisations are beginning to see that the no deal they worried about in the run up to the end of last year may be back on the agenda well before Christmas 2020. The CBI has reminded the Government that its members are increasingly worried about the impact of divergence from mutual recognition of rules, red tape at borders and problems with data protection and market access for services (see www.cbi.org.uk).

The Freight Transport Association (FTA) has also added its voice to those expressing concerns that the Government is not focusing on the main areas of business concern in the run up to the talks. "Logistics needs to know now what procedures and processes will be used to cross borders, to have time to test and feedback on proposals, and then time to install and train staff,” Policy Director Elizabeth de Jong said. “The detail our members need is not available. Complex new systems cannot be delivered overnight without interruptions to the existing supply chain, even with the best will in the world.” The FTA’s suggestions can be found in Keeping the UK and the EU Trading, available at fta.co.uk.

Neither the CBI nor the FTA has a great deal to say about fishing in their reports, indeed they have nothing to say. This is hardly surprising as fishing contributes less than 0.5% to annual GDP. Financial services on the other hand do get the CBI’s attention as it notes that “the EU as a whole is the UK’s largest export market for financial services accounting for 42% of the sector’s exports, equivalent to £26.1 billion.”

This means it contributes around 7% to the UK’s GDP. No comparison it would seem, but the EU seems set on making access to EU markets for the City of London dependent on access to UK waters for their fishing boats. With regaining control of fishing waters an article of faith among many Brexiters, these negotiations look set to be about a lot more than simple trade in goods.