If the politician and poet Andrew Marvell had ever got round to writing an “Ode to a Coy Trade Negotiator” he might have reminded them that some things you cannot simply keep putting off forever. Unfortunately, lacking his words of caution, the UK and EU teams have continued to meet and continued to report little or no progress. 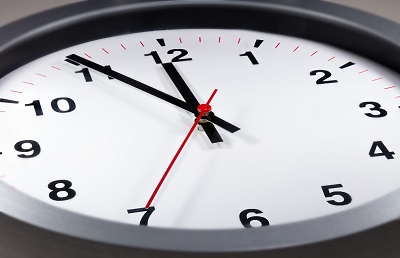 Whose fault this is depends on which debriefing note you are reading: according to the UK, the EU side had failed to respond to the pragmatic offers made by David Frost and his team; according to the EU’s chief negotiator, Michel Barnier, the UK has hardly moved from the days when the Prime Minister boasted of having his cake and eating it. Whoever is to blame, one thing seems certain: the days of the “oven-ready deal” (copyright Boris Johnson) and “the easiest trade deal in history” (copyright Liam Fox, the UK’s nomination to become the next head of the World Trade Organisation (WTO)) have vanished as the talks limp towards a conclusion.

In the previous article in this series, attention was drawn to a 200-page document covering likely customs procedures after the end of the transition period. Despite its length, this document did not cover the position in Northern Ireland and that omission has since been filled by the Cabinet Office. It has issued guidance providing support for businesses engaging in new processes under the Northern Ireland Protocol.

This will take effect at the end of the transition period and is intended to be a practical solution to avoid a hard border with Ireland whilst ensuring the UK, including Northern Ireland, leaves the EU as a whole. The guide is in five parts, all available at https://www.gov.uk/government/publications/moving-goods-under-the-northern-ireland-protocol and covers the following.

The relevant form can be found at

https://assets.publishing.service.gov.uk/government/uploads/system/uploads/attachment_data/file/907513/NI-GB0820.pdf. The aim is to provide an end-to-end service which will guide traders through all import processes, including handling digital import and safety and security declarations on their behalf, at no additional cost. However, Seamus Leheny, Policy Manager for Northern Ireland at Logistics UK (formerly the Road Haulage Association (RHA)) has highlighted the significant challenges including customs documentation and other formalities which many businesses will be encountering for the first time. He cautioned that, with fewer than 150 days until the end of the transition period – and the scheme operator only due to be announced in September – there is very little time for the new systems to be trialled and implemented.

A truck load of trouble

Returning to the other border with the EU, the English Channel, a new cause for concern has appeared in recent days as reports have emerged suggesting disagreement in the talks over continued access to the EU market for UK hauliers. According to Logistics UK, neither side should risk putting pan-European supply chains at risk and potentially driving up the price of trade between the UK and its biggest trading partner. “There are two sides to every border,” Ms de Jong said, “and we are very hopeful that the EU will recognise the economic benefits to having continued access to the UK market for its hauliers, while acknowledging the contribution that UK hauliers bring to their own market.” In this regard, she highlighted that the EU’s hauliers do double the value of haulage trade in the UK that the UK’s own operators do in the EU.

Should the talks fail on this point then UK hauliers would be forced to apply for a limited number of permits to trade in the EU with a resulting slowdown in traffic across the border and with some firms failing to get the necessary permission. They would need to apply for a European Conference of Ministers of Transport (ECMT) permit but, unfortunately, the supply of these permits is limited. The Department for Transport (DfT) confirmed, for example, that it could provide, for 2019, just 984 annual permits for Euro VI emission vehicles, 2592 monthly permits for these vehicles and 240 monthly permits for Euro V or VI emission vehicles.

Turning to the Government’s stand-by position — that it can replace the EU if talks fail because it will be free to do deals “around the world” — a new report by the Institute for Government (IfG) argues that ministers will not be able to conclude a large number of trade agreements at speed after Brexit if they also want to maintain the Government’s much-prized regulatory autonomy. The report suggests that, even though it is now negotiating four new trade agreements and 18 ‘rollovers’ of existing EU deals (not to mention the ongoing talks with the EU itself), the Government still lacks a firmly agreed position on many of the issues it will face.

“Trade and Regulation after Brexit”, available at

https://www.instituteforgovernment.org.uk/sites/default/files/publications/trade-and-regulation-after-brexit.pdf, argues that prospective trading partners are likely to tell the UK to change its standards in areas such as food safety and environmental protection if it wants a trade deal. The IfG believes that the continuing row over ‘chlorinated chicken’ highlights public concern about lowered standards while tensions between the governments in London and Edinburgh over changes to food standards are high. It describes launching into complex trade negotiations before having established a domestic regulatory approach as an unforced error by the Government.

The report recommends that ministers should clarify their red lines and stop arguing about food standards. They should also allow Parliament greater powers of scrutiny and adopt a more co-operative approach with the devolved administrations. Maddy Jack, IfG senior researcher, said: “Three years ago we warned that the Government had not set up the necessary structures for effective decision making on key trade policy issues. The government did not heed that warning then, but it now needs to move urgently to put them in place.” Otherwise, she concluded, it will find itself losing control of trade and regulatory policy to better prepared partners.

Could this go to extra time?

In theory, the two sides could agree that so much time has been lost because of the impact of the Covid-19 crisis that it would make sense to scrap the deadline imposed by the transition period and set a fresh date allowing more time for the negotiations to reach a mutually beneficial conclusion. This has been hinted at by Germany’s European affairs minister, Michael Roth, who called on those responsible in London “to be more realistic and pragmatic”. Quite apart from the trade element of the talks, he said that Germany and France are becoming concerned that the UK is casting doubt on future relationships in the field of security policy.

However, there has been no indication from the UK Government that it will agree to any extension of the talks with several Ministers expressing the view that, if the EU sticks to its red lines on matters such as fishing rights and the need for a level playing field when it comes to environmental and employment standards, then no deal will be the preferred outcome. One of the main problems seems to be that the UK wants to sign off agreements one-by-one while the EU is sticking to its insistence that, until key areas such as fishing rights are decided, it will not sign up to other areas.

The most recent announcement from Mr Barnier is worrying. Speaking after talks in August he said: “Given the short time left, what I said in London in July remains true, today at this stage, an agreement between the UK and EU seems unlikely.” Negotiations are set to continue through September with meetings probably taking place up to 2 October. That will leave less than a fortnight before an EU Council meeting at which it was hoped that an agreement could be endorsed before being passed to the European Parliament for ratification. The clock that Mr Barnier keeps talking about is still ticking. Or as Mr Marvell put it more poetically: “But at my back I always hear, Time’s wingèd chariot hurrying near”.