Almost exactly two years ago, one of the articles in this series had the title You can’t always get what you want, which only goes to show that Mick Jagger would never make it as an adviser to a Prime Minister who firmly believes the opposite. Not only has Boris Johnson continued to stick to his demands, he has increased the pressure by setting September as the deadline for agreeing on a new trade deal. The date by which the UK will leave the Union may still be several months away — 31 December — but a Number 10 spokesman has cut the actual negotiating time to a matter of weeks by insisting: “We’ve always been clear that talks can’t go on into the autumn.” 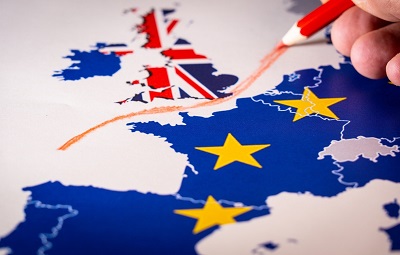 If that was insufficient to concentrate minds, the Government then announced that its chief negotiator, David Frost, will be otherwise engaged after the summer as he has been named as the UK’s national security advisor. Even though the EU talks will remain his ”top single priority”, the message from the UK is clear: there is simply no time to waste.

Famously, a football game between England and (West) Germany was decided by a Russian linesman: now the match between the UK and the rest of the EU will have a German referee looking on as Chancellor Angela Merkel’s country took over the Union’s rotating presidency on 1 July. She has already made it plain that the EU will continue to speak with one voice, despite the often repeated hopes of keen Brexit supporters that German car manufacturers would put pressure on her government to ensure that the UK received a favourable deal.

If the UK sticks to its refusal to agree to a level playing field, she said, then it must live with the consequences, “that is to say with a less closely interconnected economy”. As she went on to say: “If Britain does not want to have rules on the environment and the labour market or social standards that compare with those of the EU, our relations will be less close.”

If the new sense of urgency meant that every available day was to be devoted to reaching a deal, the message seems to have failed to reach the negotiators. Despite the talks reverting to face-to-face meetings, after the unpopular experiment with video conferencing during the UK’s coronavirus lockdown period, the expected personal chemistry failed to appear. The early July talks ended a day early with both sides complaining of failure to compromise by the other. Mr Frost’s comment that the latest talks had “underlined the significant differences that still remain between us on a number of important issues” was not the conclusion that many had been hoping for.

Get ready for a world-beating border

The politician with day-to-day responsibility for Brexit, Michael Gove, came to the House of Commons in mid-July to update MPs on progress, or lack of it. Acknowledging that, whether or not a deal is done, there will be significant changes ahead for the Government, businesses and individual citizens, he promised a major new public information campaign “to make sure that everyone has the facts they need about the actions we all need to take in order to be ready”.

Going back somewhat on earlier promises that trade with the EU would continue to be as seamless as possible, he then said that he would provide an operating model for the UK-EU border with detailed information for hauliers, shippers, freight companies and customs intermediaries. Taking a leaf from the “world-beating” promises that have decorated this year’s coronavirus press conferences, he said: “It will …help us to lay the foundations for the world’s most effective border by 2025, making our country more secure and our citizens safer.”

Imports and exports in 2021

True to his word, Mr Gove then issued “The border with the European Union: Importing and exporting goods”, a 200-page guide which outlines the processes for moving goods between Great Britain and the EU from 1 January 2021 onwards. This can be found at

https://assets.publishing.service.gov.uk/government/uploads/system/uploads/attachment_data/file/899991/200713_BPDG_-_Border_Operating_Model_FINAL_1320_edit.pdf. While it covers goods ranging from rough diamonds to bottled water, the guide does not include Northern Ireland, which to some extent will remain subject to EU customs legislation and will be covered in a separate publication. The Government also makes clear that, to afford industry extra time to make the necessary arrangements, it has taken the decision to introduce the new border controls in three stages.

It will be July 2021, therefore, before traders will have to make full customs declarations at the point of importation and pay relevant tariffs. Full Safety and Security declarations will be required, while for commodities subject to sanitary and phytosanitary (SPS) controls, these will have to be presented to border control posts and there will be an increase in physical checks and the taking of samples. Traders were left in no doubt by the guide that they need to take certain actions as soon as possible and certainly without waiting to see the outcome of the trade talks.

Prepare for a deal

Business organisations have spent several years worrying about the possibility of no deal but recent weeks, and in particular the publication of the border strategy, have made it increasingly clear that, even if there is a deal, they will still need to be ready for significant changes. They must take account of the following.

Deal or no deal

In a rare show of harmony, the European Commission also warned that changes will occur to cross-border exchanges between the EU and the UK, irrespective of whether an agreement on a future partnership has been concluded or not. “Following the UK Government's decision not to extend the transition period, we now know that these changes will take place on 1 January 2021 — deal or no deal”, the EU’s chief negotiator, Michel Barnier, said. The Commission has accordingly published “Getting ready for changes” which sets out a sector-by-sector overview of the areas where businesses need to prepare and sets out the measures that they should take in order to be ready for the expected developments. This can be found at

It explains that Customs formalities required under Union law will apply to all goods entering the customs territory of the Union from the UK, or leaving that customs territory to the UK after 1 January. “This will happen even if an ambitious free trade area is established with the UK, providing for zero tariffs and zero quotas on goods, with customs and regulatory cooperation,” the Commission underlines.

Summing up the London round of talks that concluded July, Mr Barnier gave a balanced statement. While emphasising that both sides remain far away from agreement, and noting that the UK still continued “to request single market-like benefits” without offering any compromise in return, he recognised that, on two important subjects, transport and energy, there had been intense and useful discussions.

Robust guarantees for a level playing field and “a balanced, sustainable and long-term solution for fisheries” remain a long way off, however, and, despite repeating his belief that the UK wants a deal, Mr Barnier again made it clear that the EU was united in its resolve not to give way on these two key points. A Dutch observer of the latest talks reportedly said that a deal would eventually "come swimming across the Channel”. It may need to start a few practice laps if it is going to arrive in time.