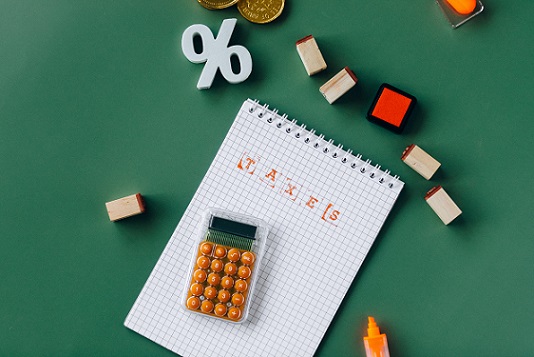 A recent report by the National Audit Office (NAO) criticises both the Treasury and HM Revenue and customs (HMRC) for failing to take account of the costs and benefits of environmental taxes, or to fully assess whether the taxes themselves help achieve the government’s environmental objectives.

Environmental taxes are considered an essential tool in implementing environmental policy. Taxing goods or services which damage the environment encourages businesses to adopt best practice and for citizens to change their behaviour. They also address market failures, incentivise innovation in pollution control and generate revenue that can potentially be used to support measures that protect health and the environment.

But it doesn’t always work that way and there are numerous accounts of some operators using tax avoidance measures instead, such as illegal effluent discharges and fly tipping, which can have significant negative impacts on the environment and society.

The NAO report highlights landfill tax as one example, which it says contributed to a 65% fall in total waste to landfill but was also partly responsible for a significant rise in illegal waste disposal, as a way for some to avoid paying the tax altogether. HMRC estimates a 28% gap between Landfill Tax due in 2018–19 and the actual tax receipts collected have been declining in recent years.

Which begs the question — is the tax still working effectively? Landfill Tax was the UK’s first environmental tax, introduced in 1996. The tax rate at that time was just £8/tonne for active waste — today’s standard rate stands at over £94/tonne. A report by Adrian Martin, The Effectiveness of the UK Landfill Tax, argues that the tax has failed to change the behaviour of waste producers and SMEs, nor has it contributed to a transition away from landfill and there is insufficient data to monitor re-use and waste minimisation.

How environmental taxes are managed in the UK

Responsibility for devising the measures needed to achieve policy objectives and to monitor and evaluate their effectiveness rests with the Treasury and HMRC. The Treasury is responsible for the strategic oversight of the tax system and HMRC is responsible for administering the system. Collectively, these departments are known as the “exchequer departments”.

The NAO report explores how exchequer departments use their resources to manage the relationship between the wider tax system and the government’s environmental goals, including its statutory commitment for the UK to achieve net zero greenhouse gas emissions by 2050.

ONS defines environmental taxes as those based on a physical unit that has a proven negative impact on the environment, such as a litre of petrol or a proxy of it, such as a passenger mile. The Treasury and HMRC administer four taxes with explicit environmental objectives.

A new Plastic Packaging Tax is expected to come into force in April 2022 and it is likely that environmental taxes will have a larger role to play in the future, as the Government gears up net zero commitments.

The primary purpose of some taxes, such as fuel duty and air passenger duty, is to raise revenue, but these can also contribute to commitments to reduce CO2 emissions and improve air quality. For example, it was announced in the 2020 Budget that the Government would restrict entitlement to the reduced rate of fuel duty on diesel used in off-road vehicles, specifically to improve air quality and reduce CO2 emissions.

Similarly, other “economic instruments” such as the Emissions Trading Scheme (ETS) and Extended Producer Responsibility (EPR) aim to internalise environmental externalities as a financial incentive for businesses to take account of environmental and other impacts.

The latest data on environmental tax revenue raised in 2019, shows:

Total environmental taxes are around £51.7bn, representing 2.3% of the UK’s Gross Domestic Product in 2019. This figure is broadly in line with environmental tax revenue over the last 23 years.

Over £34.7bn came from taxes administered by HMRC. Most of the remainder was accounted for by taxes and charges which are the responsibility of the Department for Business, Energy & Industrial Strategy (BEIS) and Vehicle Excise Duty, which HM Treasury has policy responsibility for and is administered by the Driver & Vehicle Licensing Agency.

The government’s Green Book requires departments to monitor and evaluate tax measures and assess how their impact on policy objectives. An environmental tax can be more complicated to design because the impacts are often more difficult to evaluate, particularly where it overlaps with other interventions.

Exchequer departments do carry out many important practices, such as consulting with stakeholders and ensuring taxpayers get advance warning so they can prepare for environment tax changes. But according to the NAO report, exchequer departments do not quantify all costs and rarely specify how they measure environmental impacts that Parliament can use to assess whether taxes are meeting government policy objectives.

The NAO also found that HMRC has failed to carry out any evaluations of the impact of environmental taxes, other than the Landfill Tax. The Chancellor’s Budget 2020, for example, announced the Plastic Packaging Tax would “increase the use of recycled plastic in packaging by 40% — equal to carbon savings of nearly 200,000 tonnes”. However, the exchequer departments did not set these as measures of success in the Tax Information and Impact Note (TIIN).

More generally, NAO found that published TIINs for changes to environmental taxes, such as revisions to Climate Change Levy rates, briefly described but rarely quantified the environmental impact. Setting out clear metrics in TIINs, on carbon emissions or the production of new plastic, would assist Parliamentary scrutiny, the NAO concluded.

And, whilst HMRC does have a strategy for reducing the risks of non-payment of environmental taxes, it has only a partial understanding of the gap between tax due and collected for three of the four environmental taxes mentioned above.

HMRC and HM Treasury are responsible for designing, monitoring and evaluating taxes, as well as ensuring they support government’s wider objectives, including the environment, and raise revenue.

NAO recommends that all exchequer departments should clarify their approach to administering and evaluating environmental tax measures, and formalise tax policy-making and other relevant guidance to comply with wider government guidance (such as The Green Book on appraisal and evaluation).

It calls on both departments to determine how tax measures are assessed against policy objectives and to monitor impacts as well as revenue by collecting and reporting data on the level of compliance, and environmental outcomes.

Clear criteria for prioritising which taxes have an impact on the environment to evaluate should also be developed, taking into account risks to value for money and the costs of evaluation.

HM Treasury is undertaking a review into how the transition to a net zero economy will be funded. An interim report highlights that tax, regulation and spending are important tools to support government’s efforts to get to net zero. The final report will consider how HM Treasury could incorporate climate considerations into spending reviews and fiscal events, and how to embed the principles of the review into policy making across all government departments.

As the UK emerges from the Covid-19 pandemic and the fallout from Brexit, tax measures are set to play an increasingly important role in fulfilling government environmental policies and funding legally binding commitments to net zero emissions by 2050.

The full NAO report into environmental taxes is available here.

The review into funding the transition to a net zero greenhouse gas economy is available from HM Treasury.