The Environment Act, Cop26 and Net Zero commitments were the main headliners of 2021 and the raft of policies and regulations to support these are starting to filter through. In this report, John Barwise looks at what businesses can expect in 2022. 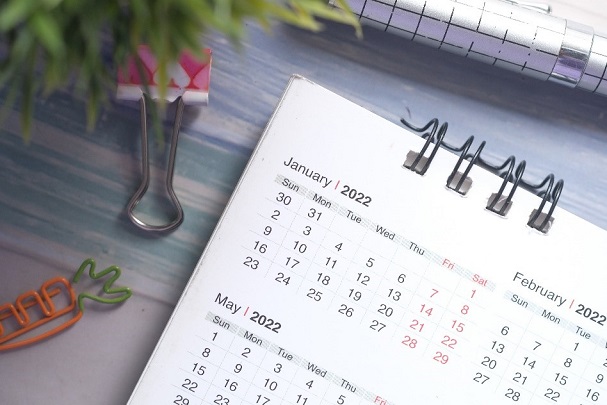 Climate change, environmental protection and a visionary ‘green industrial revolution’ occupied a significant amount of Parliamentary debate in 2021, resulting in major shifts in government policies. Over the next 11 months we will see how those changes will affect businesses in all industry sectors. Below are a few key elements to watch out for.

Regarded as one of the most important pieces of legislation in decades, the new Environment Act introduces new powers to improve air quality, restore natural habitats, increase biodiversity, reduce waste and make better use of resources.

The Act will play a key role in the way businesses manage and control their environmental impacts. Some of the key elements include:

Clean Air Zones (CAZ) were introduced to encourage cleaner vehicles in inner city areas and businesses may have to pay a charge if their vehicles exceed emission standards in a CAZ. So far, Portsmouth, Bath and Birmingham have CAZs: Bradford and Greater Manchester will introduce CAZs early in 2022 and others are expected to follow. There are four different CAZ regimes and charging is not compulsory, but businesses will need to check locally to see what might apply to their vehicles. London operates an Ultra Low Emission Zone. There are exceptions for some vehicles. Further details are available here.

On other air pollution issues, the Environment Act makes provisions for targets on air quality, including for fine particulate matter, the most damaging pollutant to human health. New regulations will make it will be easier for local authorities to enforce restrictions on smoke emissions from domestic burning, and the government will also be required to regularly update its National Air Quality Strategy. The Act also establishes a legally binding duty on government to bring forward new air quality targets in secondary legislation by 31 October 2022. Details of the government’s wider Clean Air Strategy can be found here.

Public concern over huge volumes of raw sewage being discharged to rivers and coastal areas has focused attention on water quality and public health. The Act includes provisions for better drainage and sewerage management planning with new legal duties to ensure water companies progressively reduce the adverse impacts of discharges from storm overflow. The Government is expected to publish a storm overflow discharge reduction plan by September 2022.

There will also be tighter controls to minimise abstractions that may damage the environment particularly during drought periods, which could affect businesses that rely on water resources for their products and services. Plans to modernise and simplify water abstraction and impounding regulation in England, are also out for consultation along with new proposals to give the Environment Agency (EA) more powers to protect groundwater resources. Regulations are expected sometime in 2022.

As part of the government’s wider plans to improve resource efficiency, the Act includes powers to charge for all single use items (Schedule9), similar to the plastic bag tax, which the government says will help reduce waste and end the ‘throwaway culture’. Proposals for banning single use items are out for consultation, with decisions on next steps expected early in 2022.

On the wider resources and waste management strategy, the Government has a number of proposals out for consultation or review. Key elements likely to affect businesses include the following.

Plastics packaging tax: the government is planning to introduce a tax on plastic packaging from April 2022 and is intended to provide businesses with an incentive to reduce plastic packaging. The new tax will apply to plastic packaging manufactured in, or imported into the UK, that does not contain at least 30% recycled plastic and could affect around 20,000 producers and importers across a range of industries. Reported on Croner-i here.

Restrictions on plastic exports: the Act contains powers which will allow the government to “regulate, ban or restrict the import and export of waste” which could see a ban on the export of plastic waste to non-OECD countries. Agreement and details are yet to be decided.

Extended Producer Responsibility (EPR): this is a new piece of UK legislation that replaces existing packaging waste regulations, which will see the cost of collecting household waste shift from the taxpayer to businesses, at an estimated £1.5bn a year. The regulations are set to come into force in 2023, but industry bodies are telling businesses they need to act now to ensure there is visibility of packaging material flows and of materials used across products and processes. The Environment Agency’s packaging producer monitoring plan for 2022 is available here.

More on EPR: local government associations have written to Environment Secretary, George Eustice, saying recycling markets could double in size if government sticks to plans to allow councils to administer household-type waste collections from business waste collections under an EPR franchising regime. Waste industry businesses are opposed to this plan. Watch this space.

Deposit Return System (DRS): the DRS is a financial incentive designed to increase drinks containers' recycling and reduce plastic, aluminium and glass waste. It places a deposit on a drinks container at the point of purchase, which is paid back to the consumer when the empty packaging is returned to a designated collection point. The deadline for a has been extended to 2023 but the government has promised to publish a full response to the consultation by early 2022 to give businesses time to prepare for future regulations.

REACH: the Act gives government powers to amend REACH and related Enforcement Regulation. The latest announcement from government is that businesses will be allowed an extra two years to implement UK REACH registration following industry concerns over the time and costs of duplicating efforts to register supporting safety data with both the UK and the EU systems.

Office for Environmental Protection (OEP): the OEP has finally achieved legal status. Its scope includes monitoring progress against environmental improvement plans and targets, with enforcement for non-compliance with environmental law. The OEP expects to be fully established early in 2022 after Parliament transfers powers and functions that will allow it to hold government to account on their statutory duties to protect and improve the environment. But critics argue the new watchdog lacks independence and has limited powers on enforcement.

The Government has announced legislation for Britain’s largest businesses and institutions to report on climate-related risks and opportunities. The new requirements, which come into force in April 2022, mean that over 1300 of the largest UK-registered companies and financial institutions will have to disclose climate-related financial information on a mandatory basis, in line with recommendations from the Task Force on Climate-Related Financial Disclosures.

New regulations under the Pension Scheme Act 2021 include reporting obligations in the UK on pension schemes. For those above £5bn, the rules enter force in October 2021, with the first reports due in 2022, while pension schemes between £1bn and £5bn must file their first reports from the end of 2023.

The Financial Conduct Authority (FCA) has published a bespoke ESG strategy, setting out its statutory role in supporting the transition to a more sustainable economy, working with industry, listed companies, government and international partners.

Bogus green claims for products and services will also be under increased scrutiny in 2022. Greenwashing’ is used to deceptively persuade consumers that a business's products or services are greener than they are. The Competition and Marketing Authority (CMA) is currently monitoring a range of green claims. In September, the CMA introduced a new ‘Green Claims Code’ and says businesses have until early in the New Year to ensure environmental claims comply with the law. The Code also applies to business-to-business (B2B) claims.

Similarly, the Advertising Standards Authority (ASA) is enquiring into specific issues starting with the carbon reduction, including aviation, cars, waste, animal-based foods and heating and later into claims about recycling, biodegradability and so called ‘plastic alternatives’. The ASA says it is determined that advertising regulations will reflect growing concerns over climate emergency.

The government’s ten point plan sets out the approach Government will take to support green jobs, and accelerate our path to net zero. Around £12 billion of government investment, combined with potentially three times as much from the private finance, will be spread across a range of industry sectors including renewables, emerging technologies such as hydrogen, retrofitting buildings and new investment in carbon capture and storage.

The ten point plan aims to create and support up to 250,000 new jobs in an emerging ‘green economy’, as confidence in new green technologies and finance markets mature during 2022. Funding for new initiatives is already available and there will be more opportunities for businesses in 2022.

The Cop26 summit in Glasgow set a number of firm commitments to reduce greenhouse gas emissions including phasing out coal, reducing methane and reducing deforestation. A commitment to limit global heating to 1.5C by 2050 was agreed by many countries, but not all.

However, all countries did agree to set new emissions targets and update their Nationally Determined Contributions (NDCs) for the next annual COP27 climate summit scheduled to be held in Egypt in November 2022.

Despite all the legislation in 2021 and the raft of new regulations coming through in 2022, the government has so far failed to come up with the breadth of policies needed to meet all its net zero commitments.

The Committee on Climate Change (CCC) says the government still needs to publish a strategy for phasing out all gas-fired power stations by 2035, and to remove fossil fuel subsidies.

Plans for improving home energy efficiency for the 60% of UK owner-occupied households are too ‘vague’ and public engagement in net zero needs further action, according to the CCC. The recent Energy White Paper hints that more funding will be forthcoming in the Heat and Buildings strategy, but a proper plan to carbon free homes is still some way off.

Defra also needs to set out a clear strategy to tackle emissions from agriculture and the challenges for how we use land and soil. The government has pledged to plant 30,000 hectares of trees a year by 2025, in line with CCC advice for a 17% increase in woodland cover by 2050 to store carbon and meet the goal to reduce emissions to net zero. But planting last year failed to meet even half of the target and has not risen above 15,000 hectares a year UK-wide since 2001.

At policy level, the CCC is also calling on the Chancellor to set out how the Treasury will use the tax system to support the transition to Net Zero, and fill the fiscal gap implied by falling fuel duties, as more businesses and consumers turn to electric vehicles.

The UK is moving slowly but inexorably towards a low carbon green economy. The drive towards a new ‘green industrial revolution’ and the regulations coming through in 2022 will no doubt put added pressures on businesses to rethink their environmental obligations. This may mean added costs for firms and consumers in the short and medium term, although the push for more efficient resource management and improvements in energy savings will likely lead to lower overheads in the longer term.

The good news is the prospect of substantial investment in low carbon energy, coupled with new technologies across all industry sectors, will lead to reskilling and more job opportunities and further green growth. But this will only work if government delivers on its net zero commitments and sticks to its green growth strategy.