The draft Environment (Principles and Governance) Bill could be one of the most ambitious and far-reaching pieces of environmental legislation ever to reach the UK statute book. But there remain a number of deficienciesand there are “glaring oversights” in the way future governments can be held accountable for their environmental responsibilities. John Barwise explains the current shortcomings in the draft Environment Bill. 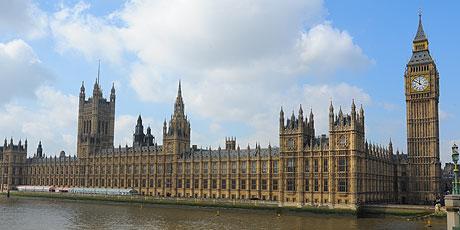 Under the Bill, all future governments will be held to account if they fail to uphold their statutory duties, including legally binding targets on net-zero emissions by 2050, air quality, water pollution, resource efficiency and waste reduction and enhanced powers to protect nature and wildlife habitats.

Environmental principles will apply across all government policies — the precautionary principle, the polluter pays principle and the all-important principles of public participation and access to environmental information.

Overseeing the raft of new commitments will be a new watchdog, the Office of Environmental Protection (OEP), with powers to scrutinise government environmental policy and law, investigate complaints and, if necessary, take enforcement action against public authorities to ensure environmental standards are upheld.

The response from business and environment organisations to the initial draft Bill released last December was broadly positive. Angus Evers, Co-Chair of UK Environmental Law Association (ELA), described the Bill as a “bold attempt at ensuring that the UK’s environmental standards do not slip, but are maintained and even enhanced.”

The final publication of the Bill, published this October, follows through on most of the commitments outlined in the draft Bill, but there are significant differences that could undermine the Bill’s environmental priorities. Questions have also been raised over whether the OEP has the level of independence needed to hold future UK Governments to account.

Theresa May's original Brexit Withdrawal Agreement Bill (WAB) contained a legally-binding commitment to “non-regression” in the level of environmental protection. The ‘backstop’ was designed to ensure that; “the level of environmental protection provided by law, regulations and practices is not reduced below the level provided by the common standards applicable within the Union and the UK at the end of the transition period”.

This shared commitment to maintaining high environmental standards through non-regression is absent from the revised Withdrawal Agreement Bill negotiated by the new Prime Minister, Boris Johnson. So too is any mention of environmental protection over air quality, water pollution and other environmental issues. Instead, these issues are addressed in a second document, the Brexit Political Declaration which, according to the Institute for Government, is not legally binding and only sets the direction of future negotiations.

A further commitment to maintain a “level playing field! regarding EU environmental principles and international conventions has also been omitted and replaced by non-binding commitments in the Political Declaration, with only a vague reference to upholding these principles in future trade agreements between the EU and the UK. A leaked document from the Brexit department (Dexeu) and seen by the FT, titled Update to EPSG, confirms that the Government’s interpretation of the level playing field “will be very different” from the EU.

The omission of non-regression provisions and the absence of a ‘level playing field’ from the Withdrawal Agreement could have far-reaching consequences for future environmental protection measures in the UK.

According to Greener UK, an alliance of 13 major environmental organisations, environmental principles set out in the draft Bill do not have a legal basis for decisions and are more for reference and consultation.

EAC Chair, Mary Creagh, described the current environmental principles set out in the Bill as “not fit for purpose”, arguing, for example, that decisions relating to tax and spending, national security and the Ministry of Defence, would not need to consider these principles under current proposals.

The Committee of MPs also criticised the “needlessly long timeframe” for meeting legal-binding targets for water pollution, biodiversity, resource efficiency and waste reduction. Under current draft arrangements, the Government has until 2022 to set the improved targets but has allowed until 2037 for those targets to be met, which MPs describe as “too little too late”. In the face of “ecological emergency, the time to act is now,” Creagh said.

The Government’s failure to set legally binding air pollution targets that match World Health Organisation goals to reduce fine particulate matter to 10 micrograms per cubic metre by 2030, has also been questioned by environment and health organisations.

Other deficiencies in the draft Bill include the lack of environmental accountability by all government departments, the exclusion of national infrastructure projects from the Government’s ‘biodiversity net gain’ policy, and the absence of any additional funding and specialist support for over-stretched local authorities who will have additional legal duties for implementing most of the Government’s Nature Recovery Plans.

The Government accepts that some of the existing mechanisms that scrutinise whether the Government has achieved its regulatory environmental targets and standards will no longer exist when the UK leaves the EU.

The proposal to create a new Office of Environmental Protection is designed to address these short comings, with powers to scrutinise environmental policy and investigate complaints and, if necessary, take action to bring about the proper delivery of environmental law by government.

But questions remain over what those powers will be and whether the OEP will have sufficient levels of independence to carry out its functions. Speaking at the EAC inquiry, former Environment Minister, Thérèse Coffey, acknowledged that the OEP would not be able to fulfil all the roles of the European Commission or the legal powers of the European Court of Justice (CJEU).

In a letter to the new Environment Secretary, Theresa Villiers, Creagh said her Committee’s main concern with the draft Bill was the independence of the OEP and its ability to scrutinise the Government’s performance on the environment effectively.

Under the current proposals, the OEP chair and board members will be appointed by the Secretary of State and be accountable to ministers, which compromises the body’s independence and makes it less independent than similar oversight regulators.

The EAC says the Government should strengthen the links between the OEP and Parliament and change the proposed governance structure to enhance the independence of the OEP, using the governance models provided by the Public Accounts Commission and the National Audit Office, which the EAC says have greater independence and are more appropriate for the OEP.

Environment Bill — what happens next?

Brexit and Britain’s relationship with the EU has dominated House of Commons business for over three years, and over recent months the debates over whether we leave the EU without a deal, have intensified.

There has been very little time set aside for ‘the Environment Bill and ‘other business’ and even less scrutiny of the Bill by the environment media. For the record, Croner-i can report that the Bill actually passed its second reading unopposed on 28th October and moves a step closer to becoming law.

Under normal Parliamentary procedures, the Bill’s 130-clause piece of draft legislation would now move on to committee stage where MPs would start the process of clarifying some of the Bill’s ambiguities and come to some sort of consensus to ensure it is ‘fit for purpose’.

But these are not normal times, in the latest twist to the long-running Brexit stalemate, Parliament has voted overwhelmingly to hold a general election in December. The future of Brexit will depend on the outcome of that election.

Unfortunately, one of the casualties of this long-running saga is the Environment Bill which is likely to fail because Parliament has run out of time. It will be up to the next elected government to decide whether to start the whole legislative process all over again — although the good news is that all sides of the House of Commons recognise that we need a new transformative Environment Act to meet the challenges of our times.