Laura King looks at how the Environment Agency are using Enforcement Undertakings, and what companies should consider if an offer is being made. 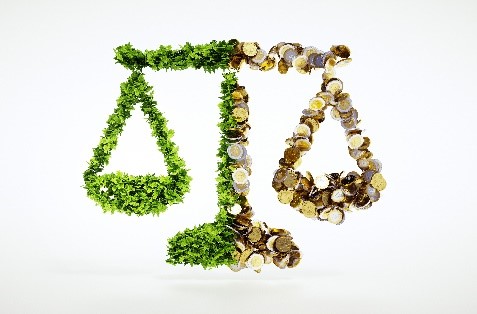 If you hear about environmental fines in the news, it is usually because the figures are high: in September 2019 alone, Anglian Water was ordered to pay more than £156,000 for polluting a brook in Northamptonshire with sewage, and a plant nursery owner has had to pay more than £27,000 for illegally disposing of waste herbicides and pesticides in Somerset.

Although the fines can be significant, the number of prosecutions is actually dropping. Figures released by the Government show that the number of court cases brought by the Environment Agency (EA) dropped by 66% in four years - from 87 in 2014 to just 30 in 2018.

However, despite these figures indicating that enforcement action is decreasing, a spokesperson from the EA made it clear that part of the reason for this is that the organisation was adopting “new approaches designed to prevent and disrupt illegal activity” instead of solely relying on the courts, while adding that “the EA is still taking prosecutions in the most serious cases”.

These approaches include alternative interventions such as advice and guidance, warning letters and enforcement notices, more action to suspend and revoke the permits of non-compliant operators, as well as an increased use of civil sanctions and penalties such as Fixed Monetary Penalties, Stop Notices as well as Enforcement Undertakings (EUs).

Of these, EUs are becoming a more popular option, and the EA has said that they are “increasingly” using this method to enforce against suitable cases.

What is an EU?

An EU allows a business that finds itself in breach of environmental law to offer a package of measures that will rectify the harm caused to the local environment, and return the business to compliance. They are voluntary and can be offered either proactively (where the company is self-reporting an offence prior to action being taken by the EA) or reactively (after a breach is already being investigated).

They were first introduced under the Regulatory Enforcement and Sanctions Act 2008. Originally just intended for some offences under producer responsibility obligations, they were extended to certain offences committed under the environmental permitting regime in June 2015.

Offences under the Environmental Permitting Regulations (in England and Wales), for which an EU can be offered include the following:

Although an alternative to prosecution, EUs still involve a financial penalty which can still be significant. Indeed, in the EA’s 2017 report highlighting regulatory progress, payments from EUs to charities, organisations and people were reported to jump from £900,000 in 2016 to nearly £2.2 million in 2017.

The latest cases published by the Government showed that 44 EUs were adopted between 20 October 2018 and 22 May 2019, with the highest payment made by United Utilities Ltd for £511,000. However, it is not just large water companies offering EUs. For example, within the same timeframe, Woodwards Farm Ltd contributed £6,000 to Ouse and Adur Rivers Trust, and North West Construction UK Ltd contributed £5,000 to Mersey Rivers Trust.

What are the benefits of an EU?

Previously, the only options available to the Environment Agency for breaches of permit conditions were either prosecution through the courts, warning letters, or a caution. Many considered that these enforcement options were a blunt tool for improving compliance – they were slow, time-consuming, costly, and neither option helped remediate the local environment that had been damaged.

In contrast, from a business perspective, an EU offers significantly more control. As EUs are offered by the business themselves, they are a proactive approach to compliance that give more control for those businesses who have found themselves in breach of environmental law. In many cases they mean a company can reduce reputational damage by working locally to put right the harm caused, can reduce the workload associated with defending a case, and they can also be cheaper than any potential fines or costs issued by a court.

Although some might criticise this option as a way of businesses ‘buying themselves’ out of poor practice, advocates for the method say that they allow for otherwise compliant businesses to take more responsibility for their actions.

What should be considered?

As a result, it is unlikely that the most serious offences, or those where there has been deliberate or reckless behaviour, will be enforced through an EU. However, in other cases where an EU is a plausible option, any EU offering will need to outline actions to ensure that:

For an offer to be accepted, the EA must have reasonable grounds to suspect the offender has committed the specified offence. However, despite this, an enforcement undertaking is not an admission of guilt, and the EA cannot prosecute for the original offence if the EU is complied with.

What is the best approach for offering an EU?

Offering an undertaking early is often the best course of action. The EA have stated that it is “more likely to accept EUs which have been offered early or proactively.” In any case, an offer has to be made before legal proceedings begin, and so as soon as a regulatory breach is identified, companies should consider their options.

However, while time is of the essence, an EU should not be poorly considered. Once agreed, it is a signed contract, legally binding, and there are regulatory consequences if it is not complied with. The EA will not accept any offer that is not proportionate to the damage caused, or that does not address the underlying reasons for non-compliance.

As such, any offer needs to honestly appraise what actions need to be taken within the company and what damage has been done.