Alan Field looks at some examples of what drives the bigger energy security picture, including the demand for eco buildings. 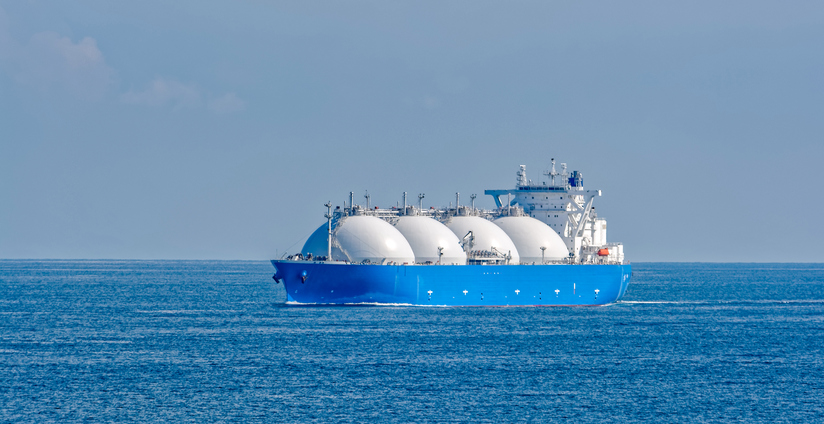 There is almost an implicit assumption that — with the flick of a switch or a computer command — lighting and heating will always be available. This of course assumes the consistent, uninterrupted availability of energy, irrespective of political or logistical issues throughout the world.

The facilities or environment manager — on behalf of their clients — also expects that very same certainty of constant energy availability. However, these certainties should never be assumed. This is where security issues reside.

Turning on the gas

At one time the global concern was oil and gas running out completely and the public focus is often on the finite nature of oil reserves. While it may well happen one day, it won’t in the immediate future.

There have been technological innovations, such as onshore shale exploration using “fracking” techniques, even if these and some other examples of exploration and production technologies remain controversial. In broad terms, there are now far more known and viable oil and gas reserves than were ever envisaged prior to when the Eastern Bloc was starting to dissemble from 1989 onwards.

In the built environment, natural gas is really the greater concern in terms of availability. In the UK there remains a very high dependency on gas for both commercial and domestic heating (up to 80% depending on the criteria used to so calculate). This is coupled with the fact that nearly half of all electricity in the UK is generated by gas fire power stations.

Natural gas is chiefly methane (CH4). While the UK is still a significant producer, British Gas estimates only 43% of all the UK’s natural gas needs are met from domestic production. The rest must be imported, through pipelines or by sea going liquefied natural gas (LNG) tankers. The LNG imports by sea into the UK come mostly from Qatar, Algeria, Malaysia and Trinidad, although occasional shipments are currently purchased from Russia and elsewhere.

British Gas also estimate about 35% of all the rest of Europe’s gas requirements are met by the Russian Federation. The Russian Federation produces about 19% of all the world’s gas (again, depending on the criteria used to calculate) and is considered to have the largest proven gas reserves of any country. Other parts of the world are also significant gas producers, eg USA, Norway, Algeria, Nigeria and Qatar to name but a handful.

The longer term concern is how politically stable some of these states are, either today or in the future. Assumptions are often made that availability of supply will automatically meet future demands, but this isn’t a given and neither is the future affordability of gas in relation to other competing energy sources. It should be remembered that gas is simply a commodity that it is bought and sold on world markets and is priced on a variable basis. It should also be remembered that CH4 is a potent greenhouse gas.

There are some advanced plans to “decarbonise” the UK gas supply network and to use biomethane and/or hydrogen gas for the UK’s gas needs but the UK’s Parliamentary Office of Science and Technology (POST), has pointed out a number of technical and capacity issues to resolve before these alternatives could make a significant contribution.

While there is considerable progress with developing renewable sources of generating electricity, there are still many practical issues, eg there is comparatively little opportunity to extend hydroelectric schemes. However, in saying this, the UK has the so-called “Electric Mountain” in Snowdonia National Park. Hidden in a mountain, Dinorwig is a hydroelectric power station that has the ability to generate power from zero to almost 2GW in around 10 seconds. That is indeed phenomenal — the electricity is fed into the National Grid at times of high demand or if there is ever another contingency to meet.

Of the other renewable sources, eg solar, tidal, biomass and so forth, the UK seems to be putting most of its current faith in wind (although solar and other renewables are supported). Ofgem points out that the Government’s target is to have 10GW of electricity generated by offshore wind farms by 2020. However, as explained below, one must never forget the carbon life cycle of such projects, which can be considerable and ongoing. With offshore wind farms, the more hostile the environment these are built in, then the more complex — and carbon hungry — these can be.

Also, unlike gas, electricity cannot really be stored, ie it needs to be used as and when it is generated — in simplistic terms too little or too much wind may not coincide with demand. Worst case, there is electricity available when there is no need for it or electricity is not available when it is wanted and, consequently, more has to be produced from fossil-fuelled power stations at peak times.

One of the next global goals must be the storage of electricity for use at a later date and some progress is being made with this.

On the other hand, greater use of batteries to power motor vehicles will increase demand on the National Grid and, again, the life cycle assessment (LCA) is often completely forgotten in public discussion; more batteries will mean more mining and transportation of raw materials and manufacturing impacts on energy and emissions. Currently, the end-of-life disposal of batteries and fuel cells present enormous challenges. This is not to say that electric cars are not a very important contribution to sustainability — it is simply that the LCA is more complex than first appears.

The myth of the eco building

Buildings that demand less gas and electricity are always seen as virtuous. This is, broadly, true. However, before getting carried away with this apparently very simple truth, a number of points need to be understood.

First, assumptions as to future running costs need to be subject to an accepted methodology so that decisions as to the energy mix chosen is appropriate, ie the cost, availability and carbon impact of competing energy sources can change — look at the decline in popularity of diesel engines in cars in just a matter of weeks, yet alone years.

Second, some of these eco buildings also reduce the thermal energy they produce or recycle it internally — with a consequent diminished carbon release to the atmosphere. This may be achieved by intelligent design, by using technologies such as ground source heat pumps or by structural climate controls, eg an HVAC. Some of these techniques are now well established but the long-term maintenance and training implications are not always fully understood by a design team. Energy consumption and emissions are often based on optimal performance and do not allow for lack of efficient operation or any wear and tear impact on the devices over the years. This needs to be addressed at design and mobilisation.

The third, and perhaps the key, matter to be aware of is that the carbon life cycle of any building needs to be understood. The LCA includes raw materials that need to be extracted, transported and then manufactured. Often manufacturing and testing will take place, then transportation to the site, with further construction, testing and mobilisation.

Sometimes the payback on the carbon cycle will be clear but, on other occasions, far less so. In simple terms, if the eco building has a greater impact on finite resources and global warming than a more conventional building then what is the payback to offset this and over what period of time?

Energy security is not just a ratified topic for commodity traders and politicians to consider. It impacts the built environment in many different ways. This article has outlined just some of the wider implications of energy choices and how LCA can help a wider understanding of this.

LCA is just one technique and one consideration and this article has only looked at some aspects of the question. The key point for the facilities or environment manager is not to be beguiled by all the immediate benefits of renewable technologies and eco buildings — there may also be some carbon trade-offs to be made. Where there is little or no impact in relation to more conventional solutions on offer then that might be a very good option indeed.