With the employment tribunal responsible for hearing claims from people who believe an employer or potential employer has treated them unlawfully, here is a comparison of tribunal cases for the three months from April to June 2018, compared to the same period in 2017.

The large increase in cases could be due to the lifting of fees in July 2017. Before 2013, there were no fees involved to bring cases to the tribunal. In 2013, the tribunal introduced fees (ranging from £390 to £1200) but in 2017, the Supreme Court scrapped the fees, with the Government refunding £32 million to those who had paid to make claims. 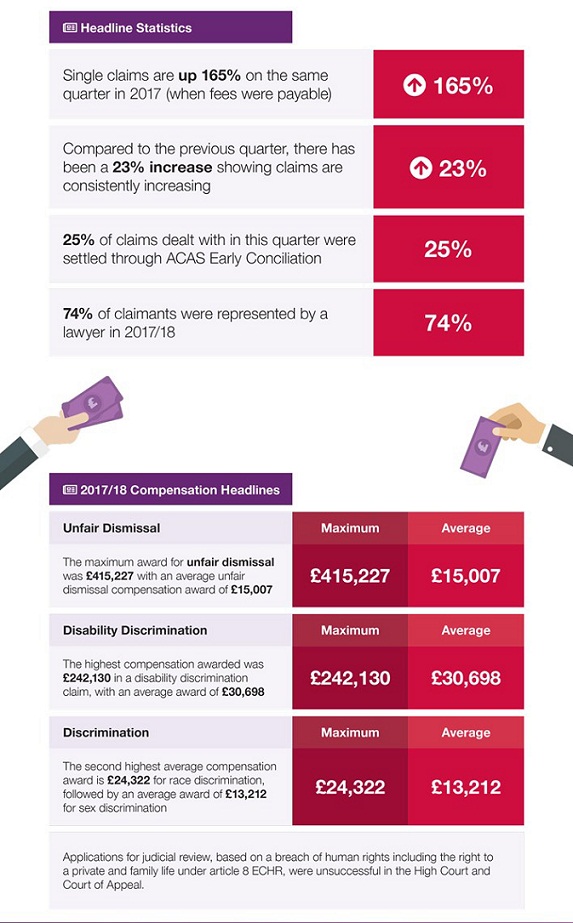 Talk to an expert

With no fees involved to make a claim, employees can make a claim at any time. You can call our specialist advisory helpline for answers to your HR queries on 0808 1454 436.