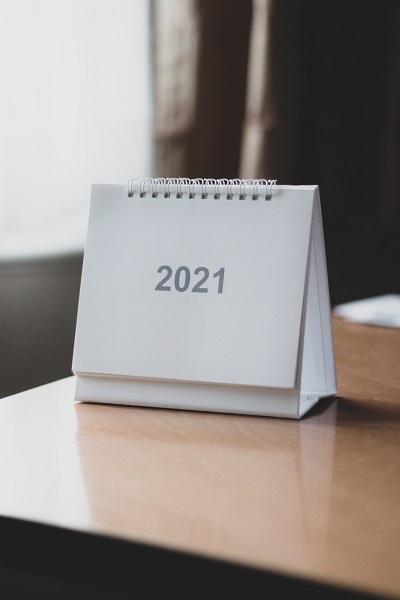 Employers are reminded of some of the statutory changes that came into effect from 1 April, along with some crucial details that should be kept in mind — especially when it comes to the minimum wage, contracting, and the furlough scheme.

The Chancellor, Rishi Sunak, announced on 25 November 2020 that the National Living Wage (NLW) will increase by 2.2% to £8.91 per hour from 1 April 2021. Going further, the Government has also decreased the age threshold from ages 25 and over to 23 and over.

By law, it is important that employers pay staff the correct national wage rates for their age groups or risk facing serious repercussions for failing to do so. The risks range from unlawful deductions from wages claims, fines from the Government, and/or being “named and shamed” as a “rogue” employer.

The IR35 rule was introduced in 2000 to equalise the tax position between employees and individuals who provide their services, usually using a company (often called a Personal Services Company — PSC). The IR35 legislation, which aims to ensure that contractors are paying the appropriate amount of tax, is also changing for some businesses in the private sector. Currently, most contractors are required to determine their own status as employee or contractor. From 6 April 2021 the liability to determine a contractor’s tax status will pass to clients/employers.

This change was due to be introduced in April 2020 but was delayed until April 2021 due to the Covid-19 crisis. It is expected that this change will lead to a significant number of “contractors” having to pay extra tax and National Insurance as it is estimated that only 10% correctly determine their tax status. The change is being introduced to move the responsibility from the contractor to medium and large-sector clients. Smaller clients will be exempt from this obligation and the contractor remains liable for determining their own tax status. A medium to large business is one that has two or more of the following:

Where a determination is made that a contractor is not caught by the IR35 rules it is essential that reasonable care is taken in the decision-making process as the decision itself must be reasonable. If care is not taken, status determination statements may not be valid and the client may be liable to pay any unpaid taxes.

In February 2021, the Government published new guidance which confirmed that companies will not have to pay penalties on any inaccuracies within the first 12 months of the new rules coming into effect, unless there is “clear evidence of deliberate non-compliance”. The aim of this is to help companies implement the new rules while also recognising the difficulties they may be under as a result of the coronavirus pandemic.

However, “deliberate defaulters” will be named and shamed to encourage them to get their “tax affairs in order”. For this reason, the Government has urged businesses not to cut corners when introducing these new rules.

Employers are liable for the payment of Statutory Sick Pay (SSP) to eligible employees. which increased to £96.35 from 6 April 2021.

Employers can choose to opt out of the SSP scheme, but only if they operate their own arrangement, such as continuation of wages or payment of company sick pay. However, this must never fall below the statutory rate of sick pay in any given year — it must be at or above the current SSP rate per year.

The weekly rates of the following statutory family leave pay increased by 77p per week on 4 April 2021:

The employment tribunal compensation rates also increased from 6 April 2021. As of this date, the maximum week’s pay for redundancy pay purposes is £544; however, statutory guarantee pay will be staying at £30.

This means that the maximum statutory redundancy pay, as well as unfair dismissal basic award pay, are both now £16,320. The unfair dismissal compensatory award, which is set to compensate the claimant for past and future loss attributed to the dismissal, is a maximum of 52 weeks’ pay — subject to a maximum of £89,493.

The maximum amount of additional award for unfair dismissal, set to compensate claimants when employers fail to adhere to a tribunal instruction to re-engage them, taking into account average weekly earnings, increased to £28,288.

The lower earnings limit in relation to eligibility for statutory payments is to remain at £120 per week so employers should not expect this to change on 6 April 2021. Anyone earning, on average, lower than this amount will not be entitled to receive SSP, Statutory Maternity Pay and other statutory family pay

As part of the Chancellor’s 2021 Spring Budget, it has now been confirmed that the Job Retention “furlough” Scheme will not be ending on 30 April 2021. It has been announced that the scheme will be extended once more to the end of September 2021.

In addition, from 1 May 2021 until the end of the scheme, employers will be able to furlough staff, for the first time, if they were employed by 2 March 2021. This will only be possible if they have made a PAYE Real Time Information submission for the employee, to HMRC, between 20 March 2020 and 2 March 2021. For the time being however, employees still need to have been employed by 30 October 2020 and meet the relevant RTI submission criterion.

It is crucial that employers understand each element of these changes so that they do not run the risk of falling foul of the law. Employers who are unclear of the laws surrounding these areas should seek further advice.