Caroline Raine considers electronic cigarettes (e-cigarettes) and the rules around when and where they can be used. 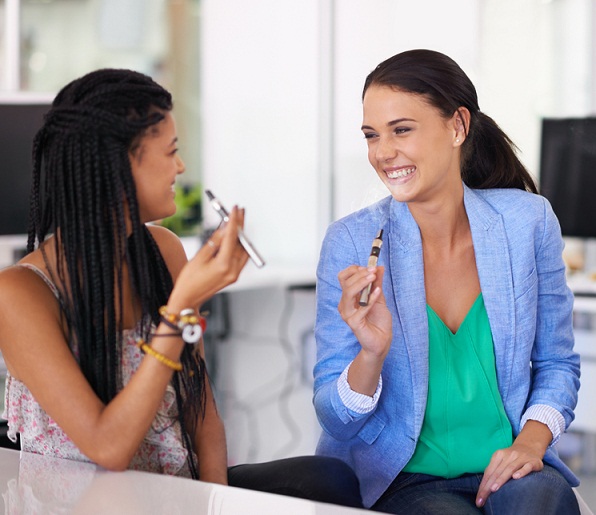 This new directive is implemented in the UK by The Tobacco and Related Products Regulations 2016 (as amended).

The changes include the following:

The laws surrounding when and where you can use e-cigarettes are not covered by smoke-free legislation — unlike traditional smoking, which is covered under the Health Act 2006. The Act prohibits smoking in enclosed public places and workplaces, on public transport and in vehicles used for work. This ban is based on conclusive scientific evidence of the direct health harm caused to bystanders through the inhalation of second-hand smoke. E-cigarette use, also known as vaping, does not burn tobacco and does not create smoke.

It is estimated that there are now 2.8 million e-cigarette users in the UK and as such there is a need for appropriate policies in public places and workplaces. In July 2016, Public Health England (PHE) published a new framework advice for businesses and employers to help them create their own policies on the use of e-cigarettes.

PHE advises companies to put in place policies that include e-cigarettes and reminds us that “it is deliberately non-prescriptive, because no one-size-fits-all answer exists to the issue of e-cigarette use in public places and workplaces. Instead, by setting out some key principles for an approach that fits with our current knowledge and protects against the unintended consequences of being either too permissive or too prohibitive, it can help organisations develop their own policies”.

As e-cigarettes fall outside the scope of smoke-free legislation because the act of smoking requires a substance to be burnt, employers can choose whether or not to allow employees to smoke them at work. PHE suggests a five-point guide to policymaking as follows.

More information is available from www.gov.uk.

Recent case law supports the need for a clear well-defined policy. In the case of Insley v Accent Catering ET/3200687/2014, a school catering assistant was suspended by her employer for using an e-cigarette on school premises. She resigned and claimed that she had been constructively dismissed. The employment tribunal did not uphold her claim, but indicated that if she had not resigned but been dismissed, the tribunal might have judged that dismissal to be unfair.

The court found that “employers cannot therefore rely on the legislation or their own policies that prohibit smoking to control the use of e-cigarettes in the workplace or to take disciplinary action for using e-cigarettes”.

Policies on e-cigarette use should be communicated clearly so that everybody using a public place or workplace is aware of the policy and understands where vaping is or is not allowed. This could include signs.

Under European Agreement concerning the International Carriage of Dangerous Goods by Road (ADR) there are a number of circumstances when the use of e-cigarettes is not permitted.

“In the event of an accident or emergency that may occur or arise during carriage, the members of the vehicle crew shall take the following actions where safe and practicable to do so:

“Avoid sources of ignition, in particular, do not smoke, use e-cigarettes or similar devices or switch on any electrical equipment.”

There is also a requirement in ADR Chapter 7.5.9 and Chapter 8.3.5 which states:

Chapter 8.5 of ADR highlights additional requirements relating to particular classes or substances and states that:

The carriage of limited and excepted quantities is not subject the prohibition of e-cigarettes. For small load exemptions (ie not fully regulated transport of dangerous goods) there is no requirement to carry IiW and so the prohibition of e-cigarettes is not mandatory, it is however mandatory during handling operations in the vicinity of and inside vehicles. Although it would seem prudent not to use them in the event of an accident or emergency.

It is entirely at the employer’s discretion on whether to permit or forbid the use of e-cigarettes unless the transport of dangerous goods is involved. Employers may choose to support employees who are using e-cigarettes to help them stop smoking, but must remember that e-cigarettes produce vapours that may annoy other employees. In addition, the long-term health effects of e-cigarettes are unknown. Some e-cigarettes look like real cigarettes and so employers or customers may think that real cigarettes are being smoked. It really must be down to the employer to set the rules and make sure they are clear to all, distinguishing what is acceptable on site, off site and in vehicles.

However, where the transport of dangerous goods is concerned, the use of e-cigarettes is not permitted in the event of an accident or emergency, or during handling operations in the vicinity of vehicles or containers and inside the vehicles or containers. There are additional restrictions when transporting Class 1 explosives.

Employers are strongly advised to specifically include e-cigarettes in their polices so that there is no misunderstanding.