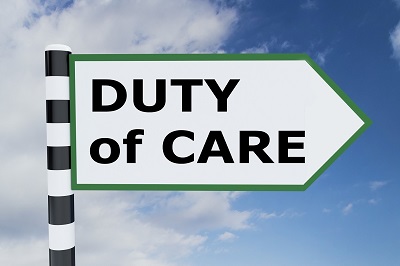 Section 3 of the Health and Safety at Work, etc Act 1974 (HSWA), in summary, states that it is the duty of employers to conduct their undertakings in such a way as to ensure, so far as is reasonably practicable, that persons not in their employment who may be affected thereby, are not exposed to risks to their health or safety.

Duty in a partnership

The application of the section to a partnership has recently been considered by the Court of Appeal in the case of R v Lear and Lear (2018).

L and L were husband and wife partners in a hotel business. A hotel guest fell to his death from a sash bedroom window. The sash window opening was 460mm from the floor and the top of the opening was 1110mm above the floor. The gap between the bed and the window was 290mm. Other windows at the hotel were similar.

The local authority prosecuted L and L under s.3 on the basis that the window created a risk of falling and if L and L had conducted a suitable risk assessment, they would have installed devices to restrict the opening of the windows and reduce the risk of falling.

L and L applied for permission to appeal against the judge’s conclusions at a preparatory hearing that there was a case to answer under s.3 and that L and L had been properly charged as individual partners because they were joint employers and therefore potentially jointly and severally liable for the actions of the business.

The application was refused. The Court of Appeal made the following points.

Previous cases on s.3 of HSWA

Other decided cases on the scope and application of s.3 include the following.

R v Upper Bay Ltd (2010): a boy aged seven went with his father and younger brother to an indoor swimming pool operated by Upper Bay. There were notices at the pool that children under eight must be accompanied by an adult. The boy was not wearing armbands and could not swim. He was seen under water and not moving by a member of the public at the deep end of the pool. He was given emergency treatment and suffered severe brain damage.

Upper Bay Ltd was convicted of an offence under s.3. It argued, unsuccessfully, that there was no case to answer because the incident had happened because of inadequate supervision by the father and had not been caused by “the conduct of the undertaking”. The company was fined £150,000.

It applied to the Court of Appeal for leave to appeal against the decision. That Court refused the application. It stated the following.

Another case was R (Hampstead Heath Winter Swimming Club and Another) v Corporation of London (2005), which was heard by the High Court.

Three ponds on Hampstead Heath had been used for swimming for many years. Changes to the opening hours of one of the ponds meant that it was not open for swimming early in the morning or during the winter months. A number of swimmers asked the Corporation of London to permit unsupervised swimming outside opening hours, on early winter mornings, for a controlled group of swimmers willing to absolve the Corporation from civil liability. The Corporation refused on the grounds that it might be prosecuted under s.3 because swimmers would be exposed to risks to their health and safety by the conduct of the Corporation’s undertaking. The swimmers applied for judicial review of this decision.

The application was allowed and judicial review of the decision granted. For the purposes of s.3, if an adult swimmer with knowledge of the risks of swimming chose to swim unsupervised, then the risks which they incurred were the result of that choice and not of the permission given to them to swim. The swimmers would also be exposed to risk as they drove or walked or ran to the pond and as they travelled from the pond to their work or homes. These risks did not result from the conduct of the Corporation’s undertaking. It was not liable to be prosecuted and convicted under s.3. Its decision had been based on an error of law. If an adult swimmer with knowledge of the risks of unsupervised swimming had a mishap, the local authority which owned the pool would not be liable. It was the swimmer’s choice rather than the authority’s permission to use the pool which was the ultimate cause of the risk.