Office of National Statistics (ONS) figures show that domestic abuse affected 2.3 million people in England and Wales in 2019 to 2020. However, domestic abuse of older people has until recently remained a hidden issue, often invisible to professionals and services. Christine Grey investigates. 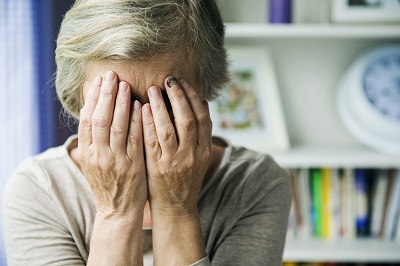 Many older people find it very difficult to speak out or know how they can get help. There have been failures in recording and monitoring domestic elder abuse in the first place, and policy and services have failed to recognise how domestic abuse affects people of all ages.

The Domestic Abuse Act 2021 should ensure that improvements are made to address such barriers but the question remains whether this is enough to help services become more age-responsive when faced with domestic abuse experienced at a later stage in life.

Why have older domestic abuse victims been invisible?

There has been no trace of older victims and survivors of domestic abuse in the main official data sets, which has hindered the reform of national policies to protect them.

Until 2017, the Crime Survey for England and Wales only recorded domestic abuse victims up to the age of 59. From April 2017, the upper age limit was increased to 74 years of age.

In addition, according to data recorded by Multi-Agency Risk Assessment Conferences (MARACs), the nationally adopted response to victims assessed as high-risk of serious harm and domestic homicide does not include people aged 65 years or over.

Age UK’s campaign, No Age Limit, has meant that ONS data will now be collected on all victims of domestic abuse whatever their age and will finally help to address the misrepresentation of older people.

Research by SafeLives aimed to understand other reasons why older people who experience domestic abuse are less visible to services and are less likely than any other age group to seek help from statutory or specialist services.

The Safer Later Lives report said that on average older victims’ experience abuse for twice as long as those aged under 61 before seeking help.

It found, of those who are visible to services, a quarter had lived with domestic abuse for over twenty years. Abuse escalated in frequency and severity with an increase in age, and the signs of escalation in older people are often missed by practitioners.

Victims over 60 years are significantly more likely to experience abuse from an intimate partner, at 40%, compared with 28% of those under 60, or an adult family member, at 44%, compared with 6% of under 60.

And victims living with a perpetrator experience abuse for twice as long as those living apart before accessing support.

Domestic abuse awareness campaigns often focus on younger victims and perpetrators, so many older people simply don’t identify themselves as victims or survivors, or as being eligible for or deserving of support from services.

A study in The Journal of Adult Protection suggested that the way older people experience domestic abuse is very different from younger age groups. Older participants spoke of ingrained feelings that home life was “behind closed doors” and private, and that marriage was “‘till death do us part”. They were more likely to feel shame, embarrassment and self-blame and keep their experiences “hidden” from family and friends. For some minority groups, there were additional pressures of cultural or religious expectation.

Risk factors specific to older people include the development of health needs, reduced mobility, increased stress associated with caring roles and increased social or geographical isolation. In addition, nearly half of older domestic abuse victims have a disability.

A key barrier to seeking support is dependency. SafeLives research suggests that the potential for violence within a carer’s relationship increases when the carer is an intimate partner or family member. The impact of domestic abuse can be particularly harmful for those who rely on a partner to give care and/or financial support, or who can’t see a way out when a partner is reliant on them for care.

After accessing support, older people are more likely to still be living with the abuser, making leaving home or a community extremely challenging.

Shielding during the Covid-19 pandemic meant many older people with health conditions became even more dependent on partners or family for basic needs, and a lack of confidence with technology may have closed down any remaining avenues to support at this time.

However, despite the personal barriers that older people face, research from Dewis Choice found that their ability to seek help was mainly hindered by inadequate service responses and provision. The charity said the invisibility of older victims has led to a woeful lack of domestic abuse service provision specific to their needs.

Can legislation improve the support for older people?

There was an expectation that the Care Act 2014 would improve the identification, reporting and response to older victims of domestic abuse, and work began to raise awareness around this group’s needs.

The Serious Crime Act 2015 brought in the new offence of controlling or coercive behaviour in an intimate or family relationship but this behaviour was not caught in situations where it is hidden, such as with financial abuse or when a victim isn’t able to fully recognise the behaviour as “alarming” or distressing.

The Domestic Abuse Act extends the offence of coercive and controlling behaviour to encompass the “hidden” areas of emotional, coercive or controlling or economic abuse, so the broader definition has significance in terms of the often invisible financial abuse of older people.

This Act also broadens the definition of domestic abuse to no longer make it a requirement for abusers and victims to still be in a relationship or to still live together and is gender neutral. Instead, it states both victim and perpetrator must be “personally connected”. This ensures relationships such as ex-partners and family members are captured and has specific implications for older people who experience domestic abuse from family such as siblings, adult children and grandchildren. It does not extend to paid and unpaid carers unless they are also “personally connected”.

Although additional legislative powers are now in place, practice still needs to be applied consistently and become more responsive to the needs of older people. Appropriate sharing of information and expertise across safeguarding partnerships, together with person-centred approaches, should help this to evolve.

This needs to be accompanied by funding to meet the needs of older people and informal carers, and to improve the system’s ability to respond and support older people appropriately when they experience crisis.