The coronavirus pandemic has seen millions of employees asked to work from home but, for some, home is not a safe place, with dramatic increases in instances of domestic abuse being reported during lockdowns. Vicky Powell highlights what employers need to do to support home-based and other workers facing this difficult and complex issue. 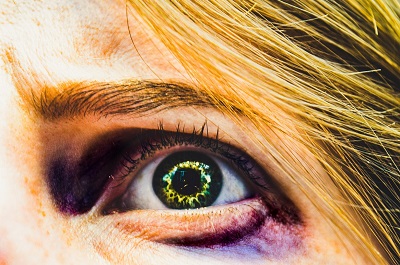 How widespread is domestic abuse?

Dr Justin Varney, the Government’s advisor on health and work at Public Health England, has highlighted a number of shocking statistics in a guest blog post written for the UK’s Society of Occupational Medicine (SOM).

Domestic abuse is a workplace health issue, not least because it costs businesses in the UK £1.9 billion each year, but also because statistics have shown that some 75% of those enduring domestic abuse may end up being targeted by the abuser at work, in one manner or another.

Recently, the Chartered Institute of Personnel and Development (CIPD) and the Equality and Human Rights Commission (EHRC) published new guidance to help organisations support employees experiencing domestic abuse, after their research showed that fewer than a quarter of employees are aware of their employer's policy or support available for domestic abuse.

2020 and the coronavirus pandemic has seen millions of employees asked to work from home if they possibly can, in the interests of protecting themselves, the NHS and the nation itself. This trend may well have changed the world of work forever, and it is possible that some homeworkers may never return to the workplace from 9–5 again but remain remotely based.

But unfortunately, for some staff, home is far from the safe place it should be and the pandemic's surge in people working from home has coincided with a major increase in calls from individuals to domestic abuse helplines during the lockdowns.

With more employees working from home and potentially facing restrictions on their interactions with others as a result of the coronavirus pandemic, escape routes or time apart from an abuser may be dramatically curtailed.

The workplace has typically been one of the few places that a person enduring violence can be separate from their abuser (although it does happen that both partners work for the same company and there have been some tragic cases of domestic homicide in workplaces where this was the case).

However, it should be noted that even before the pandemic, it was a serious error to view domestic abuse as something entirely in the home domain and isolated from the workplace.

Indeed, research from EHRC has found that 75% of women enduring domestic violence are targeted at work. This abuse can range from harassing phone calls to abusive partners arriving at the office unannounced, to physical assaults, for example.

Other research by the TUC has highlighted that of those who had experienced domestic violence, over 40% were prevented from getting to work by the abuser, most commonly through physical violence or restraint (72%) followed by threats (68%).

Around 13% reported the violence or abuse continuing in the workplace, and over 43% of these women reported a partner turning up at their workplace or stalking them while at work.

Dr Varney says, “The impacts on a person enduring violence and abuse can be significant and are more than just physical injuries. The psychological impacts are profound and, although the vast majority of victims will be striving to keep up performance at work, there will be an impact. The estimated cost to businesses of this impact in the UK is circa £1.9 billion each year”.

This massive figure of £1.9 billion is down to factors such as decreased productivity, time off work, lost wages and sick pay, all of which significantly affect British workplaces.

The latest guidance from the EHRC and CIPD notes that employers are not asked to “solve” the problem of domestic abuse, which can be difficult and complex, but to enable their employees to access professional support.

Therefore, the new guidance on the CIPD website sets out a framework of what employer support could look like. This is based on the following.

Another source of guidance is available from the charity Business in the Community which recently partnered with Public Health England, with sponsorship from the Insurance Charities, to produce a toolkit at Squarespace to help organisations tackle domestic abuse and so better support the mental and physical health and wellbeing of employees.

The CIPD and EHRC are also backing the United Nations Women's call for more employers to offer 10 days of paid leave to anyone experiencing domestic abuse, which could go a long way to supporting an individual if they are struggling to do their work or need to access essential services.

Points to note in developing a domestic abuse policy

According to the CIPD and EHRC, key general points for a domestic abuse workplace policy include the following.

Domestic abuse can be surprisingly difficult to spot in the workplace for a number of reasons as follows.

It has been estimated that only 5% of organisations have a specific policy or guidelines on the issue and occupational health experts would like this to change.

Employers have a duty of care for the health, safety and wellbeing of their staff and this also applies to employees who are working remotely from home.

Employers should provide access to organisations which can help employees affected by the issue. For example, offer signposting to a resource such as the Bright Sky app which supports anyone in an abusive relationship or others who are concerned about someone. A full list of supportive organisations can be accessed in the Resources section of the Business in the Community toolkit, including the Freephone 24 Hour National Domestic Violence Helpline (run in partnership between Women's Aid and Refuge on Freephone: 0808 2000 247) and ManKind which provides advice and support for men experiencing domestic abuse. Useful organisations are also provided in the CIPD guidance.

Outcomes can be hugely positive when organisations are well prepared to support workers affected by domestic abuse.

One case study shared by Business in the Community highlights the situation of Julie, a receptionist at a large national accountancy firm. (Names have been changed to protect the identities of those involved.)

Julie’s line manager began to suspect domestic abuse after noticing the receptionist always wore trousers or thick tights and long sleeve tops, even in the height of summer. Sometimes Julie would have bruises that she couldn’t hide, even using heavy make-up. She also seemed a bit remote, tense and lacking in concentration.

During a catch up meeting with her manager, during which her manager asked if everything was okay and mentioned some of her concerns, Julie broke down disclosed that her partner was often abusive to her.

Julie and her partner had a four-year-old son, Thomas, and she was concerned that she wouldn’t be able to cope with trying to organise childcare on her own if she left her partner. Julie said her partner doted on their son and had never abused her in front of him but she had very little family support and no friends.

Julie’s manager spent time with her and discussed how the organisation could support her. She gave her numbers that she could use for assistance, as well as providing information about local specialist domestic abuse services.

Julie hadn’t realised when she disclosed the abuse that she was pregnant. Subsequently, the abuse became worse and her partner’s physical attacks on her became more frequent. Julie decided to leave the relationship; she told her manager she believed her partner was capable of killing her and that she was afraid for her unborn child.

The support her employer provided included:

With Julie’s permission, her employer let all the people that answered the phones know about her circumstances, and gave them a fixed procedure to follow should her ex-partner try to locate her. Julie’s ex-boyfriend did come looking for her but, due to the precautions the company had put in place, he thought she had left the company and was unable to track her down.

Julie had been in touch with her local Women’s Aid and, along with her employer, they helped her to arrange her childcare.

Julie says, “My employer did everything it could to help me and protect my identity if my ex-boyfriend ever came looking for me at work. I feel safer at work now that I know my ex-partner can’t easily find me. I am worried that he will come looking for me and my child, but I know my company will continue to support me if this situation arises”.

The financial cost of failing to intervene in cases of domestic abuse involving workers is high but the human costs are perhaps immeasurable, associated with physical harm and damage to employees’ mental and emotional health, as well as risks to workers’ actual lives.

Domestic abuse is a crime and should never be viewed as a “private matter”, off limits and not to be raised with staff. Responsible employers will help to end the culture of silence around the problem by talking about the issue in their organisations.

Employers are in an ideal position to create a safe and supportive workplace culture through a combination of awareness raising, effective policies and guidance for managers and workers, as well as signposting sources of support.

By articulating and communicating a zero-tolerance policy on domestic abuse, employers and managers can encourage and support people to get the help they need.

There are many very useful organisations that offer free, confidential support and practical guidance to victims of domestic abuse. These can be found above in this feature and online. However, in an emergency situation, where there is risk of immediate danger, the police/emergency services should be the first port of call.

Many forms of domestic abuse are regarded as criminal offences, such as assault, harassment, sexual abuse and threatening behaviour. A significant number of police forces have specialist Domestic Violence Units to provide advice, support and information to victims. The police have powers to intervene, investigate and arrest the abuser if they have grounds to do so. The police and the Crown Prosecution Service (CPS) are then responsible for investigating the matter and charging the abuser if there is sufficient evidence and prospects of conviction.

The cost of an injunction application is free of charge. An applicant can apply themselves as a “litigant in person” or can instruct a solicitor to do so. There are usually costs associated if a barrister or solicitor is required to represent, though legal aid may be available for victims of domestic abuse who cannot afford to pay legal costs.

In Scotland, the Domestic Abuse Act 2018 came into force on 1 April 2019, making all domestic abuse towards a partner, psychological or physical, a criminal offence. As such, “coercive control”, which is a type of emotional and psychological abuse, causing a victim to feel threatened, humiliated, intimidated and controlled, is now a criminal offence under the Act. Similarly, the Act came into force in Ireland in May 2018, creating positive changes for victims of domestic violence in Ireland.

For advice or support on a domestic abuse or wellbeing issue, contact Health Assured.