With the new Premier League season having just begun, there may be some confusion regarding what function, if any, HR plays in the management of clubs. In truth, there are a number of areas that overlap into more traditional forms of HR that this article will consider. 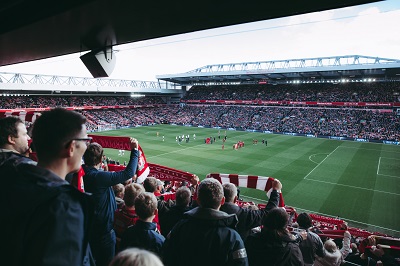 Legally, the employment status of players and managers would seem to represent that of an employee. This is because the key elements of employment exist within the employment relationship. They need to provide a personal service, there is a mutuality of obligation between them and the club and they are subject to its control. Indeed, the 1910 case of Walker v CPFC confirmed that a footballer was an employee of a club and not an independent contractor as the club had control over him in the form of training, discipline and methods of pay.

Generally, players and managers are contracted in the same way that fixed-term employees are in normal companies; the employment exists for a certain period of time and automatically expires following this unless the club wishes to employ them for longer. However, additional clauses may also be included, such as an early release clause, provisions for any player bonuses and further content imposed by specific FA rules. As with usual employment relationships, going against the terms of a contract can result in constructive dismissal claims. This was seen in the case of Gibbs v Leeds United Football Club, where an assistant manager was instructed to start training youth players and considered this a demotion, and Kevin Keegan v Newcastle United, where control of transferring players was removed from a manager and given to the club’s director of football without his consent.

The impact of NDAs in football

Upon engagement, confidentiality agreements or non-disclosure agreements (NDAs) are commonly used to protect the commercial interests of the club. While NDAs are utilised in a number of industries, they are a particularly useful method in football of preventing players and managers “jumping ship” to go straight away to a rival club. Using an NDA in this situation cannot prevent the move entirely, but it can delay it for a period in order to avoid compromising training arrangements and tactics. This was demonstrated in Bruce v Crystal Palace FC, where a club was successfully granted an injunction to prevent a former manager taking a similar position with a rival before a certain period of time had passed, by enforcing a garden leave clause.

Managing the employment of players and managers

Never is the “balance of power” more skewed in favour of employees than that of a football club, its players and its managers. With high-profile players likely bringing expectations for the payment of substantial amounts of money, clubs have less of a final say in their salaries than other employers. They will also have to determine how to respond to an employee who refuses to comply with club rules or refuses to play; disciplining a player they have paid a huge amount of money for will likely present further issues for them. Above all, clubs will need to make sure that footballers are not holding the club to ransom.

To this end, how clubs discipline players and managers can differ from a normal employment relationship. For one thing, players can be punished by docking their wages, an act that should not be taken as a penalty in other sectors. As with a normal employment relationship, unacceptable workplace conduct and consequences associated with this needs to be clearly outlined in contracts and policies, but appropriately managing this form of behaviour presents different problems in football. In Macari v Celtic Football Club, a manager was found not to have obeyed a reasonable management instruction by refusing to live closer to the club. In contrast, a player in Barea v Neuchatel Xamax was able to successfully argue constructive dismissal when he refused to follow management instructions during a game and was branded a “traitor”.

Managing employee conduct outside of work

Generally, employers in normal companies can face issues when trying to control the behaviour of their employees outside of the working environment. For example, they may be unsure how to proceed when faced with postings on social media that could be detrimental to the reputation of their company. This is ramped up to the extreme in football, with misconduct by players and managers potentially having a significant effect on the club, its brand and commercial sales associated with either. Clubs need to be aware of this to proactively, and reactively manage any misconduct internally to ensure any negative impact is limited. A high-profile example of this was well-known football manager, Sam Allardyce, being dismissed as England manager following “bribery” conversations being posted in newspapers.

Paying other members of staff

Alongside their players and managers, football clubs will also have both full and part-time staff across their business and need to be familiar with employment law in these areas, such as providing the National Minimum Wage. This is especially important as failing to provide basic employment rights in a club, while providing players with substantial salaries, can be highly damaging to its reputation. Indeed, some clubs have been “named and shamed” for failing to provide the minimum wage, including Motherwell, Falkirk and Bristol City. On the flip side of this, other clubs, including Chelsea, Everton and Liverpool, have become Living Wage employers.

Interestingly, football referees have recently the right to be considered self-employed, something that has entitled them to a lower tax rate. This was because the relationship between them and the Professional Game Match Officials Limited (PGMOL), the body responsible for football referees, lacked mutuality of obligation and control.

Football clubs have also not escaped the movement towards equality, especially pay equality. While the winners of the 2019 Women’s World Cup, the USA, have recently taken legal action as part of their calls to be paid equally to male players, equal pay should apply across the employees of a club. Although it might be easier to justify unequal pay in relation to players if the club can demonstrate a “material factor”, such as external market forces, this will be much more difficult to justify for other employees.

Ultimately, a club is a business and its players and managers remain a part of its workforce; they get paid by the club to work for it. Although the management of football clubs can be unique in some areas, HR plays a role in football that cannot be overlooked.