Diabetes Week in the UK starts on 14 June 2021. Vicky Powell examines diabetes in the context of the workplace, considering how managers can best support the health of workers with diabetes and the relevant work and safety related issues. 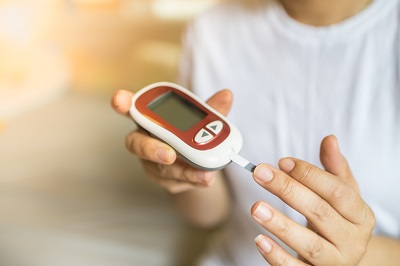 Diabetes is a chronic condition where the body is unable to regulate its glucose levels as a result of the pancreas failing to produce insulin, or not enough insulin to help glucose enter the body’s cells. Alternatively, the insulin that is produced does not work properly (known as insulin resistance (IR)). These are the two main types of diabetes.

Genetics certainly increase the chances of getting both type 1 and type 2 diabetes, but it is accepted that certain factors, particularly overeating and a sedentary lifestyle increase the risk of type 2 diabetes. Other factors include age, being overweight or obese, body fat distribution, family history and ethnicity.

Why is diabetes increasing?

The World Health Organization (WHO) warns that the prevalence of diabetes is growing around the world and that diabetes will be the 7th leading cause of death by 2030.

According to the charity Diabetes UK, 1 in 15 people in the UK have diabetes and around 700 people are diagnosed with the condition every day, equating to 1 person every 2 minutes. This means that many people work alongside someone with diabetes and even more are at risk of developing type 2 diabetes in the future.

The Institution of Occupational Safety and Health (IOSH) points out that diabetes is a very common, manageable, lifelong health condition that does not hinder people’s ability to do their job. The law requires that people with diabetes be assessed on their individual ability to do a job and not to be discriminated against simply because they have the condition.

Supporting the health of workers with diabetes

One key consideration in relation to worker’s health and diabetes is shift work. According to Diabetes UK, people with diabetes used to be discouraged from doing shift work but improvements in blood glucose testing and more flexible insulin regimes mean that diabetes is less likely to be problematic.

The Health and Safety Executive (HSE) has published a case study on a 55-year-old bakery worker whose job as a production operative involved rotational night shifts. Statutory health surveillance includes a health check for night workers and during this process, the employee was diagnosed with type 2 diabetes.

After three months, the employee was stabilised by diet and oral medication. The man’s GP stated he would be able to enjoy a normal life, including a normal working life that involved physical work with rotational day and night shifts.

It is estimated that around half a million people in the UK have diabetes but are unaware that they have it, as in the case of the bakery worker featured in the HSE case study. Given that many of us may also be at risk of developing type 2 diabetes in the future, Diabetes UK says, that holding a diabetes awareness day could make a big difference to the health and wellbeing of staff (see Diabetes UK website for information in this regard).

A source at Diabetes UK said, “Type 2 diabetes isn’t inevitable. Up to 80% of cases of Type 2 diabetes can be delayed or prevented. So it’s important that everyone understands their risk, so they can reduce their chances of ever developing the condition.”