With daylight saving time coming to an end at 2am on Sunday 31 October 2021, and starting again at 1am on Sunday 27 March 2022, employers should decide what this means for staff who are working when the clocks change. Stacie Cheadle, employment law writer at Croner-i, outlines the points to consider. 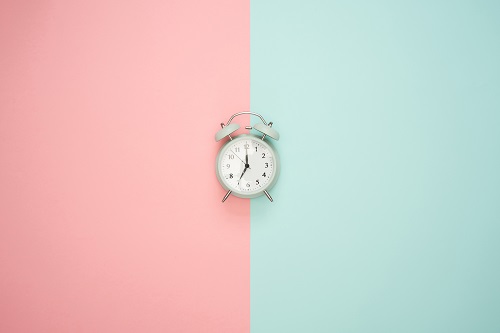 Although many people will be tucked up in bed at 2am, the employees most affected will be those who are partway through a shift in companies that remain open at night. The result of the clock change is that employees may be required to work an extra hour; what was an eight-hour shift will now actually be nine hours in order to accommodate the change. In this situation, the first port of call is to check employee contracts to see how their working hours are specifically outlined. At its simplest form, a contract which states the employees’ shift starts at 12am and finishes at 8am will require the employee to work a shift of nine hours. On the flip side, a contract which says the shift lasts for eight hours starting from 12am will allow the employee to leave at 7am, as they will have technically worked the eight hours by this time. In this situation, the employer may consider agreeing with their employee that they will work the extra hour and leave at their normal time, with their salary being amended to reflect this.

There are also the legal working limits to consider. Under the Working Time Regulations 1998, adult workers must not work for more than 48 hours per week on average over a 17-week period, unless they have signed an opt-out form. The extra hour also has the potential to affect the working time rights of night shift workers. All night workers must not work, on average, more than eight hours in any 24-hour period and all workers are entitled to a 20-minute rest break when working more than six hours a day. The added-on hour may therefore serve to take average hours worked over these limits, potentially leading to employers breaching the regulations without intending to. It is therefore important to consider how this extra hour will be treated. Employers are free to decide how they will do this, subject to any contractual entitlements, but they should always act consistently and fairly. One option is to adjust start and finish times for that night only, or across a number of nights to adjust the average hours worked.

An option to deal with contractual issues is to consider allowing employees to go home an hour later when the clocks go forward in the spring, essentially cancelling out the extra hour worked now in the autumn. Should employers choose to take this option, they will need to make a record of it.

This situation only occurs twice a year and, provided employers take steps to prepare for it, it shouldn’t cause too much of an issue. Whatever decision is made on this, it should be applied consistently to all affected staff. Companies must also be mindful of the potential issues that can arise as a result of this time change and how it can impact upon the management of employees overall. To this end, it is usually advisable to warn employees of the impending change and how they should make sure that their clocks, and alarms, are amended accordingly. This is particularly important if the employee is due in work following the change on a Sunday morning.