Despite being one of the most ubiquitous hazards facing workers across Europe today as the use of chemicals grows across many sectors, misconceptions around hazardous substances abound. Vicky Powell considers the current realities of dangerous substances in workplaces, and the forthcoming campaign by the European Agency for Safety and Health at Work (EU-OSHA) aimed at tackling these challenges. 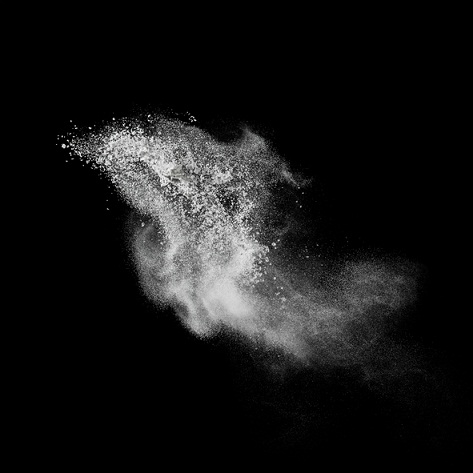 Dangerous substances in workplaces are more common than most people think.

According to the EU-OSHA, a dangerous substance is any substance — whether a gas, liquid or solid — that poses a risk to workers. Therefore this could include:

Dangerous substances can cause:

Sectors facing a particularly high prevalence of dangerous substances include the construction, manufacturing and agriculture industries.

In addition, EU-OSHA says there is emerging evidence that workers in growth sectors such as social and healthcare, transport, waste and recycling may experience high levels of exposure to dangerous substances.

In fact, it is fair to say that no sector is completely free of dangerous substances; in every industry there are typical working tasks that often involve exposure to dangerous substances, including food preparation in canteens or catering, cleaning or maintenance.

Furthermore, new challenges for the management of dangerous substances in the workplace are emerging, for example in the area of green jobs — bioenergy production, perhaps — and also in the use of innovative materials such as nanomaterials.

However, many dangerous substances that workers are exposed to, such as diesel engine exhaust emissions, welding fumes and dusts, are generated by work processes. Others, such as asbestos, crude oil and grain dust come from natural sources. Equally, some food constituents or pharmaceutical products may also present risks to workers. These dangerous substances may not be labelled with hazard symbols, and information from safety data sheets (SDSs) required by chemicals legislation may not be available.

Another widely held but incorrect belief is that the use of dangerous substances has decreased. It is true that many well-known harmful exposures, eg to asbestos and mercury, have been significantly reduced owing to political initiatives, legislation and public pressure.

However, in many sectors, the use of chemicals has grown as chemical-based technologies have replaced traditional ways of working, and there are examples of this in the pesticides, plastics and insulation industries.

The misconceptions about the nature and prevalence of work-related exposures to dangerous substances can lead employers and workers to believe, incorrectly, that tackling harmful exposures is not relevant to their enterprises.

In order to tackle these challenges, EU-OSHA will shortly launch a new two-year Healthy Workplaces campaign focused on dangerous substances.

Introducing the new campaign, Christa Sedlatschek, EU-OSHA’s Director, said, “Dangerous substances affect millions of workers across Europe, but the extent of this exposure and the associated risks are often underestimated or ignored. Many are unaware that not only chemicals pose risks, but that lots of other commonly used substances across all sectors can be hazardous if their use is not managed effectively.”

She added, “To prevent the associated harms, it is crucial that we challenge misconceptions and raise awareness of the risks posed by dangerous substances in the workplace. We must promote a culture of risk prevention so that dangerous substances can be eliminated or the risks effectively managed. These are among the aims of EU-OSHA’s ‘Healthy Workplaces Manage Dangerous Substances’ campaign, which will launch in April 2018 and run until end November 2019, involving governments, employee representatives and businesses across Europe.”

The European campaign is being supported by the Health and Safety Executive (HSE) in the UK.

A spokesperson for the HSE said, “HSE as the UK Focal Point supports and promotes the EU-OSHA Healthy Workplaces Campaigns. We will be supporting the forthcoming campaign for 2018/2019 – ‘Healthy Workplaces Manage Dangerous Substances’ — including the Good Practice Awards, which recognise innovative safety and health practices in the workplace, where organisations demonstrate successful and sustainable initiatives to manage dangerous substances in the workplace. This is held at national level with nominated national entries going forward to take part in the pan-European competition, which will select the overall winners.”

According to EU-OSHA, there are three steps which are key to managing dangerous substances, and risk assessment is central to this process as follows.

EU-OSHA has also pointed out that the STOP principle is an important one in respect of dangerous substances. It is the responsibility of the employer to set effective preventive and protective measures. In this regard, complete elimination of dangerous substances and processes, ie by designing new work processes, is always best. However, if elimination is not possible, risks must be managed based on a hierarchy of prevention measures — the STOP principle — as follows.

EU-OSHA has noted that carcinogens cause the majority of fatal occupational diseases in the EU.

In the UK, significant strides are currently being made by professional bodies such as the British Occupational Hygiene Society (BOHS) and the Institution of Occupational Safety and Health (IOSH) in raising awareness around the prevention of work-related cancers and other occupational health risks posed by dangerous substances.

In November 2014, IOSH launched its No Time to Lose campaign, with initial emphasis on raising global awareness of workplace exposure to three cancer-causing agents: diesel engine exhaust emissions, solar radiation and silica dust. Later in 2018, the focus will turn to asbestos.

Shelley Frost, Director of Strategic Development at IOSH, said, “The latest research shows that 742,000 people die each year from work-related cancer worldwide — nearly double the toll from workplace accidents. That is truly shocking.

“The best way to drive down this number is by working together. Through our campaign, we are encouraging organisations to take positive action and put in place control measures to ensure employees are not being exposed to harmful dusts, fumes or other agents. We are very encouraged by the number of organisations which have responded to our call and we urge others to consider what they can do.”

She added, “We’re pleased that EU-OSHA’s forthcoming campaign is devoted to raising awareness of dangerous substances, with carcinogens at the heart of it, and promoting a prevention culture in workplaces across Europe. Through initiatives like this, we can spread the message widely and help tackle ill health at work.”

On 28 April 2015, Workers' Memorial Day, BOHS, the Chartered Society for Worker Health Protection, successfully launched its Breathe Freely campaign aimed at controlling exposures to prevent occupational lung disease in the construction industry. A second Breathe Freely initiative, aimed at the manufacturing sector, was launched in May 2017, to run in tandem with the Society’s existing construction-based initiative. With the aim of maximising improvements in respiratory health protection at work, the initial focus of the campaign is on the key area of welding activities in manufacturing.

Recently, the Society also launched its new Faculty of Asbestos Assessment and Management (FAAM) to develop and maintain standards of competence in asbestos assessment and management practice.

Commenting on the new EU-OSHA campaign, Simon Festing, BOHS’s new CEO, said, “Too many health risks associated with dangerous substances are not fully recognised and occupational hygienists want to change this. Welding fumes, diesel exhaust emissions and dust are not labelled with hazard symbols, but they are most definitely dangerous substances which pose highly significant health risks to workers. BOHS’s Breathe Freely campaign, like EU-OSHA’s new campaign, is aimed at encouraging better awareness of and real action on these key issues and we at BOHS welcome the Agency’s drive towards creating a culture of risk prevention and better management of dangerous substances in European workplaces.”

The need for better awareness around dangerous substances and the harm that these hazards can cause is clear. However, ultimately, it is likely that controlling exposures to hazardous substances will require the efforts of all stakeholders involved and multi-agency efforts.

In the current political and legal climate created by Brexit, it should be recognised that EU-OSHA’s new campaign is solid in its aims and deserves full support in the UK, with all kinds of options for organisations to get involved — from simply disseminating campaign materials within the company to sharing best practice with other employers for example. Certainly, organisations which take the campaign messages on board stand only to gain from their efforts.