Critical minerals are vital to modern day living and crucial for an emerging low carbon economy. All businesses rely on these minerals to some extent. Yet, rising global demand, combined with geopolitical tensions, is leading to concerns over security of supply in the UK and elsewhere. John Barwise looks at the issues and considers what businesses can do to avoid shortages. 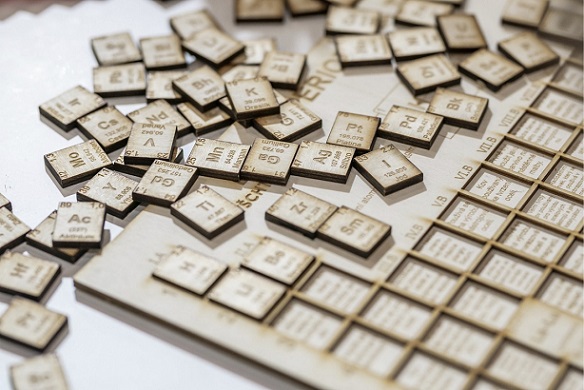 Critical minerals are essential components in almost all aspects of business life — from the office to the shop floor to transport logistics. Everything from mobile phones and computers to electronic meters, batteries and catalytic converters contain at least some of these materials. All renewable technologies including energy saving lighting, solar panels, turbines and heat pumps depend on them to function properly.

As the world moves slowly but inexorably towards a low carbon economy, the demand for critical minerals that will drive this transition, continues to grow. Yet, supplies are often unreliable, raising concerns over supply for countries like the UK, which has very few indigenous reserves and is almost totally reliant on imports.

Critical minerals are metals and non-metals that are considered essential to the economic development, but whose supply may be disrupted because of geological or geopolitical factors, including trade barriers.

These also include the rare earth elements (REEs), a group of 17 elements grouped together in the periodic table, including lithium, indium, yttrium, neodymium (Nd), tellurium, gallium, and platinum group elements. These elements are often found in abundance among other elements, but rarely in concentrated deposits.

Some critical elements are recovered as by-products from the production of other mineral commodities — Russian steel manufacturing plants, for example, produce crude neon as a by-product, which is purified in Ukraine, and used globally to make semiconductors.

REEs are also used as catalysts and magnets in traditional and low-carbon technologies, as well as in high-performance electronics, including mobile batteries etc. They are also used in the production of metal alloys, ceramics and glass. China is the world’s dominant producer of REEs followed by Vietnam, Brazil and Russia.

At the time of writing, Russia has just launched an invasion of Ukraine. Sanctions on Russian banks and energy suppliers, imposed by western countries, have so far failed to deter President Putin from trying to take over the country. More sanctions have been announced, but Russia can also apply its own sanctions. Energy and wheat prices have already rocketed and a trade war in critical minerals is a strong possibility.

Russia is one of the world’s biggest producers of critical minerals. It is a leading producer of copper, nickel and platinum, and currently supplies 35% of palladium used in the US. Ukraine, which is now under siege, supplies 90% of the US's semiconductor-grade neon gas, which is critical for the lasers used in chipmaking.

The White House has already warned the microchip industry to diversify its supply chain in case Russia retaliates with further sanctions. Speaking to Reuters news agency, a Japanese chip industry source said: "The availability of those materials is already tight, so any further pressure on supplies could push up prices. That in turn could knock on to higher chip prices."

We have been here before. China is the world’s largest producer of most critical minerals and holds an estimated 30%–50% of the world’s rare earth reserves. In 2010, an altercation between China and Japan over a fishing dispute resulted in 40% cuts in Chinese export quotas of rare earth elements.

In response, the global price for these elements quadrupled, forcing many western countries to start stockpiling essential minerals and to explore new mining options elsewhere. As a result, China’s market share of critical minerals, including rare earth elements, has fallen from around 95% to around 58% in recent years, but it is still the world’s main producer for most critical minerals.

Even a rebalancing of the global production and distribution of critical minerals may not be enough to secure stable supplies. According to a report by the International Energy Agency (IEA), the energy sector’s overall demand for critical minerals such as lithium, nickel, cobalt and rare earth elements, could increase sixfold by 2040, if global commitments to net zero by 2050 are to be achieved.

A recent report from the Office of Science and Technology says the UK is highly dependent on imported critical minerals across many industry sectors, but unlike other western economies, has yet to produce a critical minerals strategy.

An Expert Committee on Critical Minerals has been set up to provide independent advice to the Government on the scope and content of a critical minerals strategy, supported by a Critical Minerals Intelligence Centre to provide analysis on stocks and flows, and guide government decision-making on investment options.

Much of the research behind the minerals strategy will be undertaken by CrEAM Network, funded by EPSRC, which brings together specialists from across the UK critical materials supply chain to develop strategies to mitigate supply risks of crucial elements and materials.

The Critical Minerals Strategy itself is expected to be published later this year and will set out steps to ensure the UK’s long-term security of supply for critical minerals, including working with other countries to ensure supply chains are robust.

The World Bank estimates there will be a 965% increase in lithium demand worldwide by 2050, due to increased use in lithium-ion batteries used to power Electric Vehicles (EVs), laptops and mobile phones.

Recent discoveries of commercial grade lithium in Cornwall could be a major boost to the UK’s low carbon economy. In an area once dominated by copper and tin mines, rock samples of local granite have revealed lithium concentrations to be high enough for commercial extraction.

Cornish Lithium Ltd has conducted successful test drilling at disused china clay mines near St Austell, with scope to expand into other areas. Commercial production could start as early as 2024, with the aim of extracting at least 10,000 tons a year.

British Lithium has also successfully extracted lithium carbonate from mica deposits at its pilot plant in Roche, in North Cornwall. The company also plans to build a processing plant near its mining sites to “build a value chain” for electric vehicle battery production in Cornwall.

Together, the two mining companies look set to pave the way for Cornwall to become a hub for mining and refining lithium that in the medium to long term could help secure a UK base to support an emerging market, especially in electric vehicles (EV) production.

The switch to green technology, including EV, solar panels and low-carbon heating, means the demand for REEs and other critical raw materials will continue to increase. Yet less than 3% of REEs are recycled worldwide.

A report published by Material Focus last year revealed that the UK produces among the highest quantity of waste electrical and electronic equipment (WEEE) per capita in the world and it is one of the country’s fastest growing waste streams.

According to the report, up to 300,000 tonnes of WEEE is discarded each year from UK households and businesses, including items such as laptops, tablets, mobile phones, monitors and lighting, which contain significant quantities of valuable materials, including gold, silver, palladium, platinum, tin, tantalum, vanadium and yttrium.

The discarded WEEE products contain around 379,000 kg of critical and precious raw materials thought to be worth £148 million, yet less than 1% of elements are recycled in the UK because of inadequate recycling technology. Most WEEE is instead exporting overseas to better-equipped countries such as New Zealand, Canada, Turkey, South Africa and Romania.

Scott Butler, Executive Director of Material Focus, says the research shows the investment opportunities in building a circular economy for critical raw materials in the UK.

Commenting on the report, Butler added: "If the UK invested in new processing infrastructure, we could capture more of these valuable materials.”

A UN-backed report, funded by the EU, goes further arguing that end-of-life circuit boards, magnets in disc drives and electric vehicles, together with special battery types and other electrical and electronic products containing critical raw materials (CRMs), should be recycled by law.

Technology-critical metals such as rare earths, lithium and cobalt are essential for emerging clean-energy technologies and global demand for these materials is expected to grow exponentially over the next 20 years.

Recycling or re-using the materials at end-of-life and from production scrap could provide a significant indigenous supply of technology-critical metals, but there are technological, economic and regulatory barriers to overcome.

The role of the CrEAM Network is to make policy recommendations to the government on how to mitigate supply risks across UK industry sectors. A recent report, published by CrEAM recommends urgent action to meet the critical materials challenge, including setting up a single body responsible for developing strategic access to technology-critical metals with effective inter-departmental collaboration at government level.

The report also recommends diversifying access to primary resources and for large-scale private investment to establish an international refining centre for specific technology-critical metals by 2025. The report also recommends reviewing waste management laws with a view to promoting recovery of technology-critical metals, as well as ensuring resilience in supply chains.

One of the key recommendations is the creation of “’Resource Recovery Clusters’, to transform waste into valuable resources. This is already happening at the Tyseley Energy Park, an ambitious energy and resource nexus close to the city of Birmingham, where many of the technologies for the processing and recovery of technology-critical metals are being developed.

Businesses need to prepare for fluctuating supplies of critical minerals in a demand-led economy and should consider the following.

The US has just introduced a new Restoring Essential Energy and Security Holdings Onshore for Rare Earths (REEShore) Act, to reinforce stockpiles of rare earth elements and guard against supply chain disruption. Businesses can expect a similar sense of urgency in the UK which are also heavily reliant on imports of critical minerals from volatile regions.