The experience of black, Asian and minority ethnic people in the workplace is distinct in many ways. Racial abuse from customers, race-based bullying and harassment along with subtle and overt workplace discrimination can all come together to create a powerful and toxic cocktail which can have damaging ill-health effects on workers — as well as negatively impacting the organisation. Vicky Powell looks at the latest advice on creating a healthier working environment for black and other minority ethnic workers. 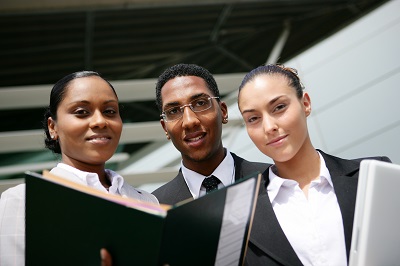 There’s no doubt that 2020 has been a difficult working year for many. The coronavirus pandemic has caused major health anxiety and brought job losses, economic recession and work-related worries. Workers around the world have had to cope with job insecurity, reductions in incomes and additional work-related stress. Many employees have juggled home schooling their children while adapting to a completely new style of working from home alongside their partners and families.

Towards the end of May, 2020 was already standing out as a year of major upheaval when the death of 46-year-old George Floyd in Minneapolis, Minnesota, filled screens across the world. News reports and social media platforms showed a white police officer kneeling on George Floyd’s neck for more than eight minutes as the middle-aged man repeated that he couldn’t breathe.

George Floyd’s death became a catalyst for protests about racism around the world, and in the corporate sphere managers are now asking what can be done to tackle race and ethnically based discrimination in the workplace.

Richard Iferenta is a partner at professional services firm KPMG and has been described as one of Britain’s top 10 most influential black people. He is also Chair of the Race Leadership Team at Prince Charles’ corporate outreach charity Business in the Community (BITC).

Shortly after George Floyd’s death, Richard Iferenta said: “We all know that, in addition to the atrocities we see in the press, there are countless other examples of institutional and individual incidents that go unheard and unnoticed outside the black community. But now that the story is being told, businesses must respond and show their solidarity and support. Silence is not an option and we must stand up for what is right and what needs to change.”

Facts, figures and effects of racism in the workplace

According to BITC, one in four black, Asian and minority ethnic (BAME) employees reported in 2018 that they had witnessed or experienced racist harassment or bullying from managers in the last two years.

Corporate trends also indicate an increase in the proportion of people from a BAME background who report they have witnessed or experienced racist harassment or bullying from customers or service users (up to 19% in 2018 from 16% in 2015). People of a mixed ethnicity have experienced the largest increase in harassment or bullying from customers (20% up from 13%).

Of those who had experienced this behaviour, 11% ultimately left their organisation.

It should be noted that non-inclusive behaviour can be conscious or unconscious, and range from bias, harassment and discrimination to interrupting someone, gestures and tone of voice or words used. Although the intention of the perpetrator might not be to cause offence, the impact of these behaviours can cause employees to lose confidence and feel isolated or disengaged.

Incidents at work — some examples

Researchers at the University of Manchester have collated TUC information on racism at work in a report entitled Racism Ruins Lives. The report explores the impacts of racial discrimination at work on workers’ lives, including with regard to how it causes stress, anxiety and depression. Incidents recorded include the following.

How race and ethnicity impact work-related stress and health

Last year an existing report on how race and ethnicity impact work-related stress and health, published by the Health and Safety Executive (HSE), was updated.

Occupational health researchers felt it was important to try to analyse why there were excess stress levels in ethnic minority workers. What they concluded was that the combination of racial discrimination with gender and ethnicity was “powerfully influential in work stress”.

They warned that this makes particular groups (such as black Caribbean women who have experienced racial discrimination) more likely to experience work stress.

Conversely, researchers have concluded that tackling racial discrimination at work, by creating an inclusive, supportive and open workplace, will impact on work stress, and in turn reduce the potential for psychological damage.

Research has indicated that only 22% of employees say that they have received support to call out racial harassment and bullying behaviour if observed.

In response, Dr Stephen Ashe, co-author of the Racism Ruins Lives report has called on employers to “abandon the laissez-faire approach” to tackling racism at work.

He recommends that employers ensure senior leaders sign up to a policy agreement that guarantees racial, ethnic and other equality, and also enable diversity champions to take the time, space and resources required to fulfil their role, particularly in the ability to investigate and respond to reports of racism.

BITC’s Race at Work Charter to support race equality in the workplace and commit to a zero-tolerance policy on bullying and harassment urges employers to commit to five key actions.

BITC also recommends a five-step process for addressing racism on the ground in the workplace.

Support and communication after an incident

After a situation where racist or inappropriate behaviour has taken place, it is important to support the person affected by recording the incident (eg in a live document, or by email including the time, date and location). However, always ask the person who was on the receiving end of the negative behaviour what they want to do with the record and never share it online or use it without their permission.

BITC also stresses the value of making a point to communicate with the individual afterwards to let them know what you witnessed and ask how best you can support them. Signpost them to resources and possible next steps (eg contacting HR, their line manager and/or an external helpline) and offer to help them make a report if they want to. Tell them that you have documented the incident and ask them if they would like you to share it.

An opportunity for change

The UK’s TUC believes that unfair treatment based on race remains widespread, while discussion of workplace racism remains “fairly muted”.

However, the current climate offers a fresh opportunity to achieve lasting change in racial fairness and equality at work.

It is estimated that race equality in the UK could potentially bring a £24 billion per year boost to the UK economy, and organisations with more diverse teams have 36% better financial returns.

So, for employers and managers who are prepared to embrace the challenges, there will be significant rewards – and not least in terms of happier, healthier ethnic minority workers who are less stressed and anxious at work, less likely to be off sick and more able to function at their very best, as productive and committed employees.

BITC’s Race at Work Charter and related information can be found on the BITC website.