As the Government continues to push towards greater normality, a lot of questions are now being asked about one particular issue: Covid-Status Certification. 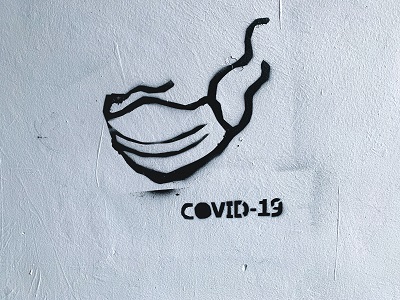 With England now in Stage 2 of its lockdown easing plans, and Wales and Scotland similarly pushing ahead with relaxations of their own restrictions, the UK Government is now considering how it will work to ensure it reaches one clear goal: never having to lockdown again. Despite the hugely successful vaccination programme throughout the UK, the risk of new variants of the virus taking off, and a potential third wave, remain very much in the minds of Ministers. One such measure to help work against this, whilst still keeping as many of our usual freedoms in place as possible, is the rather controversial idea of Covid-Status Certification.

What is Covid-Status Certification?

Whilst it is not fully confirmed how this will work, the government have provided some information. The idea would be that individuals could present a certificate that demonstrated three things in order to provide reassurance they are at minimal risk of spreading Covid-19:

The Government expects that these could be presented when there is potential for an increased number of people mixing, such as at large sporting events. They could also be used for the permissible entry to certain businesses, such as nightclubs, which are currently due to reopen in England on 19 July 2021.

Whilst Ministers accept that they would not be needed everywhere, and that this form of certification would likely only be necessary for as long as Covid-19 remains a significant threat, they have recently conducted a ‘call of evidence’ to ask for opinions on if, and how, such a provision should be implemented.

To say that that the idea of Covid-Secure Certification has been controversial is putting things lightly. Fears over the invasion of privacy and the ability of organisations to enforce such a provision have been rife since the idea of so-called ‘vaccine passports’ first started doing the rounds. After all, this information will require individuals to present personal medical data on a level that we have not seen before in this country.

Indeed, many MPs have written to Prime Minister Boris Johnson in rebellion against this, including a large number from his own Conservative Party. So substantial is the growing concerns from Parliament that Mr Johnson could even face a defeat in the Commons, should the introduction of this be put to a vote, despite his stonking 80-seat majority.

What would Covid-Secure Certification mean for organisations?

With the government yet to confirm if and how they are going to approach this, and with what will no doubt be a bitter debate between MPs still to come, it does remain to be seen how organisations will need to respond to this. If introduced organisations caught under this requirement may need, by law, to ensure they are not permitting entry into their businesses anyone who does not present the relevant certification.

This also raising the burning question as to whether staff will also need to have a valid certificate in order to be permitted to attend work, and how often this would need to be renewed. Organisations will have to ensure that the relevant documentation is up to date for all staff and that any employee who does not meet this requirement has a sound reason for this. Exemptions is also something that the government will hopefully provide further clarity on.

Another key issue organisations will want clarity on is whether they will be able to discipline and even dismiss staff in this situation. Would such an action fall into unfair dismissal territory and how can organisations work to avoid this? Whilst one method would be to set a clear procedure in place, including how many times staff can fail to meet this requirement before further action is taken, this again brings up a number of questions surrounding fairness. However organisations respond, they will need to ensure that they are consistent, non-discriminatory and listen to staff concerns.