A recent ONS report identifies job categories and workers most at risk during 2020. Most of it is as expected, although there are a few exceptions. Jon Herbert reports. 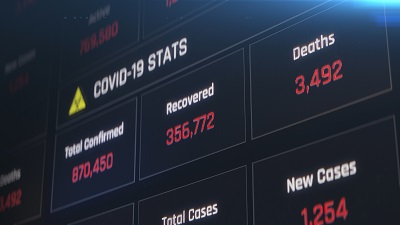 Data gathered in England and Wales by the Office for National Statistics (ONS) between 9 March and 28 December 2020 has identified employee groups with the highest fatality rates from Covid-19.

It highlighted groups most at risk, but also considered some of the 25 sub-major groups where fatalities linked to Covid-19 have been most severe. Sub-major groups are subdivided into 90 minor groups, plus 350 individual occupations, such as painters and decorators.

Figures are provisional and could be updated. They have been adjusted for age but not factors such as ethnic group, location or deprivation. However, they show that male fatality rates were higher in all occupations examined.

The ONS concludes that although early evidence suggests occupations most at risk — and in some instances not at risk — this should be taken as a helpful indicator and not absolute proof of linkage.

To clarify the position, it includes the following quotation from Ben Humberstone, Head of Health Analysis and Life Events:

However, he adds the rider that:

“As the pandemic has progressed, we have learned more about the disease and the communities it impacts most. There are complex combinations of factors that influence the risk of death: from your age and your ethnicity, where you live and who you live with, to pre-existing health conditions. Our findings do not prove that the rates of death involving Covid-19 are caused by differences in occupational exposure.”

The study found that, in 2020, the following Covid-19 figures applied.

Out of the nine major occupational groups considered, the study and analysis looked in detail at the six that showed statistically significantly higher death rates. Apart from the elementary and caring, leisure and other services occupations referred to in the summary above, the other four were:

Presumably the risk here is lack of social distancing.

The third worst affected group for men was caring, leisure and other service occupations (258 deaths) with a majority in caring personal services (91.0 per 100,000 males [184]).

The next 10 most affected groups were:

Three of the nine major occupational groups considered had statistically significantly higher death rates than the comparable working population. From the highest to the lowest, they were:

Women had a statistically significantly lower death rate when working as managers, directors and senior officials and in professional, associate professional and technical occupations, plus administrative and secretarial posts. Other groups were not significantly different.

However, among process, plant and machine workers, the group with the highest fatality rate was assemblers and routine operatives, including sewing machinists (39.2 per 100,000 [21]).

The next six most affected groups were:

Although the figures are provisional and subject to provisos that ethnicity, location, wealth, etc have not been taken into account, they show that nearly two thirds of fatalities were among men. It is something to be aware of, especially when risk assessing your vulnerable workers.