The United States of America remains the world’s most powerful economy and with a global reach like no other country. Despite any challenges it may face, it remains a huge potential market for future UK business. Martin Clark reports. 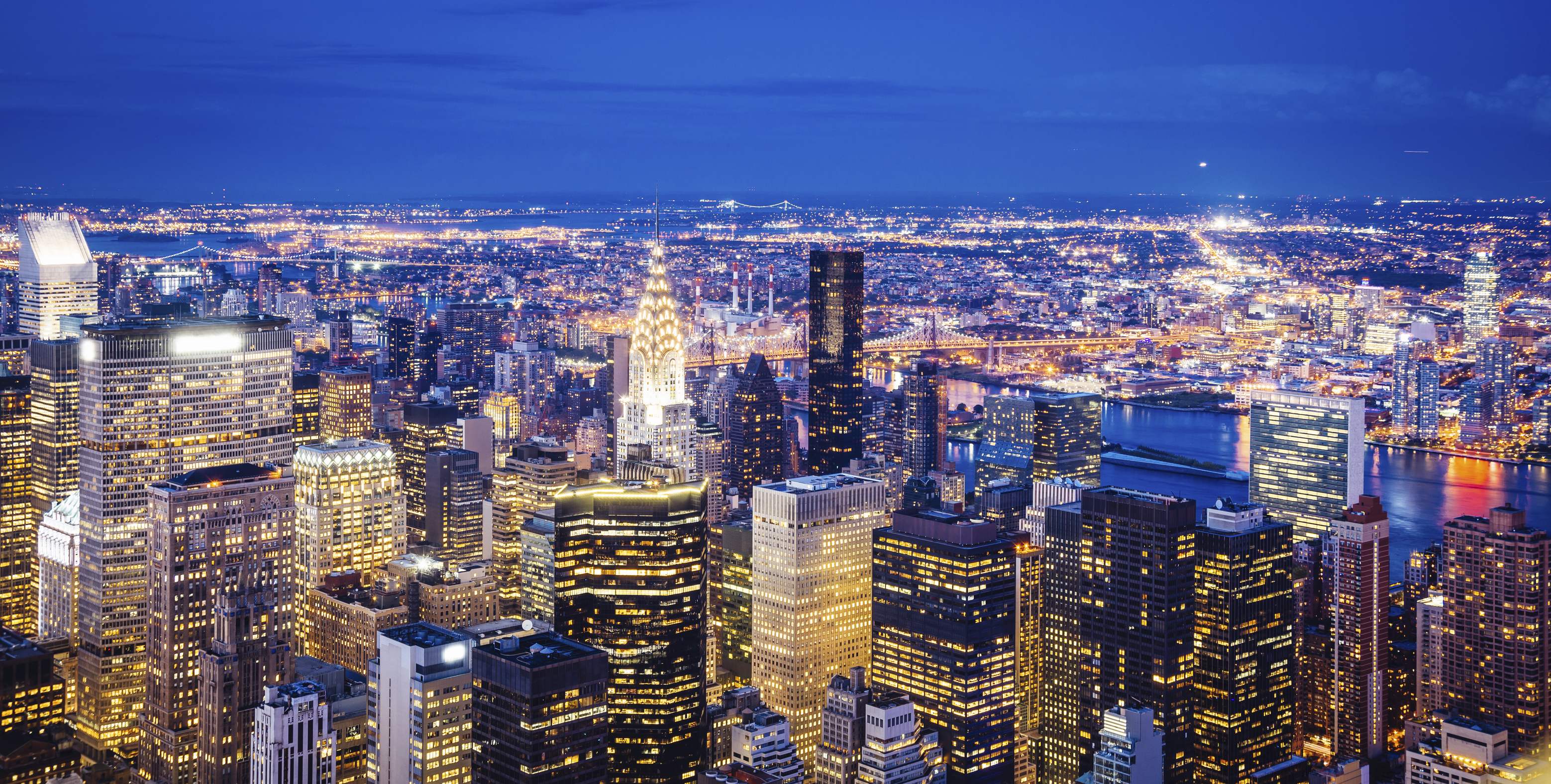 For all the political divisions exposed during a difficult and fractious 2016 election year, the USA remains the world’s number one economy, and with an unrivalled military and political influence across the globe. Indeed, its gross domestic product (GDP) equals close to a quarter of the entire total for the rest of the world underlining its scale and significance.

Its cultural imprint too — via Hollywood films, network television shows, sports and popular music, from Elvis Presley to Taylor Swift, or drink brands such as Coca-Cola and Pepsi — has reached every corner of the planet.

While emerging economies like China and India have gained traction in recent years in terms of their own economic development (China is now officially the world’s second biggest economy, after overtaking Japan), the USA remains, for now at least, in a league of its own. According to HSBC’s The World in 2050 report, the USA is forecast to remain in the top spot until 2050, when China could move into first place.

It is a relationship that did not have the best of starts, however. Originally British-controlled during the colonial era, the USA broke free after the American Revolution to gain independence in 1786. The fabled American constitution, drafted the following year, established a federal system with a division of powers which has remained unchanged in form since its inception.

It remains a critical document underpinning the nation’s free society, which has, in turn, powered its economy forward ever since.

With around 320 million people, the USA is by no means the most populous country in the world, lagging far behind China and India. Nor is it the greatest in terms of size, although it is one of the largest countries in terms of area, covering 9.8 million square kilometres, and strategically located, separated from both Europe and Asia by the Atlantic and Pacific oceans respectively.

As well as its own huge overseas reach, countless foreign enterprises now run successful businesses inside the US market, including well-known British names like BP, Shell, Virgin, British Airways and Vodafone. Most of the UK’s major banks, including HSBC and Barclays, have a strong presence in Wall Street, New York’s powerful financial centre.

The strength of the economy also means that the US dollar has long been the currency of choice internationally; many trades in commodities such as crude oil are now routinely dollar-based worldwide.

This “special relationship” may now be tested on a new level, however, in the wake of Brexit. For UK companies eyeing the US market, the most significant development will be how trade talks play out. Comments from the White House previously that the UK must “join the back of the queue” when it comes to free trade negotiations did not set an overly optimistic tone, but there remains much ground yet to cover.

As the world’s fifth largest economy, the UK remains an important trade partner not only for the USA, but also to much of the rest of the world, which gives it good leverage in any talks.

Moreover, there are fresh plans by the UK Government to boost its presence in the US market with the opening of three new offices in Minneapolis, Raleigh and San Diego, to further promote trade links.

The scale of the US economy does not mean it is without its challenges though. Just as the economy may be huge, so too are the threats facing the country as it seeks to navigate the 21st century and the rise of other major Asian nations and competitors.

As a large, well-developed economy, this includes dealing with insipid growth. Through the post-war era, GDP growth has averaged around 3.2% (from 1947 until 2016), according to the US Bureau of Economic Analysis. However, this has fluctuated wildly through the years, including double-digit growth and contractions during the 1950s.

More recently, however — and especially so in the wake of the 2008 global financial crisis that wiped out once illustrious US names such as Lehman Brothers — economic growth has been more feeble, averaging a little over 1% during 2016.

Washington’s problems also include dealing with an enormous and rising public debt. At the end of the 2016 financial year, gross US federal Government debt is estimated to be a staggering $19.5 trillion, dwarfing that of any other country. An online US debt “clock” keeps track of the number in real time for all Americans to see, highlighting its impact on the real economy from bankruptcies to foreclosures.

Maintaining US influence around the world — including the world’s largest military — is another key challenge, and a costly one for taxpayers, especially given the extent of the national debt. There is a sense among analysts that the USA may start to withdraw more from its high-profile international role in volatile areas such as the Middle East in the years to come, in part, simply because of the cost.

Yet the USA remains adept at finding solutions to its problems with a “can do” pro-business attitude that encourages and rewards entrepreneurship at all levels.

This open mindset includes embracing foreign firms, with British companies offering quality products well placed to succeed. Major British exports span a wide range of areas from machinery and transport equipment, to chemicals, fuels, food and drink, among many others.

In the auto market, for instance, where many UK firms are already thriving, the USA is home to 16 car manufacturers including GM, Ford and Chrysler, while car sales average around 15 million every year.

Similarly, in the aerospace sector, Boeing has a huge backlog for new aircraft orders from commercial airlines, which creates opportunity for British firms.

The defence industry is another core area of business for UK firms with an interest in the US market. Sheffield Forgemasters recently secured export contracts worth over $30 million for a sequence of castings for the US OHIO submarine replacement programme. The first parts of the order were completed in 2016 with another tranche of components to follow in 2017, providing work for the group’s foundry and machine shops.

“These are complex components and require detailed modelling and manufacturing to highly specific tolerances,” said Dr Graham Honeyman, Chief Executive at Sheffield Forgemasters International. It followed a separate £1 million US contract for other press components.

The dynamism of the US market means new opportunities are opening all the time.

In the foods and agricultural sector, for instance, British beef and lamb exports are expected to go back on the menu in the USA after a long absence following negotiations by the UK Government.

The USA is one of the world’s greatest agricultural producers and consumers of meat products.

While it’s still true that starting a new business in the USA is perhaps easier than many other markets around the world, there are multiple challenges for foreign players to contend with.

The scale of the US market means plenty of opportunity across a whole host of areas, but there are unique issues facing exporters and investors, including vast regional differences between the 50 States. These range from densely populated and sophisticated states like New York and Massachusetts on the east coast, to more rural states such as Wyoming and the Dakotas in the interior.

Moreover, as a wealthy and developed market, customer expectations are high and consumers are sophisticated which means there is strong competition, often causing saturation of products or services in certain areas.

Costs can also be high especially in the major cities. One recent British investor, Epos Now, which produces electronic point-of-sale solutions, opted to set up its US base in Orlando, Florida, after baulking at the higher costs of Silicon Valley in California, the country’s main technology hub.

The US legal culture, where litigation is common, is another important consideration, as is the need for business insurance, while obtaining work visas can be expensive and time consuming.

Nonetheless, the sheer scope, potential and diversity of the US market means it is a market that cannot be ignored by British firms, large or small.

Factor in the cultural similarities, a long, shared history, plus a deep relationship in strategic and sensitive areas like defence, it’s clear that the UK occupies a favourable position.

Given that the USA is tipped to stay as the world’s number one until at least the middle of this century — if not longer — then it’s not a bad position to be in.