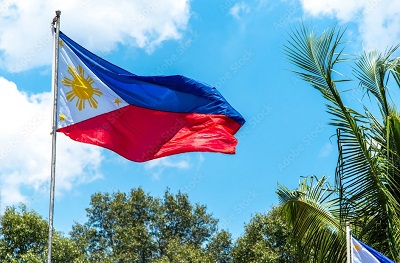 The Philippines, a country made up of more than 7000 islands, sits amid one of the world’s fastest growing regions, close to China and other major emerging economies. Historically a former Spanish colony, it is nonetheless a significant market in the modern era for UK exporters — and one with immense potential given its geographic significance and large population of around 110 million.

This sprawling archipelago sits in the western Pacific, separated by the South China Sea from Vietnam and the mainland south-east Asia region and just to the south of China. It is also a member of the Association of Southeast Asian Nations (ASEAN) trade group, a market of over 660 million people.

With so many islands, the Philippines naturally offers incredible diversity, from tropical forests, mountains, emerald rice fields and dreamy beaches to bustling megacities — notably the capital city Manila, the main arrival point for most business visitors and tourists.

Indeed, most of the large and growing population lives on just a dozen or so of the country’s islands — Manila itself is on Luzon, the largest island — bringing with it extreme population density in some areas, but lots of empty wilderness and space elsewhere.

Despite three centuries of Spanish rule, the Philippines also holds strong ties with the English-speaking world as well after it was ceded by Spain to the USA in the early 20th century. The country eventually gained full independence in 1946 under a US-style constitution, though Spanish and American influences remain strong today.

It means English is now widely spoken — the two official languages are Filipino and English — especially in business and tourism circles, providing some welcome familiarity for UK companies. UK business, telecoms and financial services all have a strong presence in the market.

The Philippines is also an important strategic ally for the US in a region in which China is increasingly becoming dominant. Washington has provided military aid through the years to help its partner to tackle threats such as Islamist and communist insurgencies — Christianity remains the dominant religion in the Philippines.

The global influence of expat Filipinos is also significant, with a huge community in the US and worldwide, providing a key source of remittances back into the local economy. That remains vitally important given the huge development challenges the country faces.

After the challenges of Covid-19 and its associated lockdowns, which ravaged whole economies worldwide, the Philippines has been bouncing back in good form. That includes rapid expansion in early 2022, with first quarter gross domestic product (GDP) growth up 8.3% year-on-year, after a rebound of 5.6% in 2021. The International Monetary Fund (IMF) expects full-year 2022 growth to settle at around 6.5%.

However, the country is facing external headwinds from rising world inflation, notably higher oil prices, as well as moderating global economic growth, according to analysts at IHS Markit.

The country’s services, tourism and remittances-led model was hit hard after Covid-19. Nonetheless, in the medium term, IHS Markit predicts rapid growth over the coming decade.

“By 2033 the Philippines is set to join the ranks of a small group of countries in the Asia-Pacific region that have a GDP exceeding one trillion dollars,” it noted in a 22 June 2022 update. It believes this will result in a “significant transformation” of the economy, with a substantial expansion in the size of the domestic consumer market.

“This will help to drive foreign direct investment inflows into the Philippines, as multinationals build up their local presence in a wide range of manufacturing and service sector industries.”

Similarly, HSBC has forecast that the Philippines could become the world’s 16th largest economy by 2050.

At present, about 200 British companies are doing business in the Philippines, from oil giant Shell to financial heavyweights like HSBC and Standard Chartered. Some of the frontrunners targeting the expanding consumer market include Unilever, The Body Shop, Diageo, Clarks, Marks and Spencer (M&S) and River Island.

Other trendy British brands include high-end tailor TM Lewin and design firm Cath Kidstone. For M&S, the Philippines has become an integral part of its growing international retail strategy, with around 20 stores on its books across the country, as well as online sales.

Nonetheless, total bilateral trade in goods and services between the UK and the Philippines still remains fairly modest, worth some £1.8 billion (US$2.2 billion) in 2021, an increase of around 6.8% on the previous year. Leading UK exports include electrical goods, medicines and pharmaceuticals, meat and meat products, and general industrial machinery, among others.

Despite the clear long-term potential of this large and growing market, there are a number of key hurdles facing would-be exporters and investors, with red tape and graft commonly cited. Distance to market is another challenge for UK firms, with a journey time of 16 hours from London to Manila, and a time difference of eight hours ahead of GMT.

As the Philippines grapples with the widespread poverty that still persists, visitors will also need to navigate some of the country’s infrastructural constraints as well, from ultra congested roads to an energy sector under great strain.

Shell has had a notable role to play in supplying the local energy market for years via its multi-billion dollar Malampaya gas field, which it divested last year. The gas field is estimated to power about a third of all homes and businesses in the Philippines.

Nonetheless, the company remains very active in supplying the market’s energy needs. In April, the local Pilipinas Shell Petroleum Corporation (PSPC) broke ground on a new import facility in Darong, Southern Mindanao. The site, due on stream in 2024, will help to provide a more stable, undisrupted supply of energy in the region.

Shell is also looking to expand its clean energy footprint in the country as well. In July 2022, it teamed up with Emerging Power Inc (EPI), the renewable energy subsidiary of natural resources development company Nickel Asia Corp. to jointly develop, own, operate, and maintain onshore renewable energy projects in the Philippines.

The joint venture is targeting 1 gigawatt (GW) of capacity by 2028 with ambitions to contribute up to 3 GW into the country’s renewable capacity by initially rolling out a series of projects in Luzon and Visayas. The focus will be on utility-scale solar PV while evaluating opportunities in onshore wind and energy storage systems. Based on industry data, a gigawatt of solar PV can supply the annual daytime consumption of over 1.2 million homes in the country.

Working with partners and developing new collaborations is key to accelerate the energy transition, said Lorelie Q. Osial, country chair of the Shell Companies in the Philippines.

“This Shell-EPI partnership will leverage on Shell’s technical expertise and integrated solutions as a global energy company and EPI’s strong presence in the Philippines. Together, we can power progress for the Philippines through sustainable energy for industries and homes.”

More mega infrastructure projects are lined up, or underway, across both the energy sector and in other areas as the Philippines catches up with some of its more advanced ASEAN neighbours. New projects include delayed plans for a large liquefied natural gas (LNG) import terminal, with gas to be used to underpin the power sector.

In the transport sector, key projects include the Manila mega subway to improve congestion in the capital and the Tagum-Davao City-Digos segment of the Mindanao railway, among many other big highways and rail projects. The Asian Development Bank (ADB) recently approved up to US$4.3 billion to help finance the construction of nearly 55 km of modern suburban railway line connecting Metro Manila with the city of Calamba.

The investment in the South Commuter Railway Project, which is part of the North–South Commuter Railway (NSCR) network, is ADB’s largest infrastructure financing in the Asia and Pacific region to date, underlining its commitment to the Philippines and its long-term future. The project includes the construction of 18 stations and will reduce travel time between Manila and Calamba by over half, from 2.5 hours currently by road.

All new infrastructure will also be designed to be disaster-resilient and able to withstand typhoons and earthquakes.

As well as being one of the Philippines’ flagship projects, it is also part of the government’s own “Build, Build, Build” infrastructure development agenda.

The digital sector is also growing in areas like banking and finance, cyber security, data and artificial intelligence — another key niche opportunity area for innovative UK firms. Connectivity remains a challenge across the numerous islands of the country, and digital infrastructure is regarded by the government as crucial to bringing services to remote areas.