A country never far away from the spotlight, Israel nonetheless boasts a diversified and sophisticated economy with rich potential for foreign firms. Martin Clark reports. 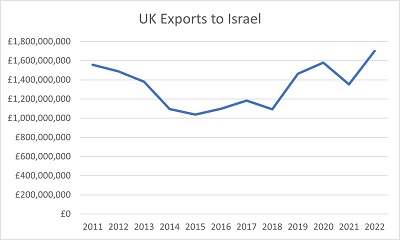 Israel, a country of almost 9 million people along the eastern Mediterranean shoreline, is a land rich in beauty, contrasts and often controversy. A stunning, diverse, sun-drenched landscape, and the only state in the world with a majority Jewish population, it is more often than not in the headlines for the wrong reasons. Political and religious rivalries tend to dictate the news agenda in this part of the Middle East, deflecting from some of its underlying appeal, both as a destination for international tourists and as a hub for business.

The country boasts one of the most diversified and powerful economies in the region. Yet Israel, since its formation in 1948, has been in conflict with the Palestinians and its Arab neighbours over the rights to land considered holy by Jews, Christians and Muslims — many of these disputes date back to ancient times. It means the security situation in Israel and the occupied Palestinian territories can be fast-changing, and something to be monitored on an ongoing basis.

While politics and religion are often inextricably linked in this corner of the world, there is much going on beyond the headlines to appeal to UK exporters and investors. The two countries hold strong historical ties and have taken steps to protect trade interests whatever the Brexit whirlwind throws up, now or in the future. That includes the signing of a new UK-Israel trade and partnership agreement in 2019, to take effect after Brexit, when European Union (EU)-Israel trade agreements no longer apply to the UK.

This deal, in part, reflects the immense significance and importance of Israel — both generally, as one of the region’s most diversified economies, and as a trading partner to the UK. It also underscores the fact that Israel is a key strategic partner to the UK and its allies in what remains a volatile Middle East region — this extends into the defence, security and intelligence sphere, with Israel a nuclear power, and a nation very strongly supported by its closest ally, the USA.

Indeed, the UK holds an especially important historical role, as a lead actor in the original creation of Israel in the wake of the Second World War. It resulted in the division of the former British-controlled mandate of Palestine and the formation of the modern state of Israel — the culmination of the Zionist movement, to establish a homeland for Jews scattered throughout the world. But religious and cultural links thrive today with some 0.5 per cent of the UK’s population estimated to be Jewish (over a quarter of a million in England and Wales alone); in the USA, that figure rises to around 5.7 million.

Apart from the Mediterranean Sea, Israel is flanked on all other sides by Arab states. That includes Egypt to the south, followed by Jordan, Syria and then Lebanon in the north. Within Israel are the two Palestinian territories: the Gaza Strip in the south-west, next to the Egyptian border, and West Bank, which rests against Jordan. It is a complex mesh that begins to explain some of the age-old rivalries that still continue to shape this whole region and these ancient lands, famed for such historical places as Jerusalem, Nazareth and the Dead Sea.

Most recently, tensions were stoked by the US’ recognition of Jerusalem as the capital of Israel by President Donald Trump, upsetting the Arab world and many of its Western allies. Most countries still identify Tel Aviv as the Israeli capital, which houses most diplomatic missions and is the primary gateway into the country for international businesses and tourists. Despite the political and religious complexities — which have erupted into conflict on numerous occasions in the post-war era — Israel has emerged to become a modern, industrialise and resilient economy.

Growth is mostly positive and forecast to rise by 3.1 per cent for 2019, accelerating to 3.5 per cent in 2020. The country boasts a highly-skilled and creative workforce and scores well for innovation and entrepreneurship in global business rankings, with a 5 per cent unemployment rate, among the world’s lowest. Key industry sectors include industrial manufacturing — its diamond-cutting sector alone is deemed to be among the world’s best, contributing to almost 25 per cent of exports.

Israel has invested heavily in its technology sector too, in terms of infrastructure and human talent, and is widely regarded as a creative hub; its flagship Silicon Wadi tech hub is among the most important development centres in the world outside of Silicon Valley in the US. This has also underpinned the development of the defence industry, another important growth sector. Agriculture and tourism are also fundamental to Israel’s flourishing economy. The US is by far the nation’s greatest overseas trading partner, buying almost a third of all Israeli exports, notably cut diamonds and medicines and pharmaceuticals.

Trade with the UK is much lower, in terms of volumes by comparison: Israel is positioned as the UK’s 46th largest trading partner overall, but significant nonetheless, especially given that around 300 Israeli firms are now present in the UK market. In 2017, total trade in goods and services between the UK and Israel was worth some £3.9 billion — accounting for about 0.3 per cent of all UK trade. This is weighted heavily in the UK’s favour, which exported around £2.3 billion (against imports from Israel of £1.6 billion). Leading exports from the UK include vehicles, machinery and mechanical appliances.

The UK’s top goods imported from Israel were largely in plastics, precious stones and metals, machinery and electrical equipment. The new UK-Israel trade and partnership agreement seeks to protect this trade flow, and prevent any disruption that might arise out of leaving the EU. The government estimates the agreement could save the UK vehicle industry up to £9 million a year in tariff charges, one of its primary exports to Israel.

Specifically, the new partnership encompasses a variety of areas including trade in goods; services, competition and intellectual property; government procurement; conformity assessment of industrial products; as well as wider cooperation. The agreement is welcome news for the countless firms already doing business in Israel. In 2017, HMRC estimated that 6,700 VAT-registered UK businesses exported goods to the country, both multinationals and SMEs. Among the larger corporations doing business are Unilever, which has been present in Israel for decades, and Rolls-Royce, which signed a huge export deal with Israeli airline El Al recently. It is supplying the engines for 16 Boeing 787 Dreamliner aircraft for the airline, which marks the largest single export deal the UK has signed with Israel. The deal was described as a “marker of the strength of the trade relationship between the two countries,” according to the UK government’s export finance division, UK Export Finance (UKEF), which is supporting the project. It marks the first time that UKEF has supported an aircraft delivery to El Al airlines.

As a strong, vibrant economy, and one that is prioritising technology, Israel continues to throw up new opportunities for UK businesses. It is tapping into its natural resources — including abundant sunshine — to harness the potential of solar power and other renewable technologies. This is expected to play a key future role in fulfilling Israel’s domestic energy needs.

Historically, the country has been largely dependent on imported fuels but this could be about to change in the wake of multiple gas discoveries offshore, both in Israeli territory and elsewhere, notably offshore Egypt and Cyprus. It has turned the eastern Mediterranean region into a world exploration hotspot in recent years. The UK’s long expertise in the offshore sector, originally from pioneering work extracting oil and gas from the North Sea, means companies in this field are now well placed to explore new business possibilities.

One London-listed company targeting Israel’s gas sector is Energean Oil & Gas plc, which extended its position in Israeli waters in July 2019, signing up four additional areas for exploration. The four new licences, known as Block D, sit approximately 45 kilometres offshore, more or less adjacent to Tel Aviv. The company, which is dual-listed on the Tel Aviv Stock Exchange, is already making headway on other Israeli work, signing a contract with Israel Natural Gas Lines to push forward its Karish and Tanin development, which is due to start flowing gas to the Israeli market at the start of 2021.

Energean’s chief executive Mathios Rigas said it “demonstrates the commitment of the Israeli government to the project, and to long-term development of gas resources offshore Israel.” The infrastructure being development by the UK firm and its Israeli partner also opens a potential route-way for other offshore discoveries in the future.

Onshore, there remain plenty of other possibilities for UK firms in this densely-packed and sophisticated market. That includes the tech sector, with the UK government forming the UK Israel Tech Hub initiative to connect firms from both sides, and the retail sector to capitalise on Israel’s high spending power. Then, of course, there is tourism, with the country receiving an estimated 3.7 million arrivals in 2017 to visit highlights such as Jerusalem, the bustling metropolis of Tel Aviv, sunshine resorts like Haifa, or to float away in the Dead Sea.