The island nation meets the nation of islands

Indonesia, a land of over 17,000 islands, is one of the world’s fastest growing economies, with immense potential across the board for British investment and trade. Martin Clark reports. 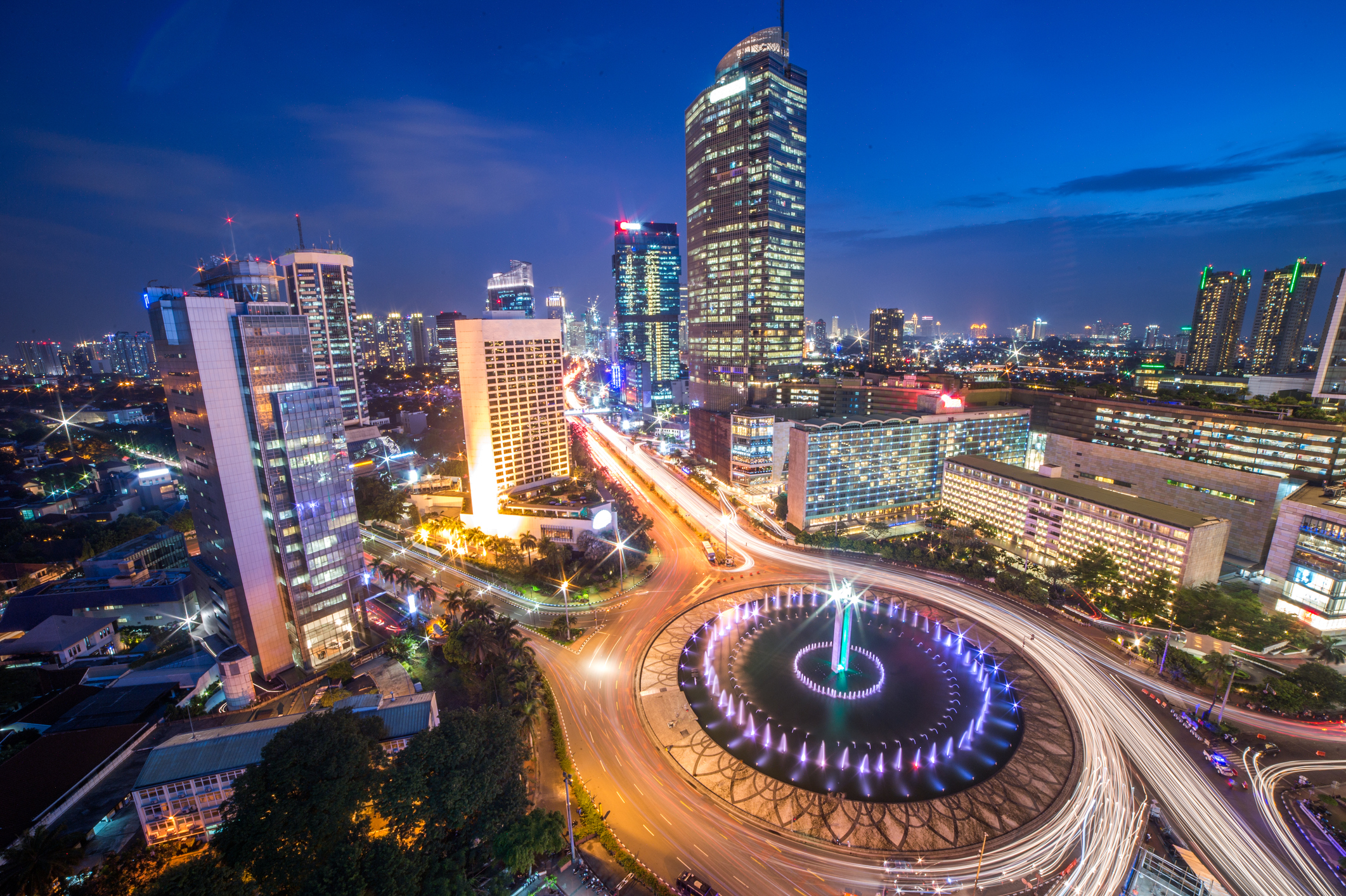 Perhaps no other country can match Indonesia’s extraordinary geography. This south-east Asian country of around 260 million people is made up of literally thousands of volcanic islands, both large and small, many uninhabited, sweeping broadly from the western tip of Malaysia across to the northern reaches of Australia.

Naturally, this enormous land spread — there are a staggering 17,000 islands in total, less than half of which are inhabited — means Indonesia also boasts incredible cultural diversity, with hundreds of ethnic groups speaking many different languages. It is estimated that more than 300 different languages are spoken here, although the primary national and official language is Indonesian.

The bigger islands, such as Sumatra and Java, are the main population centres — Java contains more than half of the country’s population — but Indonesia’s varied peoples still remain every bit scattered across the island archipelago, stretching from east to west.

The only true metropolis is Jakarta, the national capital, with around 10 million inhabitants. No other city boasts more than 3 million people, while the number of cities above 1 million is barely a dozen.

For a nation with almost a quarter of a billion citizens — a number that is rising rapidly — that equates to a very rural and remote population distribution, a factor that has no doubt shaped the long-term development of this mystical country.

Jakarta itself, the vibrant, sprawling capital, is located on the island of Java, the main commercial and political destination for many overseas visitors.

But Indonesia’s countless islands also offer ideal exploration territory for adventurous visitors keen to discover pockets of untouched wilderness, with jungles sheltering elephants, tigers and orangutans, among other rich wildlife. Each island boasts its own unique treasures, from the famous dragons of Komodo, to the party clubs and blissful beaches of Bali, another major destination for western tourists.

Even on Java there is massive diversity, far away from the grinding traffic of Jakarta, such as the historic city of Yogyakarta, known for its gamelan music and traditional puppetry.

And yet there are common threads too that bring Indonesians together, including the nation’s currency, the Rupiah, plus the predominance of Islam; it is the most populous Muslim country in the world.

But such is the country’s geography and challenging mountainous rainforest terrain that there remain plenty of deeply isolated areas, especially in Kalimantan and Irian Jaya, places that are home to many indigenous communities that maintain a very traditional way of life untouched for centuries.

It is a true contrast of cultures and peoples in every sense.

This diversity may not always be conducive for doing business, however, as appealing as it may be for tourists and explorers.

The country’s generally poor infrastructure means transport links between, and even within, the islands can be problematic.

Nonetheless, Indonesia represents south-east Asia’s biggest economy and is a member of the G20 group of the world’s richest nations, reflecting how much growth has taken place in recent decades.

Since the country hit the headlines in 1997 with the Asian financial crisis, it has undergone a resurgence to become one of the world’s major emerging economies, recording steady growth year-by-year.

Indonesia’s large consumer base — with a middle class larger than the population of Malaysia or Australia — abundant natural resources and political stability, are all attractive to foreign investors, although this is countered not only by the generally poor infrastructure, but also allegations of corruption and frequent calls for economic protectionism among some official groups.

Most see the clear potential of this vast and vibrant country though. Currently ranked the 16th largest economy in the world, it is projected to be the seventh largest by 2030, underlining why foreign firms are taking the time to build relationships and long-term roots.

Such projections seem to be rooted in a reality based on steady and sustained economic growth, which shows no signs of letting up.

The Organisation for Economic Co-operation and Development (OECD) forecasts Indonesia’s economic growth totalling 5.1% in 2016 and then reaching 5.3% in 2017; this represents an upward trend from 4.8% in 2015, although rates have been very consistent for a decade or more.

The strength of the local market is another influential factor drawing in new business with domestic consumption accounting for more than half of Indonesia’s GDP, a factor which helped protect it from the global economic crisis. Moreover, the population is rising by an estimated 4.5 million people each year.

And this means there is plenty of opportunity for ambitious foreign investors and exporters, across a broad mix of industry sectors.

During a 2015 visit to the country, former British Prime Minister David Cameron described the scale of opportunity in Indonesia as simply “immense” for UK firms.

Britain is currently Indonesia’s fifth largest foreign investor, but could double its position, according to Cameron at the time, if it secures a greater role in new infrastructure developments as the country rolls out new roads, railways and other services as part of a mighty $300 billion expansion.

As well as infrastructure, other key areas of interest for British firms include insurance and financial services, as well as new internet-based industries.

Another esteemed name is Rolls-Royce which, in April 2016, won a new order worth $1.2 billion to supply its Trent 7000 engines to national flag carrier Garuda Indonesia, to power 14 aircraft.

It’s possible that exports need to catch up, however, with the UK currently shipping on average just 0.2% of its total foreign sales to Indonesia, despite having invested $1.6 billion, excluding the banking and energy sectors, in 2014 alone.

And there’s a lot of that more investment to come, with BP set to embark on a $6 billion expansion of its Tangguh liquefied natural gas (LNG) project. The energy giant reached a final investment decision on the project — one of Indonesia’s flagship gas installations — in 2016.

In the financial sector, HSBC also plans to inject a further $1 billion of additional capital into its combined Indonesian business with Bank Ekonomi Raharja, according to reports.

That does not mean Indonesia also faces a great number of challenges as it seeks to grow into a more mature, developed economy.

Indeed, despite being in the world’s top 20 economies in terms of size, the World Bank ranks it only the 101 easiest place to do business, reflecting the large number of hurdles and complexities all businesses should be prepared for.

These include a complex bureaucracy, an uncertain and unpredictable legal and regulatory environment, a general lack of transparency, as well as high logistics costs.

And, in a business culture where many companies may not respond to emails, finding a trusted local partner is paramount to long-term success.

While the economy continues to flourish on the ground, there are also a great number of other thorny issues for the Jakarta regime to contend with.

Key areas that it must get to grips with include tax reform or, more specifically, collection. According to finance ministry data, only 27.6 million people are registered taxpayers out of around 115 million working citizens in the country.

The government recently offered a tax amnesty, through to March 2017, intended to provide the state with billions of dollars in new revenues and normalise and expand the tax base.

It is not the first time, although multilateral agencies and economists insist it must be the last. The OECD said in an October 2016 report on the country that Indonesia must tell taxpayers that the current amnesty is the last to avoid future tax evasions.

On a broader level, there are deeper concerns too with the country facing demands for independence in several provinces, while Cameron himself urged Indonesia to encourage new political alliances in order to counter the rise of Islamist militancy. The memories of the 2002 Bali bombings in the tourist district of Kuta that left 202 dead live long in the memory.

Despite any complications, around 280,000 British nationals visit Indonesia every year, with the vast majority of visits trouble free. For tourists and businesses alike there remains plenty to discover.