The tiny Caribbean island nation of Haiti is the poorest country in the Americas, but it is a place where development is long overdue. Martin Clark reports. 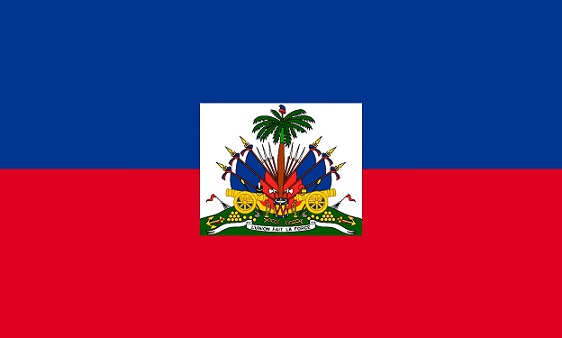 Haiti, a tiny, poor island state in the Caribbean is typically in the limelight for all the wrong reasons — though there are still opportunities for the more adventurous investors and exporters looking to aid its long-term development. Located in the central part of the Caribbean Sea, it looks much like other neighbouring islands in the area with golden, sun-kissed beaches, blue skies and tropical palm trees.

It sits to the south east of Cuba and east of Jamaica, and shares the island of Hispaniola with the better-known Dominican Republic, a popular long-haul tourist destination; Haiti occupies the western third of the island. With a population of over 11 million, it is not an insignificant market, though an estimated six million still live beneath the poverty line, according to the World Bank.

Development has largely eluded Haiti, which has paid a high price from persistent instability across many decades, undermined by volatile dictatorships and extreme weather. A UN peacekeeping force only withdrew in 2017 after it was put in place in 2004 to help stabilise the country. Natural disasters have also taken their toll, from earthquakes to hurricanes. A 2010 earthquake is estimated to have killed at least 200,000 Haitians, triggering an international relief effort. It also wrecked infrastructure and provided yet another setback to the economy. Together, these factors have contributed to make Haiti the poorest nation in the Americas.

The World Bank’s current strategy for the country includes such initiatives as enhancing climate resilience and boosting education and healthcare standards. It also wants to generate greater economic opportunities outside the capital, Port-au-Prince, the main arrival point for international visitors. The bank is looking to increase energy access and expand renewable energy, improve access to finance and nurture the private sector through the development of public and private infrastructure in energy and ports.

Yet, perhaps more recent events, to some extent, mask other historical reasons behind the country’s present-day struggles. Haiti was the first black-led republic and independent Caribbean state when it ended French rule in the early 19th century — it marked what was effectively the world’s only successful slave rebellion. However, independence came with a sting in the tail, with Haiti forced to pay reparations to its former colonial master after it demanded compensation for former slave owners, sending in gunships in 1825 to assert its claim.

This so-called ‘independence debt’ was not paid off until 1947 and cost Haiti around US$21 billion over a staggering 122 years. Understandably, there have been calls in recent times for France to repay the money, an issue that is unlikely to go away anytime soon. Rewind almost 200 years and the historical context is significant: at the time, Haiti’s independence was viewed as a threat by other slave-owning countries, including the USA, which also now maintains a watchful eye over the country. Still, it underscores Haiti’s pioneering status in a bygone world, and how its nascent prospects were stifled early on by powerful colonial interests.

As a former French territory — the main spoke languages are Creole and French — there is little direct UK involvement in modern-day Haiti. Indeed, the UK Foreign and Commonwealth Office (FCO) currently advises against all but essential travel due to the “current unstable and dangerous security situation”. It cites high crime rates, especially in the capital and along the border with the Dominican Republic, and an “unpredictable” security situation. It has obviously derailed any hopes of building a successful tourism sector, like its near neighbour, despite the obvious and abundant natural Caribbean potential. While there is a British embassy in Port-au-Prince, consular support is provided by the embassy in Santo Domingo in neighbouring Dominican Republic. Mockbul Ali was appointed as the next UK ambassador for both Haiti and the Dominican Republic and is due to commence his appointment in August 2020.

While bilateral prospects are fairly small, Haiti’s immense and ongoing development needs mean opportunities with multilateral donors and aid projects. Indeed, the World Bank still lists Haiti as the poorest country in the Western Hemisphere with a gross domestic product (GDP) per capita of just US$870 in 2018. Growth is also fairly insipid, rising from just 1.2 per cent in 2017 to 1.5 per cent in 2018, nowhere near enough to make any major impact on the country’s fortunes. The economy is also faced with double digit inflation, a depreciating national currency (the gourde) and a rising budget deficit. Despite this gloomy backdrop, there are positives, not least the attention of international donors, led by the bank itself and the International Monetary Fund (IMF). Haiti’s proximity to the US market and a young and dynamic workforce (six out of 10 Haitians are under 25 years old) also give grounds for future optimism.

There is likewise strong potential in a number of industries such as agribusiness, light manufacturing and tourism — the number of international travellers has increased by nearly 20 per cent in the past couple of years, despite the country’s plight. Familiar brands can also be found in Port-au-Prince, with hotel giant Marriott opening its first property there in 2015, providing world-standard comfort to business travellers and other high-end guests. Developing the agricultural sector, which supports an estimated 40 per cent of the population and accounts for 22 per cent of GDP, is a clear priority.

The International Finance Corporation (IFC) — the World Bank’s private sector arm — is keen to nurture the agribusiness sector providing micro loans to would-be entrepreneurs, an area it sees as a bottleneck to development. It recently committed a further US$2.5 million with Société Générale de Solidarité (Sogesol), a leading micro finance institution, to support small and medium enterprises (SMEs) and agribusiness across Haiti. This is expected to provide more than 500 loans to SMEs and agribusinesses by 2023.

“Smaller entrepreneurs are key for Haiti to take off — and they need financial support,” said Pierre-Marie Boisson, Sogesol’s chairman. Smaller businesses are an engine of Haiti’s economy, accounting for over 80 per cent of employment — however, traditional banking services are often only available at the top end of the market, according to the IFC. It says nearly half the country’s micro, small and medium entrepreneurs have unmet financing needs — collectively that amounts to an estimated US$2.5 billion financing gap.

The latest initiative takes IFC’s cumulative portfolio in Haiti up to US$223 million. As well as agribusiness and banking to provide financing for SMEs, this also spans sectors such as hospitality, energy and manufacturing. The World Bank is likewise keen to bolster institutional capacity, and improve public financial management, which throws up potential consulting opportunities for foreign firms. For many English-speaking citizens, impressions of Haiti may be skewed somewhat from the famed Graham Greene novel, ‘The Comedians’, which charts one of the nation’s darker periods in history. It is set during the rule of François ‘Papa Doc’ Duvalier, who was Haiti’s president from 1957 to 1971, and his feared secret police, the Tonton Macoute. But this now dates back half a century and Haitians are ready to move on. There is plenty of catching up to do.

When the IMF unveiled its latest three-year US$229 million credit facility in 2019, social protection was at the heart of its programme, with a clear intent to aid the most vulnerable, as well as tackle corruption and support good governance. It described Haiti’s current state as “fragile” but added that it was “ready to partner with Haiti on its economic revitalisation,” encouraging other multilateral agencies to follow suit. In 2018, the Barbados-based Caribbean Development Bank (CDB) established its first country office in Haiti. To date, it has committed a total of US$133 million to the country, supporting projects in education and training, agriculture and rural development and SMEs.

These are all small but essential building blocks in creating a more sustainable long-term development path. Political rivalries continue to undermine progress in Haiti, while a payment dispute with a US energy trading firm, Novum Energy, has resulted in fuel shortages and power blackouts through much of 2019. This oil supply deal followed the collapse of oil imports from Venezuela to Haiti via the now defunct Petrocaribe aid programme.

Infrastructure is also in need of urgent attention, with potholes littering the roads in the capital and still plenty of evidence all around of the 2010 earthquake. Damages and losses stemming from the 7.0 magnitude earthquake were estimated at a staggering US$7.8 billion. Haiti’s main arrival point is Toussaint Louverture International Airport, which continues to provide a link between Port-au-Prince and the wider world, but there is little other major development work after early post-earthquake recovery actions. Any new projects — such as the newly-paved road linking Cap Haitien to the village of Labadie, inaugurated in February 2018 — are warmly received by locals.

One possible hope for Haiti going forward is China, which is keen to offer loans and other development aid in recognition for its ‘One China’ policy — Haiti is one of only 17 countries worldwide that still maintain diplomatic relations with Taiwan. For now, Haiti remains a challenging environment for business, not only for UK firms, but all international partners. Until any volatility subsides, it seems that following the work of the development agencies and the multilateral lenders may be the most likely route in for British companies.