Recent years have been tough for Greece as it seeks to emerge from a crippling financial crisis and grapples with a migrant influx from the Middle East and North Africa. Yet the underlying potential of this European sunshine state with a powerful history remains intact. Martin Clark reports. 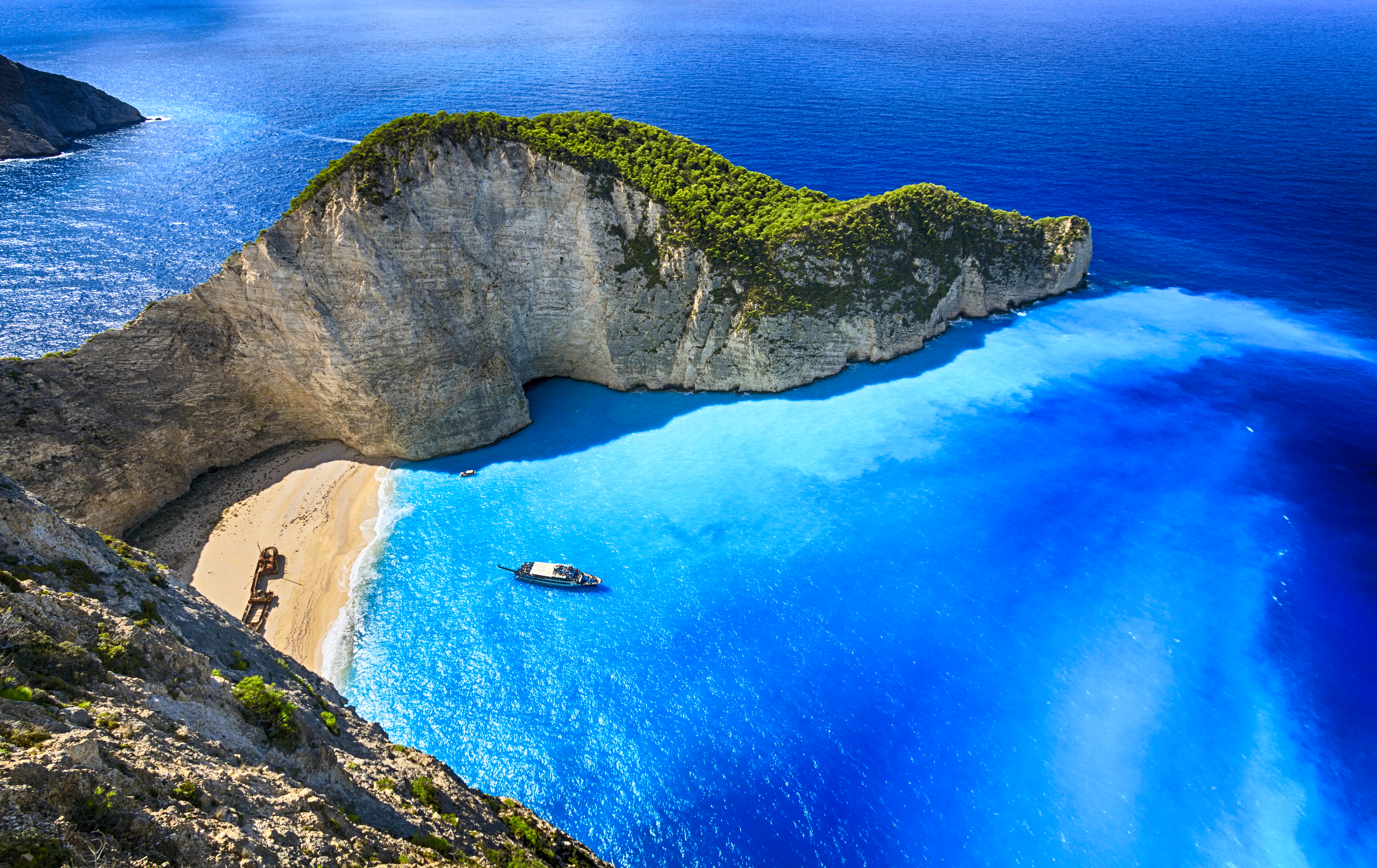 To say that the past few years have been tough for Greece would be an understatement. The country has suffered hard in the wake of the global financial crisis that rocked the world in 2007 and 2008 when it almost toppled out of the euro zone during protracted talks with European Union (EU) and International Monetary Fund (IMF) lenders over a bailout deal.

For ordinary people, the price of the series of multi-billion euro bailouts to shore up the economy and the nation’s banks has been harsh austerity measures. These have not been popular with Greece’s 11.3 million people, resulting in mass rallies on the streets and calls to put an end to the tight reins on public finances and increase spending.

The country is still mired in debt. Total national debt is estimated to peak this year at 182.8% of gross domestic product (GDP), according to European Commission forecasts. And, despite a raft of reforms and cutbacks, Greece has been again clamouring for a tranche of EU bailout cash to avert a fresh calamity as recently as June 2016, as cash withdrawals from the banks has been restricted and some branches kept closed.

During the first half of 2015, the Central Bank estimates that around €45 billion left the banking system.

While a fresh injection of EU funds averted another crisis, Greece remains vulnerable, and pressure remains to continue trimming spending, raising taxes and liberalising more of the economy. Growth has been negatively impacted and unemployment stands at about 25%. It has been estimated that Greece’s economy has shrunk by around 27% since the start of the financial crisis.

Still, this is a country with a long and proud history, and one that has influenced the world. It is this, perhaps, that gives the Greeks the resilience and belief that all will be well in the end. The richness of ancient Greece is still very evident today in its literature, art, and politics; indeed, it is dubbed the birthplace of western democracy.

The legacy of this bygone era, which produced esteemed figures such as Socrates, Plato and Aristotle, continue to influence and shape political, economic and creative thinkers the world over.

This rich history also brings in tourists from across the world in large numbers. The ancient ruins of bygone Greece are a visual reminder today of how life may have been 2000 years ago. Walking through the famed Acropolis (just one of countless legacy sites still standing, albeit with plenty of wear and tear) above the capital Athens brings that illustrious history to life.

With hours of Mediterranean sunshine, endless miles of golden coastline, both on the mainland and across the many diverse islands — Greece boasts 6000 islands and islets scattered in the Aegean and Ionian Seas — it is a natural tourism magnet.

Fortunately for Greece, these are enduring qualities that have not been forgotten by visitors who have continued to support the country through its economic woes.

While the flood of migrants and makeshift camps on well-known holiday islands like Lesbos, and on the mainland, brought another unwelcome problem to Greece, it appears that the holiday industry was little affected.

Tourism numbers sunk to 17.7 million in 2008, in the wake of the financial crisis, but have since crept up to around 25 million in 2015, and may exceed that in 2016. The industry is tipped to benefit this year as people switch bookings away from Turkey after the failed military coup in July.

The vast majority of arrivals to Greece are from within the EU, with Germany and the UK accounting for the largest single markets.

Situated in the far south of the Balkan peninsula, Greece has a varied landscape from the towering mountains of the mainland, to the diverse islands, of which only 227 islands are inhabited, the largest of which is Crete.

It is also significant as the south-eastern tip of the EU mainland, bordering Albania, Macedonia and Bulgaria to the north, and Turkey to the east, where a highly volatile relationship has been anything but simple.

It is a high stakes rivalry that is also played out in Cyprus, an island bitterly divided by Greek and Turkish influence, since Turkey invaded in 1974.

As well as tourism, it is perhaps fitting that shipping and the maritime sector is also important to Greece given its unique island geography, with Piraeus the gateway port in Athens.

Greece remains an important register for international shipping as the ferries that ply the routes between these small island outposts are not only popular with tourists, but also represent economic lifelines and a connection to the mainland.

Shipping today is one of the healthiest and most dynamic sectors of the economy, representing almost 8% of GDP. Moreover, Greek ship owners control over 17% of the world carrying capacity and are involved internationally in the cargo and passenger trades.

Greek agriculture also remains an important supplier of food for supermarket shelves across Europe, including olives, strong feta cheese, and even stronger ouzo, a traditional clear spirit, as well as the famed Metaxa brandy.

In 2004, Athens was thrust into the global spotlight for positive reasons as the host of the summer Olympics. According to Greek history, the first Games can be traced back to 776 BC, while the rebirth of the modern Olympic movement also took place in Athens back in 1896.

Though recent years have been challenging, there are signs that things are easing, as growth levels out and capital controls — designed to stem the flight of deposits out of the country’s banks during crisis times — are gradually eased as confidence in the banking system returns.

One of the next big challenges facing Athens is restructuring the nation’s massive debt. An outright debt reduction — a so-called haircut — has been ruled out by creditors, but the repayment timetable for loans could be extended or interest rates reduced, which would free up money for other things.

Despite a weakened economy, Greece remains appealing to international businesses as a long-term EU Member State and one with easy access to the rest of south-eastern Europe, the Middle East and countries around the Black Sea.

There are many familiar British companies that hold a presence in the country including Vodafone, Dixons Carphone, Marks and Spencer, Unilever, GlaxoSmithKline, AstraZeneca and British Airways.

For the UK, it is a market that is easy to access with thousands of flights making the 3.5 hour trip on holiday charter flights and low-cost airlines, including Easyjet and Ryanair.

Over 2 million tourists from the UK visit Greece every year and there are around 35,000 British citizens estimated to be living there, with many others owning second homes or yachts on the islands.

British products and services are also well received, provided prices are competitive, and there are strong educational and cultural links between the two counties.

While British exports to Greece over the last four years or so have fallen as a result of the debt crisis, it remains a significant market for goods. In 2015, UK exports to Greece were worth £2.2 billion, incorporating a mix of machinery, medicinal and pharmaceutical products, manufactured items, vehicles and other equipment.

In the services sector, the City of London has strong ties to Greece, in part, because of the shipping sector and its need for insurance. This is an area that will hold strong whatever the prevailing climate.

While Brexit might start to shift the UK’s current trade relationship with Greece — indeed, the unpopularity of austerity measures mean many Greeks are calling for their own Grexit — there is sufficient reason to believe that the bilateral partnership is strong enough to prosper regardless.

Haulage firm Transmec UK, for example, recently expanded its European freight coverage with the launch of a new link to Athens from its three bases at West Thurrock, Bradford and Redditch.

John Simkins, Transmec UK’s general manager, said the post-Brexit service was launched in response to “growing demand” from customers. “We are now able to offer pan-European coverage and a seamless service for UK importers and exporters which includes intermodal options,” he said.

Still, there remain some contentious issues for the two governments to deal with, not least over the proposed return of the Elgin Marbles, ancient artefacts taken from the Parthenon some 200 years ago and held in London ever since.

While Greek officials have repeatedly demanded their return, the British Museum has said that they were acquired by Lord Elgin through a legitimate contract with the Ottoman Empire, which ruled Greece at the time.

Still, even this enduring diplomatic tug-of-war is unlikely to have any real influence over bilateral business.

More significant will be how the government continues to restore confidence in the financial system and rebuild the economy generally. For now, that remains work in progress, and Greeks continue to draw strength from antiquity, and a time when their country led the world.

*This article appears in the latest issue of our magazine Trade International Digest, available on Croner-i International Trade as part of your subscription. Click here to access the November 2016 issue of this magazine.