As the construction industry continues to suffer from a lack of recognised and monitored competence, could a mandatory licensing scheme be the answer? Dave Howell reports. 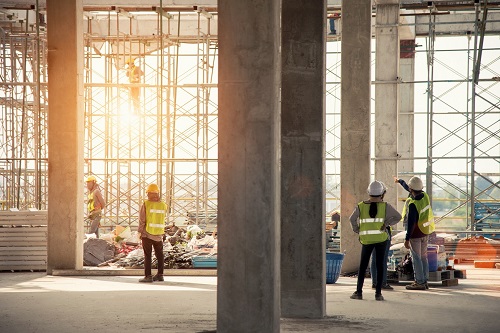 A question of quality

The lack of any professional body that licenses builders and contractors has continued to erode the trust that consumers and purchasers have of construction services for decades. With little professional competence recognition, the construction industry, and the variety of skills it offers, has remained opaque. This could change with the establishment of a mandatory licensing scheme.

Setting up a scheme

In its report, the Federation of Master Builders (FMB) outlines its ambitions: “Licensing the UK construction industry would provide a means of barring and removing from the industry those who are shown to be incompetent or who undermine standards as a matter of course. Licensing would provide a much higher level of assurance to consumers and improve quality and safety. The need to renew licences over time could also be used to promote upskilling.”

“Licensing will help drive up standards and help address the issue of quality and professionalism, which in some areas, is falling short. At the heart of what we’re trying to do is increase protection for the ordinary person who engages with the construction sector. Indeed, according to research by the FMB, one third of homeowners are so worried about having a bad experience with their builder, they are putting off commissioning construction work altogether. This could be costing the economy as much as £10 billion a year. Enough is enough and the industry itself recognises that.”

Research by the FMB reveals that more than three-quarters (77%) of small and medium-sized construction firms support the introduction of licensing to professionalise the industry, protect consumers and sideline unprofessional and incompetent building firms.

How would the scheme work?

To gain an insight into how a mandatory licensing scheme could deliver the regulation that the construction sector has been lacking, Croner-i spoke with Philip Campbell, Head of Policy and Public Affairs at the FMB.

Why has it taken so long for the construction industry to move towards mandatory licensing?

“Developing a licensing scheme which achieves consensus across the whole industry, and which works for consumers, is a big challenge and not something to be rushed. The Construction Licensing Task Force, which has been formed to develop this proposal, will spend at least two years figuring out the key elements of the scheme, including scope, required standards and enforcement.

“The time is now ripe for this issue to be brought forward. In the wake of the Grenfell tragedy, when the industry needs to increase its standards and quality, and in light of some media stories bringing into question the quality of some new-build homes, it’s important that the industry takes decisive and transformative action to improve its image and output.”

What are the key challenges to developing a mandatory licensing scheme that can apply to the entire construction industry?

“Challenges include how the licence will be enforced and how the scheme will be paid for, as well as who will provide it. Another challenge is how the licence will operate across the devolved nations. Finally, it’s essential that consumers buy into the idea and understand that construction companies will not be able to offer building services without a licence.”

How must a new scheme differ from the TrustMark, for instance, that has failed to instill trust in users of construction services?

“TrustMark is an entirely voluntary scheme whereas licensing will be mandatory. The standards and competency requirements must have teeth to ensure it’s a suitable barrier to entry to the construction industry. Consumers have had enough of the fear of being ripped off by rogue builders. Research by the FMB found that the UK economy could be missing out on £10 billion of construction activity a year because of anxiety over rogue building firms.”

As the construction industry consists of a range of diverse services, can one mandatory licensing scheme cover the entire industry?

“A sub-group of the Task Force has been set up especially, to flesh out the scope of the licence. The Licence to Build report that the FMB commissioned last year recommended basic requirements for a licence. These checks could contain director checks, financial checks and county court judgment checks, which are applicable to building companies of every size, shape and sector. And even this basic level of competency could help to bar rogue traders from the industry and improve the image of construction.”

How would a mandatory scheme have to integrate with other schemes already in place for specific construction services such as electrics?

“It’s important that this scheme brings together and rationalises existing competency schemes. Often, builders and tradespeople will have a number of badges on their van, and this is not only costly for the builder but also confusing for the consumer. One licence which encompasses sector-specific schemes will help to rationalise this landscape.”

Would mandatory licensing improve the quality of the services delivered by the construction industry?

“A licensing scheme will improve the image of the industry and, encourage a good quality of candidate into the industry. This will raise standards and productivity. At present, when people think of builders, the stereotype is rogue traders; however, the majority are highly skilled professionals who have trained for at least two or three years. A licensing scheme which has been developed by the industry itself sends a strong signal that the industry is professional and delivers high-quality services. The licence would also have to be renewed every three years or so and would require CPD as part of the renewal process to ensure professionalism is maintained.

“Brian Berry, Chief Executive of the FMB, also said the vast majority of builders and homeowners want to see the construction industry professionalised. It’s unacceptable that more than half of consumers have had a negative experience with their builder. However, we shouldn’t be surprised by this, given that, in the UK, it is perfectly legal for anyone to set up a building firm and start selling their services without any prior experience or qualifications.

“This cannot be right given the nature of the work and the potential health and safety risks when something goes wrong. In countries like Australia and Germany, building firms require a licence and we want to develop a scheme that regulates our industry in a similar manner. I am delighted to be part of the Construction Licensing Task Force and will ensure that any such scheme works for small building firms.”

There is little doubt that a mandatory licensing scheme would aid the entire industry in terms of its current perceived lack of professional expertise. Stakeholders are largely in agreement that a scheme would benefit their construction businesses and the industry as a whole.

John Slaughter, Director of External Affairs for the Home Builders Federation commented: “There are many existing and potential mechanisms that can help ensure the sector produces quality products and services for its customers and it is important that we bear in mind their role and contribution in any consideration of the case for mandatory licensing.

“The diversity of the construction sector and the different considerations which apply to particular markets and different sizes of company is likely to be the most significant challenge. We also need to bear in mind that both our customers and construction businesses need any future arrangements to be practical and navigable.”

All eyes are now on what the two-year consultation will deliver as recommendations to launch the scheme. Voluntary schemes will likely continue, but a mandatory licensing system that is properly funded and has the power to act against any business that breaks the terms of its licence looks likely to be in the future of every business connected to the construction industry.