A recent case in the High Court examined the relationships between the legal right to silence and the coronavirus regulations. Barrister Robert Spicer reports. 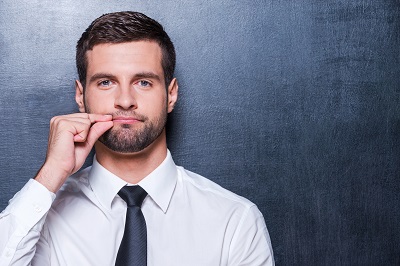 The High Court gave guidance on the relationship between the legal principle of the right to silence and coronavirus regulations in the recent case of Neale v DPP.

The facts of the case were that, in April 2020, during the first lockdown, N went into Newport, South Wales, city centre to take a friend’s car for an MOT test. The friend was a key worker.

N was sitting on a bench waiting for the test to be completed when he was approached by Police Community Support Workers (PCSOs), who asked him to give reasons for his being in public and to give his name and address so that he could be served with a fixed penalty notice. N refused to give this information. He was then asked by a police officer to give this information. He refused to do so and was arrested by the police officer and taken to a police station.

N was charged with an offence under the Health Protection (Coronavirus Restrictions) (Wales) Regulations 2020 and with obstructing a police officer. The regulations in force at the time (now significantly amended) set out restrictions on an individual’s movement. They stated, in general, that individuals could not leave the place where they lived except in a number of circumstances, eg to obtain basic necessities and to travel to work where it was not possible to do so from home, or to fulfil a legal obligation.

The Newport Magistrates’ Court found N not guilty of the offence of leaving home without reasonable excuse, because he was a homeless person. The prohibition on leaving home did not apply to homeless persons. He was convicted of the obstruction offence on the basis that there was an implied duty under the Welsh Coronavirus Regulations to give personal details to the police because otherwise the regulations would be inoperable.

N appealed to the High Court. The High Court allowed the appeal and made the following points.

The implications of the case

The wider implications of the Neale case include the following.

In the context of health and safety, the case illustrates the potentially wide application of the Coronavirus Regulations and difficulties with their enforcement. Although similar situations to the Neale case are unlikely to arise in the workplace, they may well occur during employees’ travel to and from work and during homeworking. Most workers should be advised to provide their names and addresses if required to do so by PCSOs or the police. A refusal to do so may mean a trip to the police station under arrest, which is obviously best avoided in all circumstances. It is difficult to argue that a request to provide basic information is a serious threat to civil liberties and/or human rights, particularly in the course of a global pandemic.

The relevant regulations have been significantly amended on a number of occasions to reflect changes in the progress of the pandemic. The best advice for employers and employees is to follow government advice and to comply fully with the regulations and with police requests and directions, to avoid the possibility of legal proceedings.