After a 12-month delay due to the Covid pandemic, COP26 finally got underway at the weekend. Hosted by the UK and Italy, world leaders and climate negotiators gathering in Glasgow have just two weeks to thrash out an agreement for what many believe to be the last chance to save the planet from the irreversible consequences of climate change. But, as John Barwise explains, reducing greenhouse gas emissions, the main cause of climate change, remains the biggest challenge. 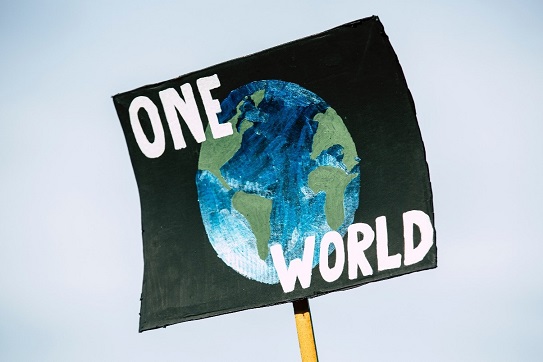 Speaking at the United Nations a few weeks ahead of the Glasgow summit, Prime Minister Boris Johnson urged world leaders not to treat the planet as an “indestructible toy” and warned of the irreversible damage from burning coal. He told the general assembly that the world was becoming uninhabitable because of climate change and described the COP26 summit in Glasgow as “the turning point for humanity."

Over 20,000 delegates are expected to attend the main events at COP26 in Glasgow, where climate experts, negotiators, policy makers and world leaders will debate how to make global progress on climate change. Hundreds of thousands more are expected to attend to protest over the lack of any meaningful action to prevent global warming.

The two-week conference comes with a packed agenda dealing with issues such as securing a promised commitment to mobilise at least $100 billion in climate finance per year to help developing countries adapt to the inevitable consequences of climate change — most of the funding has been delayed until 2023. There will also be negotiations on how to get all countries to commit to restoring ecosystems and making farming more sustainable.

But as global temperatures continue to rise, the main challenge for the conference will be securing a global commitment to reduce greenhouse gas emissions and prevent global temperatures rising more than 1.5°C to help avert the worst impacts of changing climate. The latest evidence suggests this may be harder to achieve than predicted and time is running out.

Greenhouse gas (GHG) emissions in the atmosphere reached another record high last year, with the annual rate of increase above the 2011–2020 average, and that trend is continuing into 2021 according to the World Meteorological Organization (WMO).

Concentration of carbon dioxide (CO2) in the atmosphere is 149% of the pre-industrial level, with other potent greenhouse gases such as methane and nitrous oxide also continuing to rise significantly.

Announcing the report findings, WMO Secretary-General Professor Petteri Taalas said that “current trends indicate that by the end of the century, temperatures are likely to be far in excess of the Paris Agreement targets of 1.5°C to 2°C above pre-industrial levels”.

“The last time the Earth experienced a comparable concentration of CO2 was 3-5 million years ago, when the temperature was 2-3°C warmer and sea level was 10-20 meters higher than now. But there weren’t 7.8 billion people then,” said “We are way off track.”

As emissions rise, global temperatures will continue to increase, leading to yet more extreme weather including severe storms, intense heat and prolonged rainfall. With melting ice caps and rising sea levels also expected to intensify, the catastrophic consequences of climate change that are already affecting communities and economies around the globe, are expected to get worse in the future.

On the same day, the WMO released its greenhouse gas emissions data and the UN Emissions Programme (UNEP) published its latest Emissions Gap report summarising the difference between where greenhouse emissions are predicted to be and where they should be to avert the worst impacts of climate change.

This year, the spotlight is on the new and updated nationally determined contributions (NDCs) that countries were requested to submit in advance of COP26. NDCs are at the heart of the Paris Agreement and represent the actions of individual countries to reduce national emissions in line with international efforts to keep global temperatures no more than 2°C above pre-industrial levels, and ideally at, or below, 1.5°C temperature rise.

So far, 120 countries have submitted their NDC, including their emissions reduction pledges running up to 2030. Taking into account other climate commitments, the report finds that when all the pledges are added together, GHG emissions will fall by just 7.5% by 2030, well below the 30% reduction needed to meet the 2°C target and dangerously below the 55% needed to achieve 1.5°C by the same date.

That means the current NDC plans would need to have seven times the current level of ambition to remain under that limit. Inger Andersen, Executive Director of UNEP said: “Climate change is no longer a future problem. It is a now problem. To stand a chance of limiting global warming to 1.5°C, we have eight years to almost halve greenhouse gas emissions: eight years to make the plans, put in place the policies, implement them and ultimately deliver the cuts. The clock is ticking loudly.”

The Emissions Gap Report shows that new national climate pledges combined with other mitigation measures would see global temperatures rise by 2.7°C by the end of the century — significantly higher that the Paris agreement goals.

UN Secretary-General António Guterres described the latest findings as "another thundering wake-up call". Speaking at the launch of the report, he added: “How many more do we need? The recent IPCC report already showed that, unless we reduce global carbon emissions by 45% from 2010 levels by 2030 — 100 months from now — we will not reach a 1.5 degree future”.

The report goes on to say that net-zero pledges, which around 60 countries have signed, could bring the predicted global temperature rise to 2.2°C, providing hope that further action could still head off the most-catastrophic impacts of climate change. But net-zero pledges are still vague, incomplete in many cases, and inconsistent with most 2030 NDCs.

As hosts of this year’s COP26 Climate conference, the UK had to set an example. A legally binding commitment, signed in 2018, to deliver net zero by 2050, was a good start, but needs to be backed up with verifiable ambitions and tangible results.

The government’s NDC commits the UK to reducing economy-wide greenhouse gas emissions by at least 68% by 2030, compared to 1990 levels, including information on how this target was developed and is quantified.

As part of that commitment, the government set a target to cut emissions by 78% by 2035, compared with 1990 levels. Emissions fell by 40% between 1990 and 2019, with most of the savings coming from closing down coal-fired power stations and expanding renewables. The UK has 6 of the 10 highest-capacity offshore wind projects, with plans to quadruple capacity by 2030, producing 40GW of power.

A recent analysis of the government’s net zero strategy published by the Climate Change Committee (CCC), recently concluded that overall, the government was on track to meet its 2050 targets.

The strategy includes a fully decarbonised power sector by 2035, an expansion of renewable energy and electrification, supported by low-carbon hydrogen, leading to a phase-out of fossil fuels in surface transport, home heating and much of industry.

The CCC welcomed government proposals for scaling up private investment in almost every area of the economy, including contract auctions for renewables, grants and contracts for carbon capture, usage and storage (CCUS), and hydrogen use and other incentives.

But the Committee said the government needed to do more about its “vague plans” for improving home energy efficiency, with more emphasis needed on reducing demand for high carbon activities. The CCC also raised some concerns about how the Treasury will use the tax system to support the transition to net zero, or how it will fill the fiscal gap implied by falling fuel duties. There was no new money in the Chancellor’s autumn budget to deal with this.

Lord Deben welcomed the government’s ambition but added; “Now they must deliver these goals and fill in the remaining gaps in funding and implementation,” including action on diet changes and policies for managing travel demand including reductions in aviation.

While emissions are now around 50% below 1990 levels — the baseline for UK climate targets – the CCC stressed that “the journey to net-zero is far from half done,” and that progress is needed outside the power sector, or the government will fail to meet its commitments for the sixth carbon budget, “by a huge margin”.

Two weeks to save the planet

International summits are renowned for their brinkmanship, leaving final decisions till the last minute to allow all world leaders to take the credit for getting “the deal” over the line. It took two weeks of tough negotiations and several “all-night” sessions to get the final text for the Paris Agreement endorsed by all parties, hours after the conference was officially supposed to end.

Despite Covid restrictions, over 100 world leaders are expected to attend the COP26 summit in Glasgow, but only a few names are widely known so far. The USA president, Joe Biden who re-joined the UN climate talks after former president, Donald Trump pulled out, will attend talks, with veteran climate negotiator, John Kerry in support. Most of the developed countries, including the European Union, will also attend.

But the presidents of two of the world’s biggest polluters will not be going to Glasgow. President Putin of Russia will not attend, citing concerns over Covid, but will attend “virtually”. President Xi Jinping, who has announced China will hit peak emissions by 2030 but not net zero until 2060 — 10 years after the UN emissions target — will also not be attending, although they will both be sending envoys to join the talks.

All signatories to the Paris Agreement have been asked for their plans to cut greenhouse gas emissions. So far, these commitments may well fall short of the targets needed to meet global net zero commitments by 2050. Whether the negotiations can deliver new and improved outcomes is unknown.

As with the Paris Agreement, brinkmanship is likely to prevail, and we may all have to wait until the last minutes of the conference to find out whether world leaders have managed to achieve Boris Johnson’s “turning point for humanity”.