Nature too is not having an easy time. But a healthy biodiverse environment is vital for a sustainable world. Which is why world leaders met this autumn to make big decisions at COP26 in Glasgow but also COP15 in China. Jon Herbert reports. 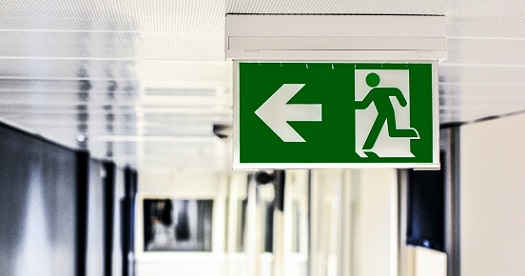 If technology and decarbonisation are one half of the solution for a post-Covid green economic recovery, nature and natural solutions offer the other. However, both sides need urgent help.

Which is why, as the natural environment shows signs of distress, there is growing pressure to improve our use and governance of the seas, freshwater and land in producing energy, food, building materials, medicines, commercial resources, and as a defence against flooding.

Sitting on hands is no option

UN Secretary General, António Guterres, has warned of the potential dangers of taking the easiest course and doing nothing after a rough global ride with the pandemic.

“2021 must be the year to reconcile humanity with nature”, he says, adding that, “until now, we have been destroying our planet. We have been abusing it as if we have a spare one.”

Ecosystem damage harms society. Recent Siberian forests fires released circa 65 megatonnes of carbon. Coral reefs, home to some 33% of known ocean species, are dying. The Amazon — “the lungs of the world” — now releases more carbon than it absorbs.

COP26 focussed on these many issues. But it was not the only UN forum considering the deteriorating state of the natural world this year. Risks to biodiversity was discussed at COP15.

The aim of COP15 (Convention on Biological Diversity) is to agree goals for nature that over the next decade will transform society’s relationship with biodiversity so that by 2050 — as well as reaching net-zero emissions — humans can also live in net-zero harmony with nature.

The summit is in two parts. It took place virtually from 11 to 15 October 2021, and will continue in-person from 25 April to 8 May 2022 in Kunming, China. A more ambitious framework will be one sign of success.

However, like COP26’s objectives, complete success will depend on governments, business, communities and individuals working together at a local, national and global level.

As outlined at the end of this feature, a key UK driver will be the post-Brexit Environment Bill, which after long pandemic delays, will finally become law.

As part of a tranche of new green legislation that will shortly include a new Heat and Buildings strategy, it will give companies greater environmental responsibilities and opportunities.

Martin Baxter, Director of Policy & External Affairs at the Institute of Environmental Management & Assessment (IEMA), focussed on this point recently when he explained that: “Every single business will in some way at some point be impacted by the bill.”

Why is the natural world at risk now?

Centuries of hard work supported by evolving technology and machinery mean that humans control circa 70% of ice-free land. The total mass of human-made infrastructure is now larger than all the planet’s biomass. Humans and domesticated animals together form 90% of Earth’s mammalian mass. Extinction threatens 1-in-8 species.

The goals is to halt and reverse ecological destruction, protect at least 30% of the world’s oceans and land, and, importantly, provide a third of climate crisis mitigation through nature by 2030.

Further goals by 2050 include a 90% in extinction rate cut, ecosystems improvements, putting values on nature’s contribution to humanity, and providing financial resources, in addition to the $100 billion annual COP26 commitment to help developing countries transition to net-zero emissions.

A draft agreement hammered out during gruelling scientific and financial negotiations in May and June will have already been scrutinised by individual governments before it goes to the COP15 summit for final agreement.

Natural solutions could provide an estimated one third (circa 7 gigatonnes of CO2) of the mitigation needed to curb global warming to a maximum of 1.5°C to 2°C. They are also less costly than other forms of carbon removal.

However, NCS can also produce valuable benefits for nature and communities, including the creation of new commercial markets.

Research shows that rising temperatures since 1960s have damaged crops and livestock production; productivity is now much lower than if humans hadn’t rapidly heated the planet.

With a projected 9 billion global population by 2050, the UN’s Food and Agriculture Organization says food output must rise by 70%; annual crop production by almost 1 billion tonnes; and meat by more than 200 million tonnes a year to avoid starvation.

However, 33% of global food production will be at risk by 2100 if emissions continue to increase at their current rate. If temperatures rise by the 3.7°C, and emissions stay high, many key food-growing areas will overheat and see major rainfall pattern changes in a lose-lose scenario.

Alternatively, solar power and microbes could produce 10 times more protein than crops like soya beans, according to a new study (www.pnas.org/content/118/26/e2015025118) with little impact on the environment when compared to livestock farming.

The idea is that CO2 taken from the atmosphere will create fuel for microbes grown in bioreactor vats. This in turn would be turned into dry protein powders in a process that can be installed anywhere, even with no strong sunshine or fertile soil. Microbes are already used to make bread, yoghurt, beer and Quorn.

Meanwhile, the world must re-wild urban areas, grasslands and savannahs – plus the seas – over an area the size of China to heal nature and the climate, says the UN. It wants a ‘decade of ecosystem restoration’ on a ‘massive’ scale never seen before.

The Environment Bill provides a post-Brexit environmental governance framework with a special emphasis on air quality, water, resource efficiency, waste, nature and biodiversity. It is expected to receive Royal Assent by the end of 2021.

Since March, a new watchdog Office for Environmental Protection (OEP) has operated with a shadow interim status and is already receiving complaints about local authority activities, with powers to take High Court action (www.gov.uk/government/news/interim-office-for-environmental-protection-to-be-launched).

The bill will also include legally-binding targets to stop species decline in England and encourage biodiversity net gain (BNG) in all nationally significant infrastructure.

A key aim is to allow the Government to make important changes backed by new regulations that help to generate business and environmental opportunities.